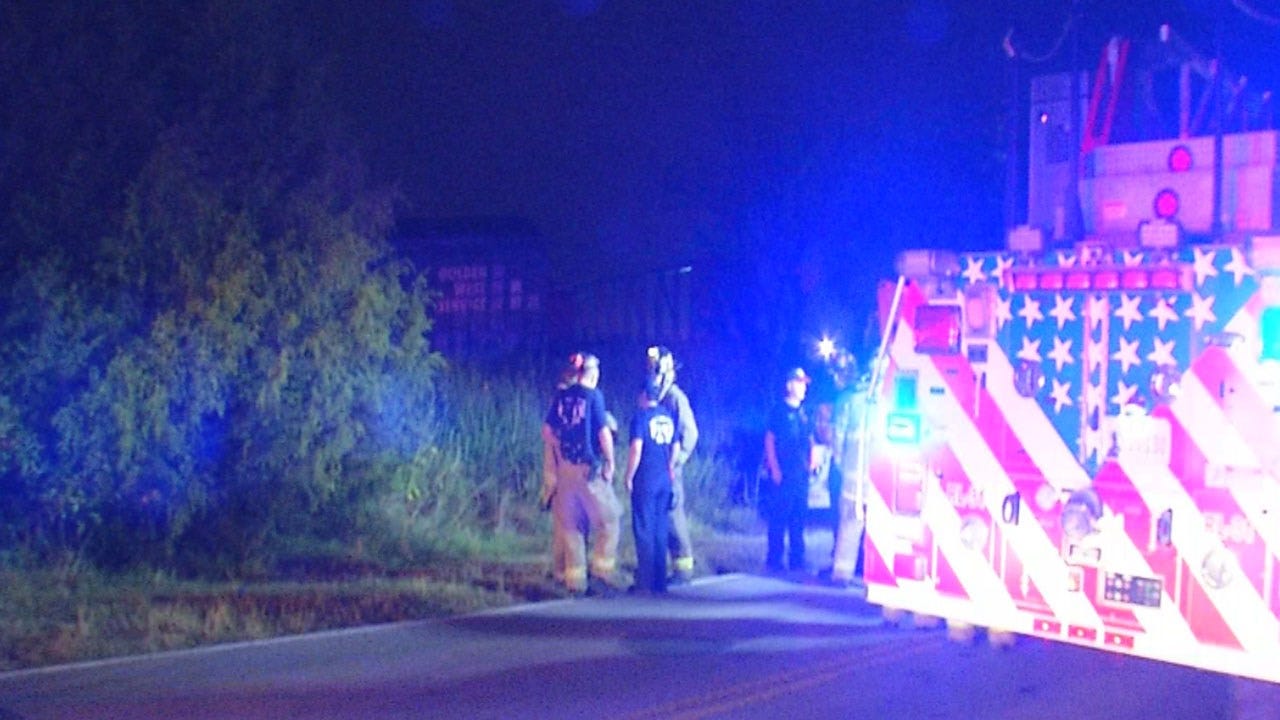 Oklahoma City Police said it was around 8:40 p.m. Sunday when they received the call to rush to the train tracks at N.W. 10th near the Kilpatrick Turnpike.

According to Union Pacific, which operates the train, eight rail cars and two locomotives were involved and thrown off the track.

The train was not carrying hazardous material at the time of the crash, only scrap paper and scrap metal. But the Oklahoma City Fire Department monitored the air quality and said it is does not pose a threat nearby.

The conductor and another worker on the train at the time of the crash were treated for non-life threatening injuries at a nearby hospital.

It was approximately 6 a.m. Monday when the train was removed from the area, but the cars which derailed will not be removed until later Monday afternoon, according to a Union Pacific spokesperson.

Meanwhile the investigation as to what caused this derailment is still going on and it will be some time before that can figure that out. UP will conduct its own investigation and will submit a report to the Federal Railroad Association.

N.W. 10th and Yukon Parkway and N.W.10th and Sara Road are intersections that may be closed for the morning drive.