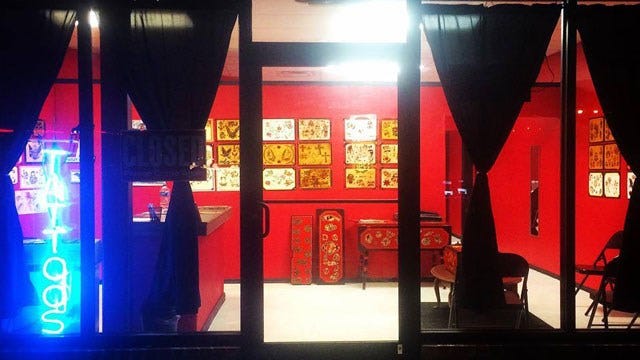 It's been nearly a week since a fight between biker gangs in Waco turned in to a deadly shootout. Nine were killed, 18 were injured, and 170 were arrested by police. Now a tattoo shop in Norman is causing a stir with their stance on bikers and police.

Friday afternoon, Norman Tattoo at Classen and Boyd put a post on their Facebook page that has since gone viral.

The post, and a sign on the door, said the tattoo shop will offer a 25 percent discount to anyone wearing a motorcycle club patch and riding a motorcycle. The sign and post also said police will not be served.

The shop then posted on Facebook, "we simply can't risk having that kind of thing in our shop. This is a family business."

News 9 talked to the owner Saturday, who did not want to go on camera. He told us he believes the deaths in Waco were a result of police brutality and he does not feel safe around police.

We called Norman police and asked them about the tattoo shop. They told us they do not have a comment on the posts.