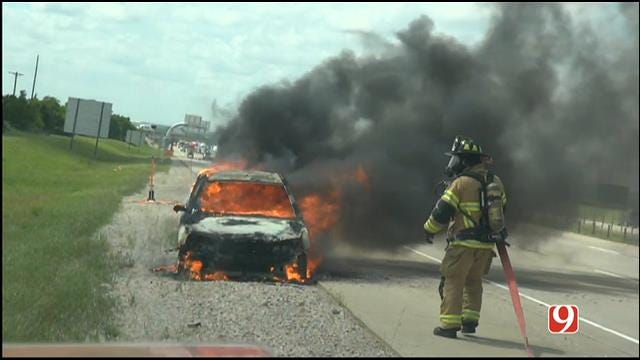 The vehicle was burning near Interstate 40 near Garth Brooks Boulevard.

Traffic in the area was being diverted as several firefighters put out the flames.

There did not appear to be anyone in the vehicle at the time of the fire.