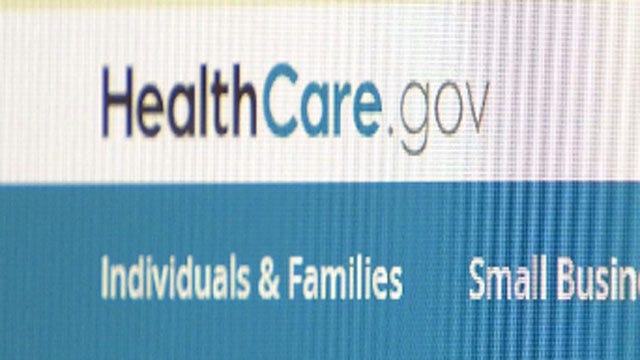 People across Oklahoma in need of health coverage are frustrated and confused by the rollout the Patient Protection and Affordable Care Act insurance marketplace.

Enrollment, under what's commonly called "Obamacare," has already been open for three weeks. Most people News 9 talked with on Monday had not even started the application process. Nearly all of those who had started the process are still battling what some call a glitch and what others are calling a complete failure.

Shelly Tatum, 20, is a busy mom who is no stranger to jumping through hoops and over red tape.

"I've dealt with the government for years," Tatum said.

Now, Tatum is attempting to tackle the website, www.healthcare.gov.

"I spent two hours trying to get insurance online, and I ended up having to call them to get it turned back on," said Tatum.

In central Oklahoma, clinics throughout the metro are working to help patients enroll. Community Health Centers, Inc. plays a big role. Outreach Coordinator Nicole Alexander says things could have been done better on the state level in certifying officials to help people enroll.

"Oklahoma, itself … got stared a little late I think," said Alexander. "We started [certifying people] in September. Right now, we're just kind of playing catch up."

Christina Walters is one of the many who still hasn't even started.

"My medication keeps going up and up … I can't afford it," Walters said.

Currently, estimated prices in Oklahoma can range from just more than $100 a month to more than $700 a month, depending on a patient's plan and age. Tatum hopes her out-of-pocket expenses will soon go down, but she is frustrated and not sure what to believe.

"It's taking nothing but time," Tatum said.

Enrollment support can be found at Community Health Services Centers, Inc. There are eight metro locations: