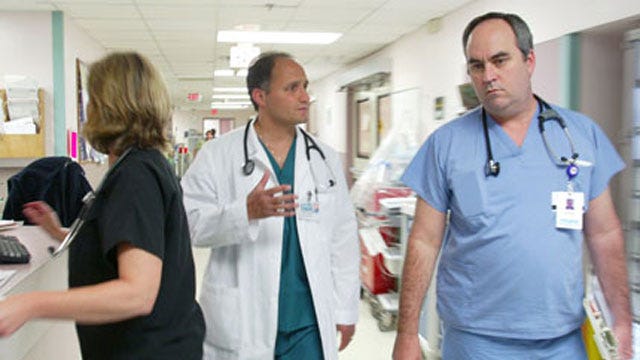 OKLAHOMA CITY -- The federal government has informed Oklahoma Insurance Commissioner John Doak that it intends to take over swaths of insurance regulation in the state to ensure compliance with the Affordable Care Act – commonly known as “Obamacare.”

The federal Centers for Medicare and Medicaid Services is notifying insurers in Oklahoma that it will handle enforcement of the ACA. In a March 15 letter to Doak, the agency notified the Insurance Department of its responsibility to enforce the ACA in Oklahoma because the state has declined to do so. Should Oklahoma enact “market reform requirements,” according to the letter, the federal government will consider transitioning regulations to the state.

Read the letter from Centers for Medicare and Medicaid Services

Read the letter to Oklahoma insurers

Oklahoma Insurance Department spokeswoman Kelly Collins said her agency does not have the authority to subject insurers to dual regulations under both the federal and state regimes. Last week, Doak said he would refuse to enforce the act.

“It is unfortunate that health insurers are being forced into a system of dual regulation by the overreaching Obama administration,” he said in a news release. “My position has never wavered and I welcome every opportunity to overturn Obamacare.”

Doak explained his views in a Feb.27 letter to CMS. In the letter, Doak predicted Oklahoma ratepayers would pay additional costs as a result of the increased regulatory burden. He also objected to additional fees on health policies through state-based health insurance exchanges and required coverage benefits that he deemed “expensive and often unnecessary.”

Outlining his objections to the ACA, Doak noted that Oklahoma voters voted to amend the state Constitution to prohibit forced participation in health care systems, and Attorney General Scott Pruitt is challenging the legality of tax credits to purchase insurance under ACA-mandated exchanges.

“These types of changes to our health care market appear to strategically force consumers and insurers into a system that eliminates free market competition and choice, which would inevitably result in a single-payer system,” Doak argued in the letter. “I am not authorized to enforce federal law,” he concluded.

Read the letter from OID to CMS