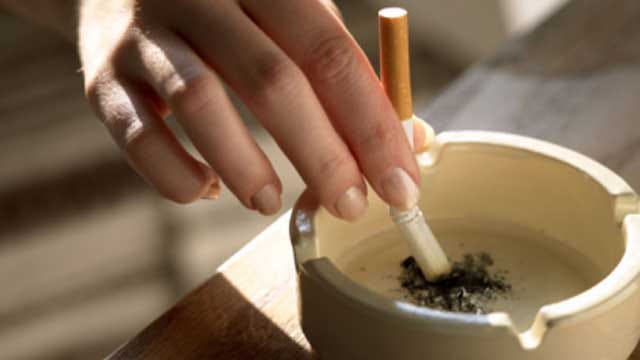 A bill that would have allowed individual cities to ban indoor smoking was snuffed out in the state legislature.

But now the lawmaker who killed the measure is taking some heat.

Oklahoma City is one of 11 cities who are interested in banning smoking in all indoor buildings.

Tuesday council members voiced their displeasure that one person could keep that from happening.

"It's worked out just fine," said Scaramucci. "In fact a lot of people are really pleased to find there's a place, a bar in particular, where they can just come and enjoy and not have a smoke filled room,"

That's what Members of Smoke Free Oklahoma would like to see happen in all public buildings in Oklahoma and believe House Bill 2267, which would have allowed local governments to pass their own smoking laws, was the easiest way to get there.

"We have all these towns saying we don't want to wait on the state to go smoke free, we want to do it on our own so can you help?" said Marilyn Davidson with the American Heart Association.

The Bill passed the House by a two to one margin. And landed on the desk of Senator Brian Crain. the Health and Human Services Chair. And there it sat. Crain killed the bill by refusing to give it a hearing.

A move Oklahoma City Council member Ed Shadid and others blasted Crain for.

"I don't know what to tell my kids anymore, it's not, it's not even a representative democracy when one man with no explanation can kill what so many people, so many people can work for," said Shadid at Tuesday's council meeting.

Crain told News 9 he believes this bill was an incremental approach to banning smoking, and he's concerned we're slowly taking away the rights of smokers "without them being aware of what's going on."

He says he believes there should be an open transparent discussion to banning smoking statewide.

Oklahoma is one of one two states where individual cities cannot pass stricter smoking ordinances than state law.