University Of Oklahoma Fraternity Shut Down Over Racist Video 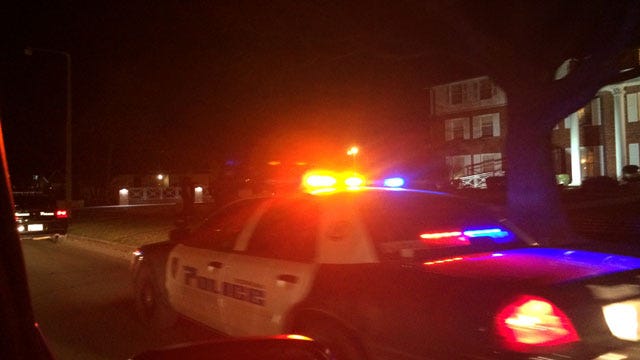 A developing story from the University of Oklahoma campus is getting national attention. A fraternity has been shut down after a video surfaced online showing students singing a racist song.

In the brief video, you can hear and see the members loudly chanting together, "There will never be a n***** SAE." SAE is a reference to the fraternity's Greek letters.

The chant repeats the first verse, then goes on to say, "You can hang them from a tree, but they'll never sign with me."

Sigma Alpha Epsilon's national headquarters has confirmed the students in the video are from its OU chapter and they have taken swift action. All of the members have been suspended, and those members who are responsible for the incident may have their membership privileges revoked permanently.

SAE's national headquarters ordered a cease and desist on the fraternity Sunday night. Fraternity members packed up their belongings and left the house. There was a heavy police presence around the frat due to the national attention the two videos have received.

The SAE's national chapter said they are disgusted that any member would act in such a way, echoing similar reaction we got from students Sunday night.

“You hear a lot of stuff here at the university about you know racial tension and things like that. But to see the video was eye-opening for sure,” OU Senior Keyonte Leggins said.

SAE's national chapter president said in a statement the organization has a zero tolerant for racism. The university and the national chapter will conduct full investigations on the incident.

Also overnight, someone spray painted black lines and the phrase "TEAR IT D" on the side of the fraternity house. We're assuming it's short for "TEAR IT DOWN."

A photographer with the OU Daily got a picture of the person who did it, but they took off before being identified.

This is a developing story. News 9 and News9.com will keep you updated as more information becomes available.

University Of Oklahoma Fraternity Shut Down Over Racist Video