Carney Business, Residents Try To Clean Up After Tornado 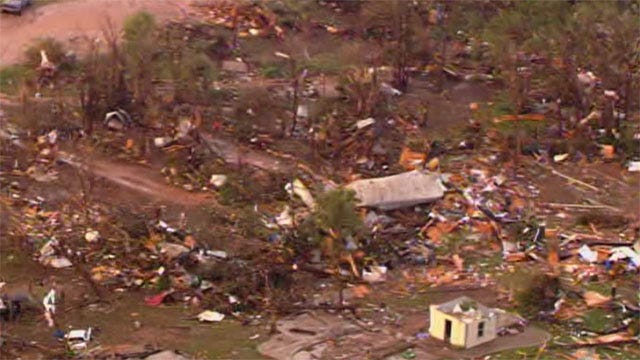 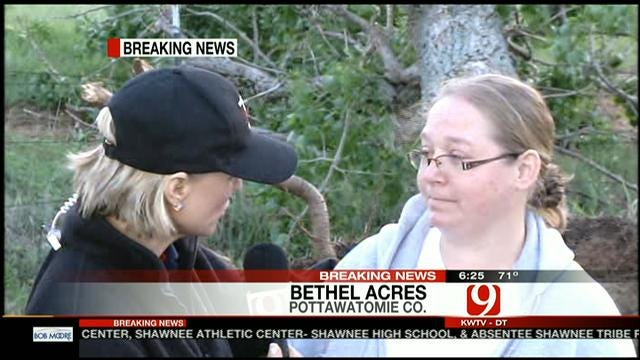 Hundreds of residents in Bethel Acres, Little Axe and Carney are being allowed to return Monday to neighborhoods hit hard by tornadoes, so they can try to salvage what's left of their homes and memories.

Devastating, destructive tornadoes ripped across central Oklahoma Sunday. One hit the Steelman Estates mobile home park in Bethel Acres in Pottawatomie County. The tornado wiped out the trailer park and killed at least one person.

Emergency crews brought cadaver dogs Monday morning to the devastated trailer park. Although authorities don't believe there are any victims trapped in the debris, they are using the dogs to make sure.

News 9 This Morning anchor Stan Miller surveyed the damage Monday morning at the trailer park. He said there was little for residents to salvage. Every mobile home was destroyed, and dangerous mountains of debris were scattered for miles. Stan even found a Samurai sword that had been swept from someone's home, stuck straight into the ground.

News 9 This Morning anchor Tammy Payne spoke with a woman who lost her mobile home to the tornado. Kimberly Graham said she and her family took shelter at her parents' home in Shawnee, but she realized while watching the news Sunday that her home had been destroyed.