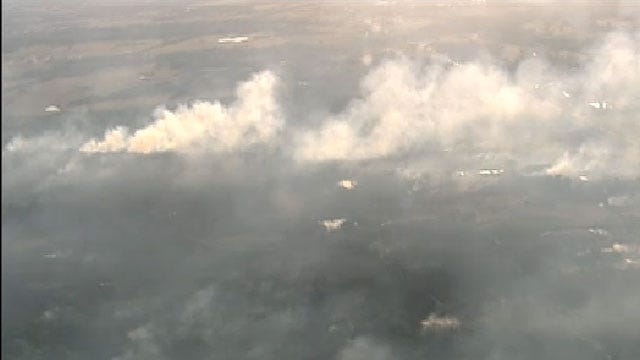 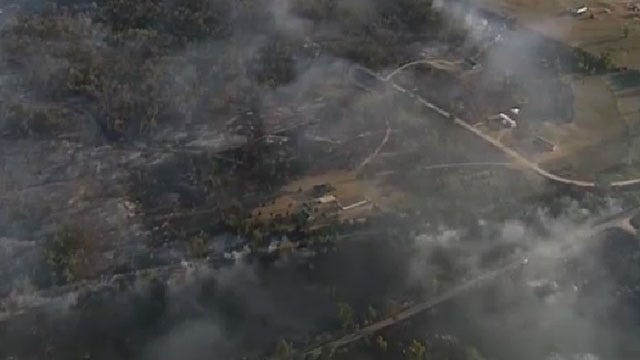 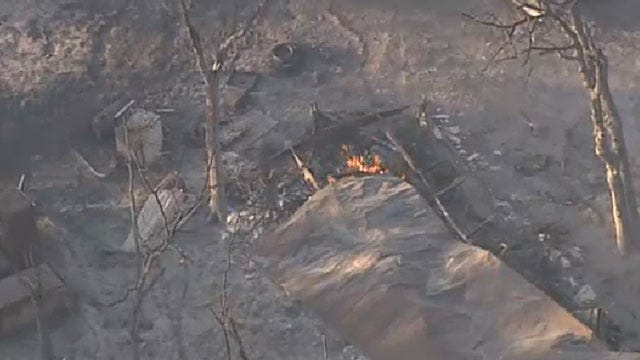 The Pottawatomie County Sheriff Office says 100 homes were evacuated due to the blaze and fire officials have confirmed that at least two unoccupied homes were destroyed.

Firefighters responded to the fire in the area about two miles northwest of Earlsboro, close to Shawnee. First responders quickly had a command center up and running.

Crews on scene reported seeing large plumes of dark smoke in the air.

According to the Oklahoma Department of Emergency Management, an Oklahoma National Guard helicopter  helped contain the fire via water drops.

The fire started at around 2:30 p.m. and burned across two miles so far.

The American Red Cross have closed their evacuation center in Tecumseh City Hall because all evacuees have been allowed to return to their homes. Red Cross volunteers will remain on scene to provide refreshments to firefighters as long as necessary.

Luckily no firefighters were injured while battling this fire. Some did need treatment on scene because of the triple-digit temperatures.

Homeowners say it's now time to clean up and move on.