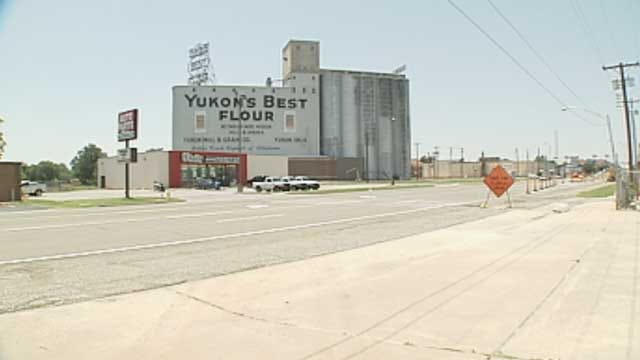 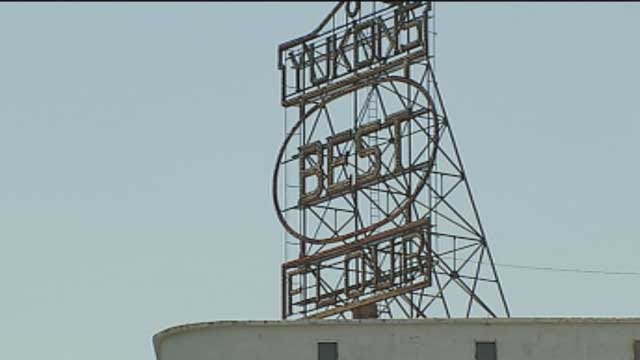 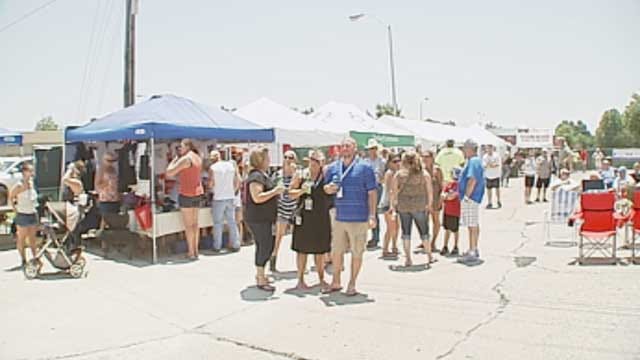 YUKON, Oklahoma -- Route 66, the mother road as some people call it, holds miles of memories and landmarks along the way, including the sign atop the more than 100-year-old flour mill in Yukon.

"This is an iconic sign on Route 66," said Pam Shelton, chairman of the Re-Light the Mill Committee.

The Yukon Flour Mill opened in Yukon along Main Street in 1902 and the historic signs were placed on top of the mill back in the 1940's.

"It's basically what you see when you come into town, so when it's not lit, it's not right," said Grady Cross, owner of Grady's Route 66 Pub and vice-chairman of the Re-Light the Mill Committee.

Right now, he says it's not right. The two signs "Yukon's Best Flour" and "Yukon Mills" haven't weathered the storm of time. Despite a re-lighting of the signs in 1989, the signs are now rusted and most of the 2,500 bulbs are burned out.

"It's embarrassing," said Shelton. "Yukon is not that kind of community. We're proud of Yukon and so we want to show everybody around that we're proud to be Yukonites."

So, the group formed Friends of Yukon's Best, Inc., a non-profit organization focused on raising funds to refurbish and maintain the signs.

"We're going to have to redo the wiring and the letters are rusted," said Shelton. "So, we will be taking the sign completely down."

Shelton says the cost is not small. The group needs upwards of $250,000 to restore the signs. So, the group held a "Black-Out Block Party" on Sunday, featuring 11 time Grammy Award winning country group "Asleep at the Wheel. "

"I wanted to have a concert downtown somewhere to do something for somebody, so she (Shelton) asked me why not ‘Re-Light the Mill?'" said Cross. "So, I said I was in."

The flour mill is no longer in operation. The current owners use it to store grain, but Shelton says they are supportive of the effort to re-light the mill. And she says it will happen, no matter how long it takes to raise the money.

Find out more about the project!