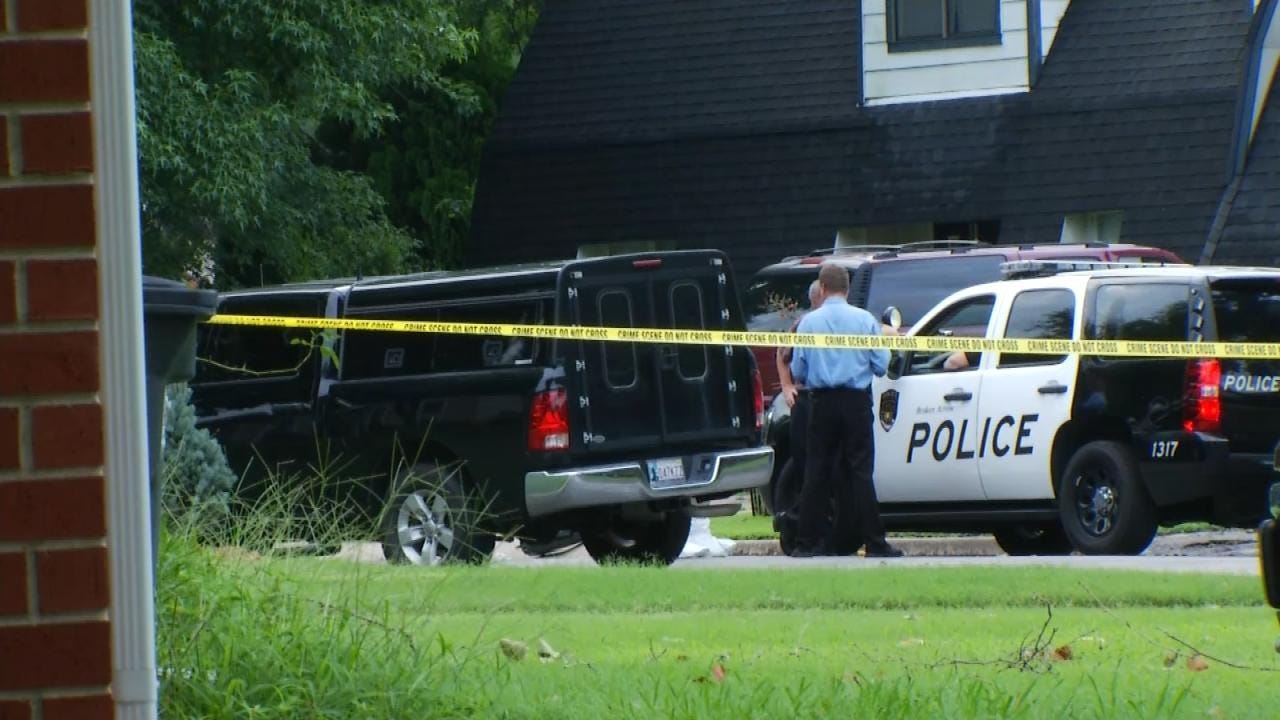 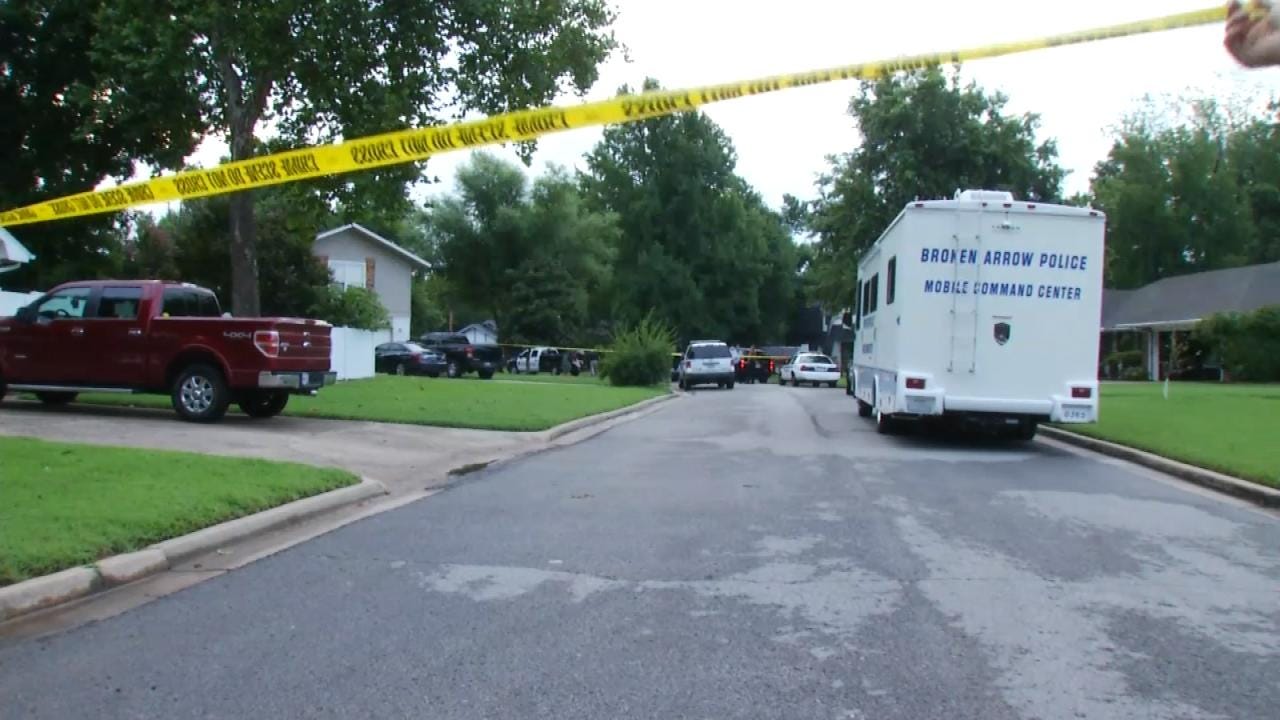 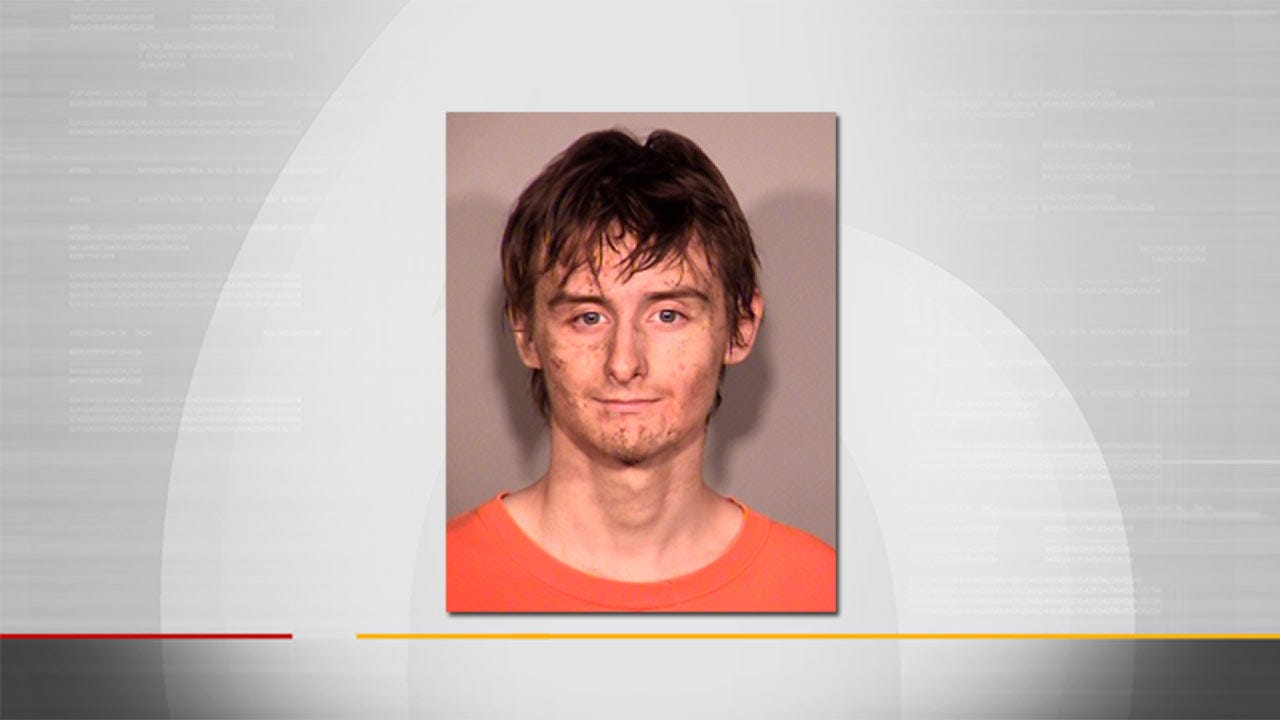 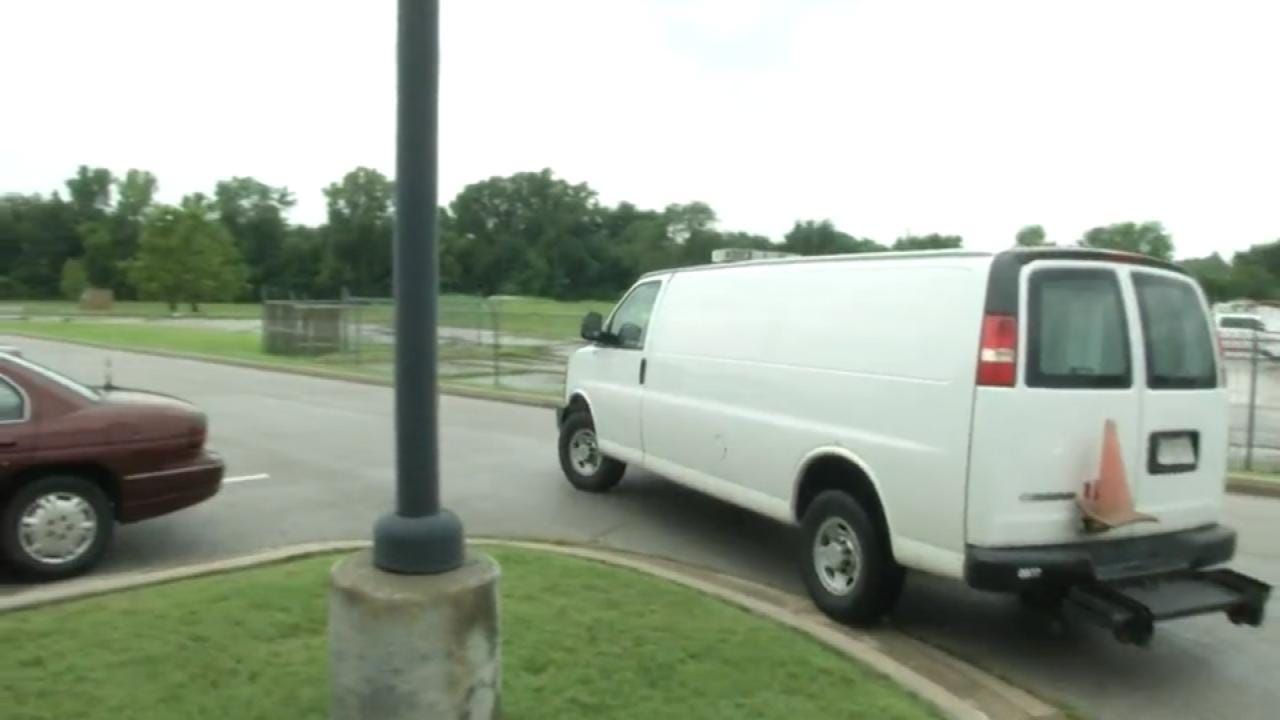 Sgt. Thomas Cooper says officers were dispatched to the scene in the 700 block of Magnolia Court after they got a 911 call at about 11:30 p.m. Cooper said it was an "open line" 911 call, where someone dialed 911 but didn't speak. The location is near 131st Street South and Elm.

Cooper said the five victims, two adults and three juveniles, were stabbed and various knives and hatchets were used in the crimes.

The couple had seven children; four boys and three girls. Two of the boys and one of the girls are dead. Dead are parents David Bever, 52, and April Bever, 44. Police said they won't release the names of the juveniles killed at this time.

Broken Arrow police arrested Robert Bever, 18, and and his 16-year-old brother, who police are declined to name. If murder charges are filed, however, the teen's name should be released as public record, as state law dictates.

Police said a 13-year-old sister had multiple stab wounds and had surgery later Thursday morning. Neighbors say she has come through surgery, is in serious condition and is expected to recover from her wounds.

Another sister, a 2-year-old, was found unharmed in the home and has been placed into state custody. Sources say the 2-year-old was born prematurely and the parents recently started a nonprofit foundation to help other families in the same situation.

According to police, the two teen brothers ran out a back door when police arrived. A K-9 officer tracked the pair along a trail behind the home and police took both into custody a short time later.

One of the teen brothers was later taken to the hospital but police haven't said why.

Around noon, investigators were taking pictures of evidence in the front yard, but officers have blocked the view.

Neighbors say the father worked from home in the computer field and the mother home schooled the children. According to those neighbors, the children were rarely seen outside and were not allowed to play with other kids.

Though most of the neighbors don't know the victims well because they say they were a private family, they say the mother talked about her family often and doted on them.

Neighbors are mostly in shock and say it is very quiet neighborhood, mostly full of retired folks.

"I'm not concerned, because there's always a bad apple in the bunch and I don't think it shows… how the neighborhood is,” Austin Mahan said. “There are just a bunch of nice elderly people."

Many of the neighbors who live close to the home are unable to leave because police have the area blocked off. Police haven't said when they will clear the area.

Investigators with the Oklahoma State Bureau of Investigation are now at the home assisting Broken Arrow police with the case.