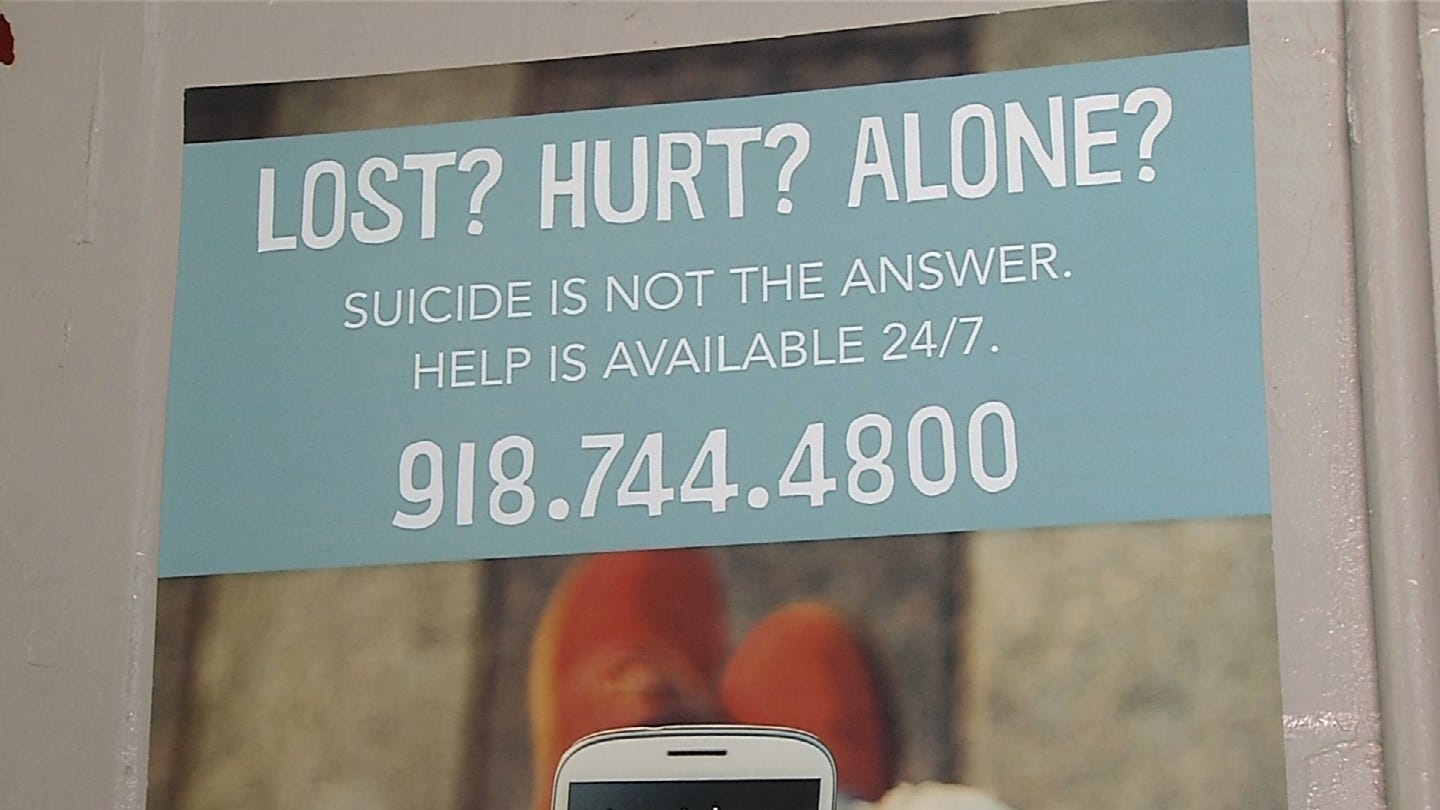 The district has had to deal with several student suicides over the past several years, the most recent in October.

"Suicide is the number two leading cause of death in adolescents and so any time a community experiences a loss it's difficult," Michelle Brown, Collinsville school counselor said.

Brown councils students from both the Jr. and Sr. high schools and says she's noticed more students asking or help more often since Lifelines was put into place.

"We've created a culture in our school where it is okay to ask for help and I think that's the most important thing."

For the Collinsville School District, the Lifelines training program started with 8th graders. On January 11th and 12th graders who wish to participate will also undergo training. It starts with one hour sessions for four weeks. Some of the training includes peer-on-peer role-playing in person and some of the training is done through text messages to understand the differences when someone is depressed and reaching out for help.

"It has affected me personally because there was a kid in our youth group that dealt with this and passed away from it," Collinsville High School Senior, Lucas Grogg said. "It was a really tough loss and it was also tough because I saw so many other people affected by it."

"Our students do know the warning signs now because they've been through the training and they reach out to us more often because they know what to look for and when they're concerned about a friend," Brown added.

And it's not just students who the Lifelines program trains to detect the early warning signs of depression that could lead to suicide. Administrators, teachers and even parents are trained. The idea is to cast a large net around a large group of people who understand what to look out for and what proper response to take to help someone in need.

"A difference that I've seen, we know how to handle those situations and because we've trained our parents our parents know that we're going to reach out to them and offer help," Brown said.

This year’s student council president, Remy Young, has noticed a difference in the high school's hallways. "From what I've heard everyone is pretty excited about it. They know the hard things that we've gone through, need to be addressed and students need an outlet and someone to talk to.

The program also helps teach students coping skills in other areas of their lives.

"I kinda learned to help people through hard news, more than anything if that's just getting not accepted to the school they want to get into, if that's losing a family member or getting a bad grade it's just being able to talk to them and be comfortable," Young said.

News on 6 recently reported that Berryhill and Broken Arrow schools both started the Lifelines training this school year and plan on rolling out the program next school year.