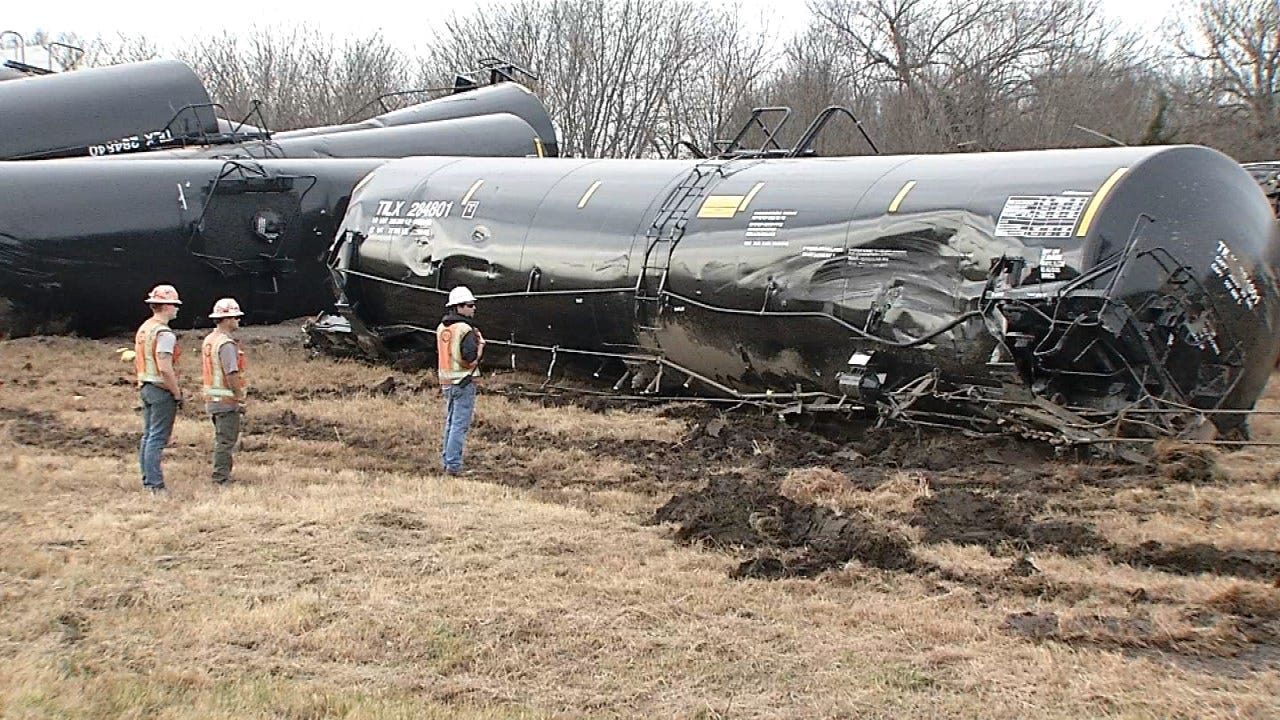 Officials are investigating what caused a train derailment in Pittsburg County.

Crews spent hours working to clean up the mess after 16 Union Pacific Rail cars and one locomotive derailed early Sunday morning along Highway 69 south of McAlester.

There were no injuries and most of the cars were empty so there were no hazardous material involved, officials said.

The derailment happened near a railroad crossing and the pile up blocked off a private road.

Oklahoma Highway Patrol closed one southbound lane of Highway 69 while crews worked on the scene.

The closure caused slow traffic in the area down for most of the day.

Union Pacific says they apologize for any inconvenience this causes the community.

Right now the cause of the derailment is still under investigation.