FDA: It's OK To Eat Some Romaine, But Check The Label First 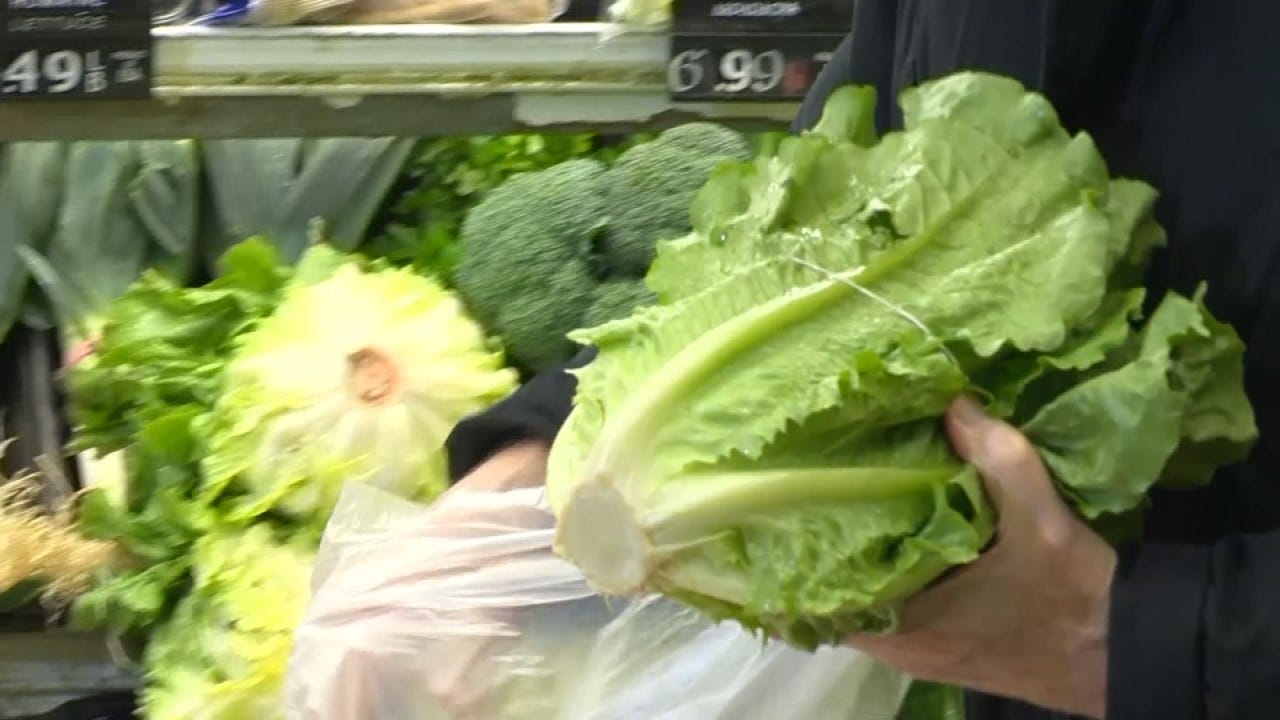 The Food and Drug Administration narrowed its blanket warning from last week, when it said people shouldn't eat any romaine because of an E. coli outbreak. The agency said Monday the romaine linked to the outbreak appears to be from the California's Central Coast region. It said romaine from elsewhere should soon be labeled with harvest dates and regions, so people know it's OK to eat.

The labeling arrangement was worked out as the produce industry called on the FDA to quickly narrow the scope of its warning so it wouldn't have to waste freshly harvested romaine. An industry group said people can expect to start seeing labels as early as this week. It noted the labels are voluntary, and that it will monitor whether to expand the measure to other leafy greens and produce.

The FDA said the industry committed to making the labeling standard for romaine and to consider longer-term labeling options for other leafy greens.
Cooking kills most germs found in food, but romaine lettuce is usually eaten raw.

Symptoms of E. coli infection include diarrhea, which can be bloody, severe stomach cramps and vomiting. E. coli infections typically clear up within a week. However, more severe cases can lead to a type of kidney failure called hemolytic uremic syndrome (HUS). One person has developed HUS in the current outbreak.

FDA: It's OK To Eat Some Romaine, But Check The Label First