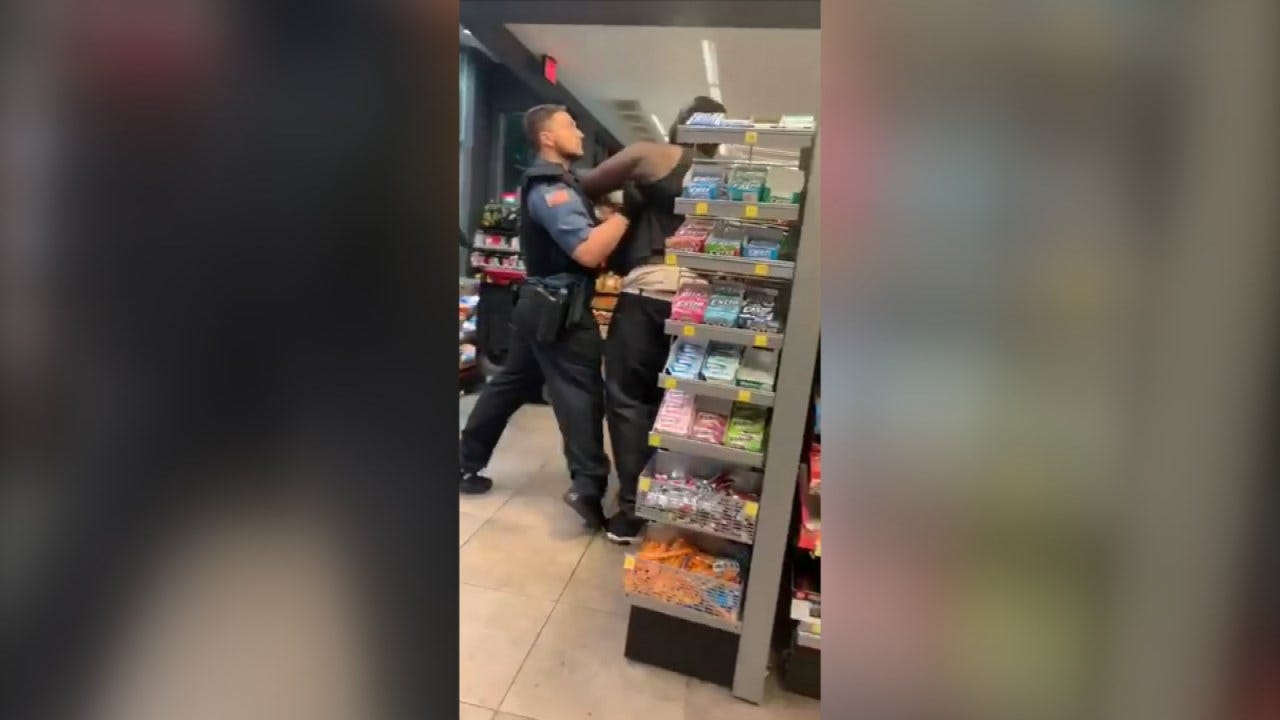 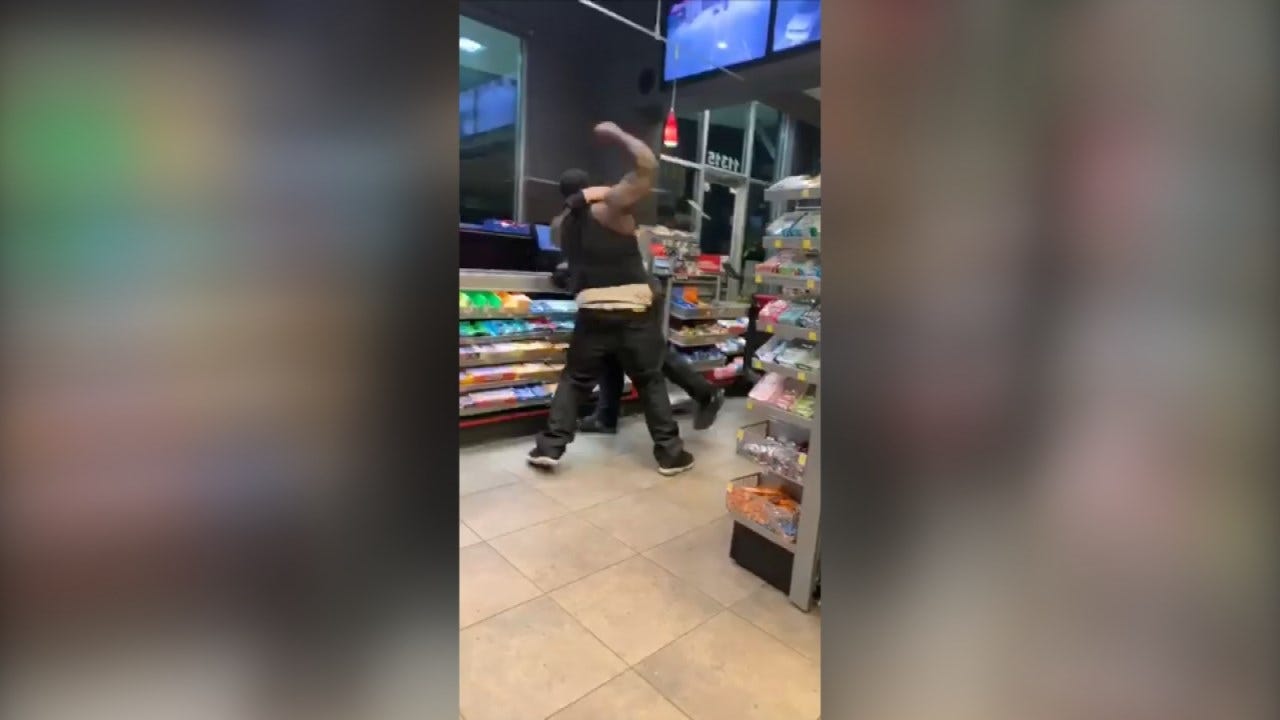 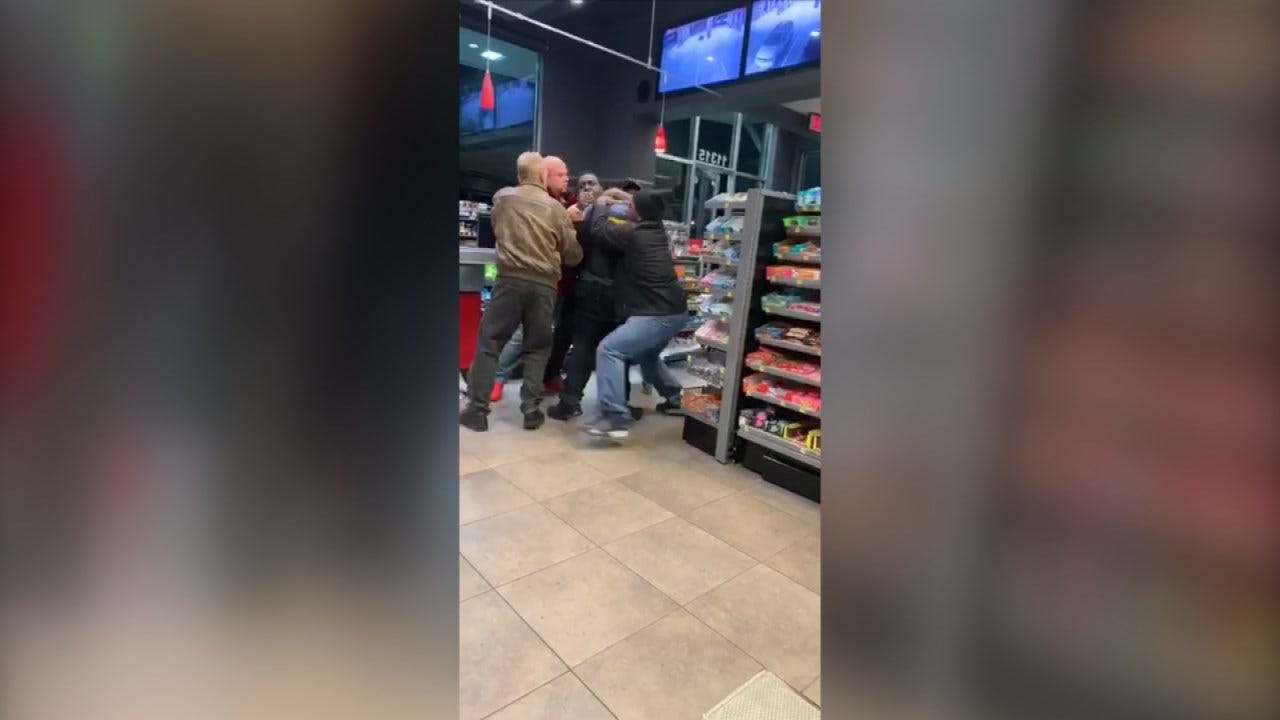 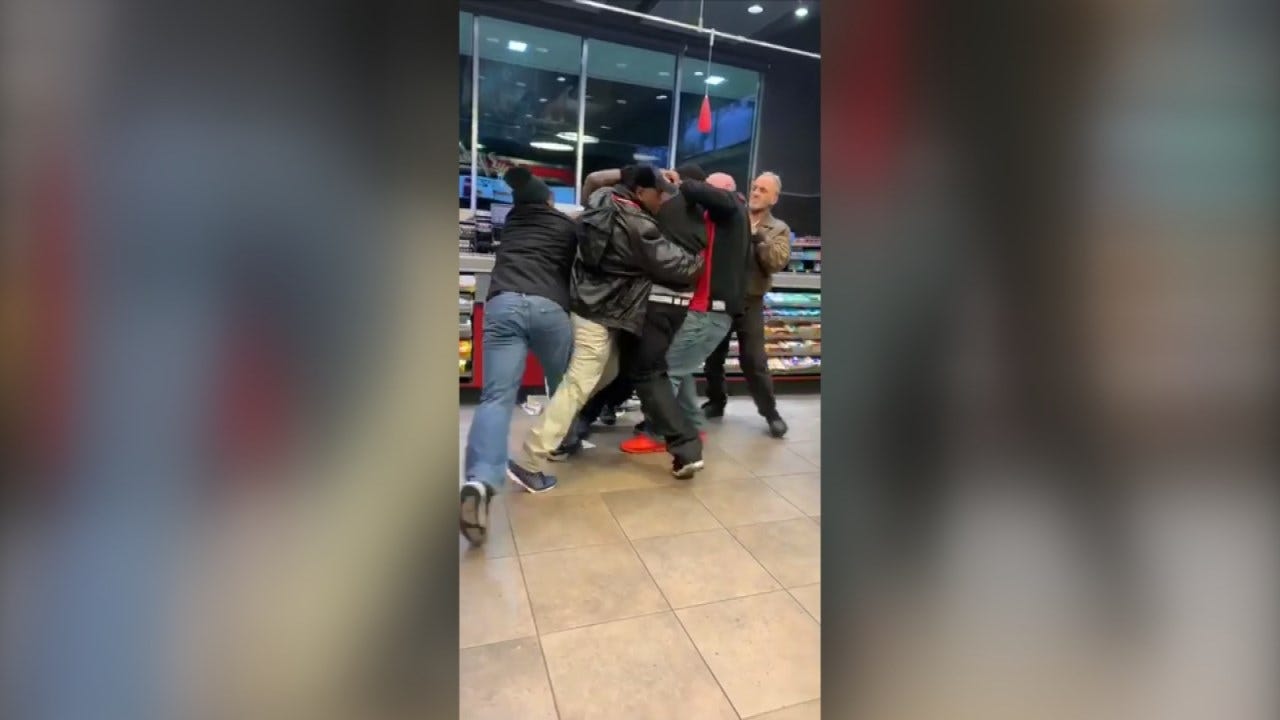 A confrontation between a man and a QuikTrip security guard is caught on tape.

A witness recorded that video Sunday night at the QuikTrip at 11th and Garnett in Tulsa.

Jasmine Cooper, the woman who recorded the encounter, says the tense argument turned physical when the security guard grabbed the guy around the neck, pushing him into a display.

Cooper posted the video on Facebook and it has been shared nearly 1,500 times.

“We were getting a drink and I started hearing yelling and we look over and this guy is just yelling at the security guard,” she said.

“The security guard went like this on the dude’s neck and pushed him up against the rack, and it escalated from there,” recalled witness Kaitlin Dobyns.

Cooper and Dobyns say they were worried someone would get seriously hurt.  They say both guys were in the wrong, but they feel the security guard didn’t have the right to put his hands on the other man.

“I think the security guard is for sure in the wrong,” said Cooper.  “I don’t think what the man was saying was right.”

“We don’t like to have any disturbance in our store, period,” said Mike Thornbrugh with QuikTrip.  “We would rather wait for all the facts, but, obviously, what we saw we don’t like.”

Thornbrugh says the security guard is a part-time employee hired by Diamond Security.

When asked about the video of the incident, Diamond Security stated that the video is just a short snippet of what actually unfolded.

The video ends with others seen jumping in moments before police arrived.

“Every male that was inside the QT store was trying to break up the fight,” Dobyns said.

We the People Oklahoma is calling for a full investigation by the Tulsa Police Department and the District Attorney’s Office.