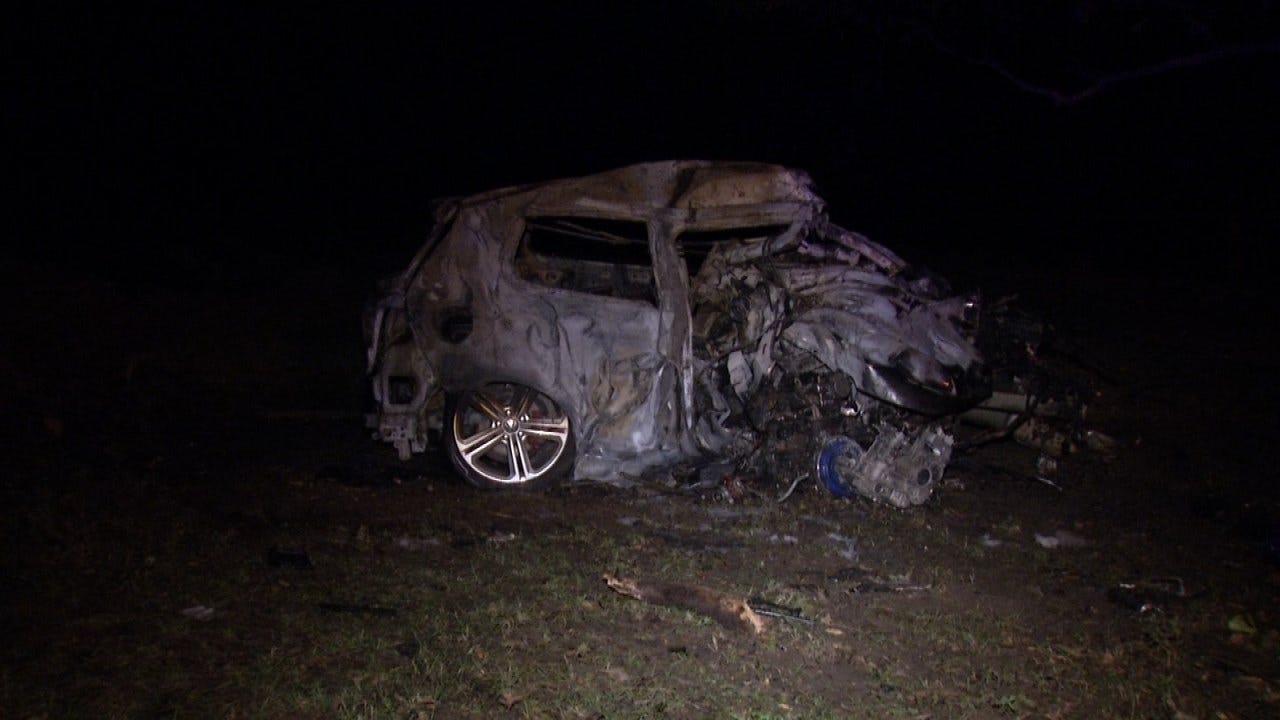 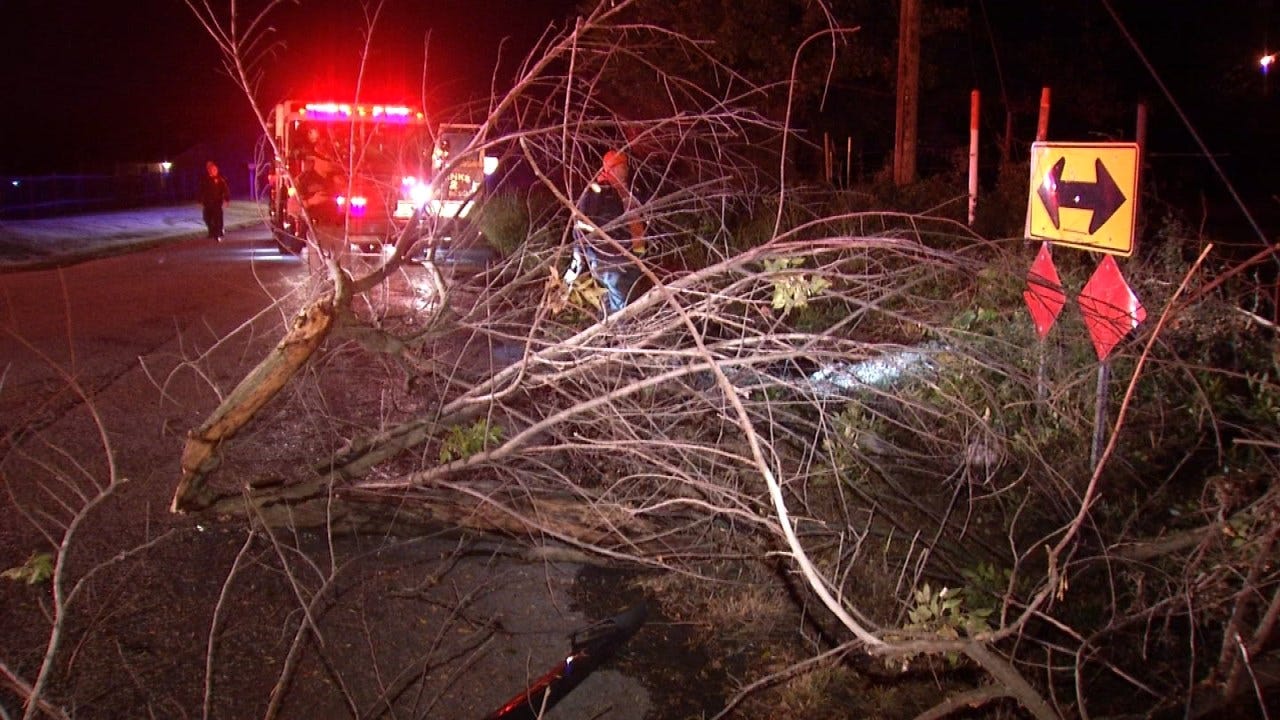 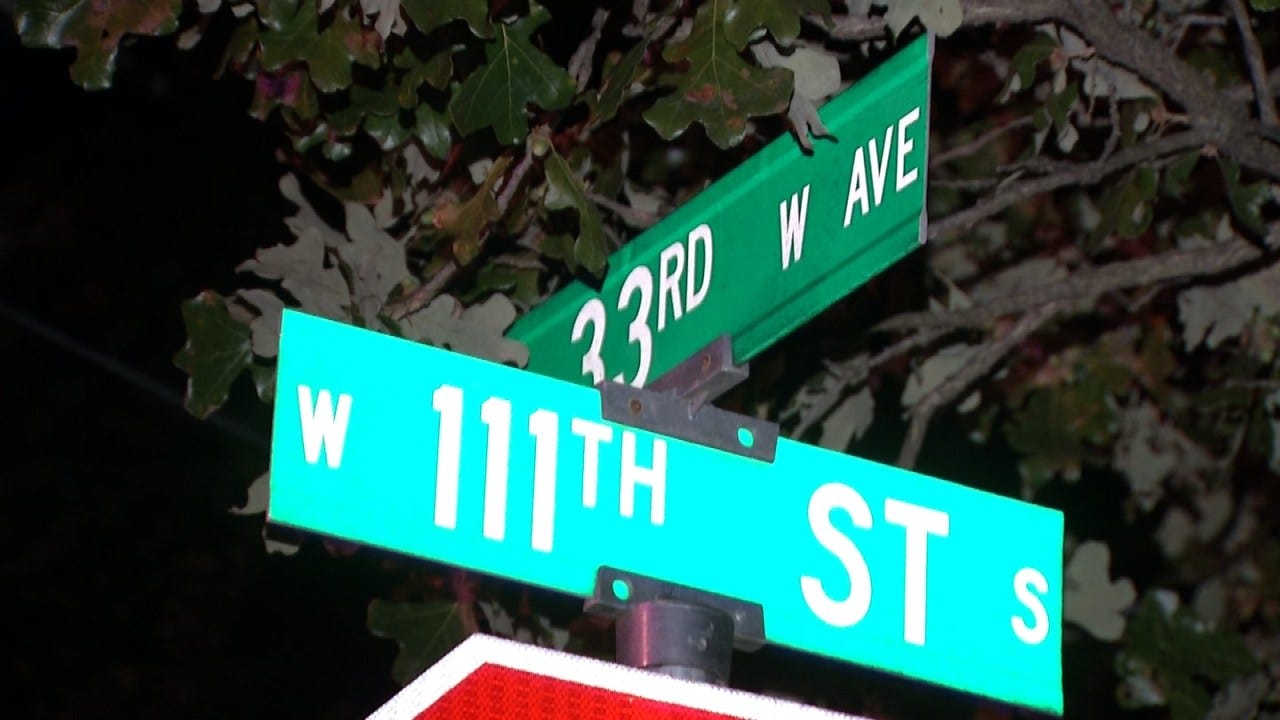 A man is dead after a fiery crash near 111th Street and 33rd West Avenue just west of Jenks.

Property owners in the area say this isn't the first accident they've seen in this area.

The property owners are going to have a lot of cleaning up to do after the accident where troopers say a vehicle crashed and landed in a field.

He ran the stop sign, plowed through a fence and ran into a few trees before his Volkswagen GTI landed and caught fire in a field.

Lori Schmeling and her father are spending the day cleaning up the accident debris left on her property.

She said she's seen a lot of accidents at this intersection.

"Even the people that know the stop sign's there are still running it so it's just dangerous," said Schmeling.

Troopers say Bulwin was the only person in that vehicle.