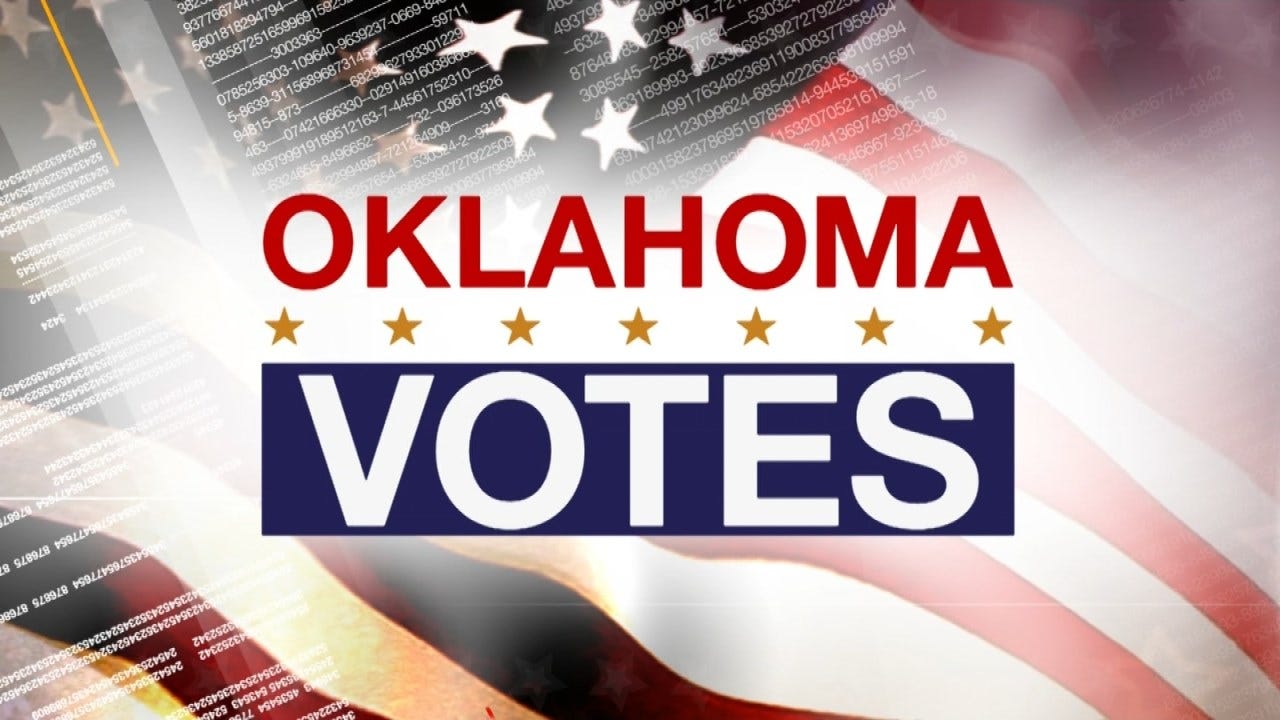 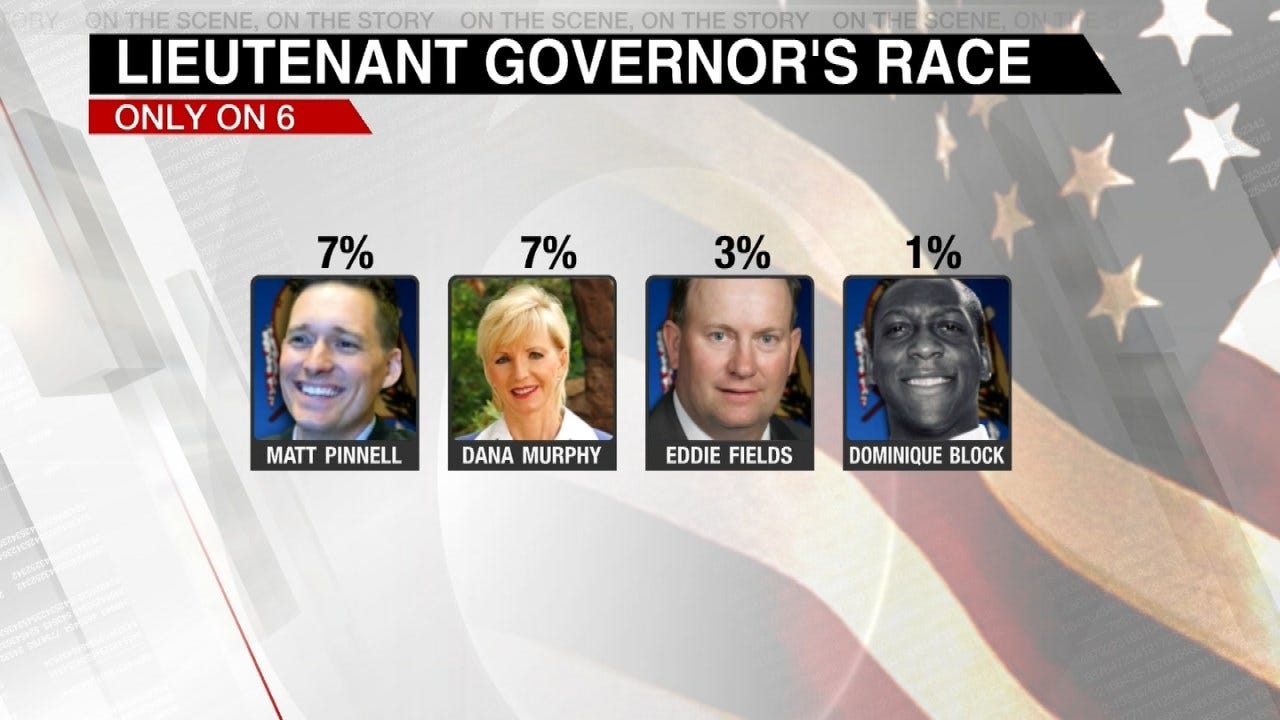 The story among Republicans vying for Lieutenant Governor is the undecided vote, which received 82.2 percent of the vote in polling.

Dana Murphy tallied 7.2 percent with Matt Pinnell close behind at 6.6 percent. Eddie Fields was next with 3 percent, and Dominique Block received .9 percent.

Anastasia Pittman holds a slight edge over Ivan Holmes among Democrats and Independents, 12.3 percent to 10.3 percent. Anna Dearmore picked up 5.2 percent of polling, but the undecideds carried the day at 72.3 percent.

The primary election is on June 26. Unless somebody captures more than 50 percent of the vote, the top two vote-getters will head to a runoff August 28.

"These types of poll numbers indicate that Oklahomans say we should focus more on maybe a combined ticket, so that we can vote, just like we do at the national level, for President and Vice President," said SoonerPoll.com's Bill Shapard.

And, in fact, that's one of the questions on the November ballot, should the Governor and Lieutenant Governor run together on one ticket.

SoonerPoll.com, Oklahoma’s public opinion pollster, conducted the poll of Oklahoma likely voters, which was commissioned by News 9 and News On 6.

The scientific study was conducted May 15-23, 2018 with 622 likely Oklahoma voters selected at random statewide from a 5-frame of SoonerPoll's own online panel, Research Now's voter panel, cell phones, and landline telephones. For cell phone and landline telephones, voters are selected at random from SoonerPoll's voter database and matched with cell and landline phone numbers. Cell phone participants are collected using live interviewers and landline participants are collected using both live interviewer and IVR (Interactive Voice Response) technology. The sample was weighted by age, gender, political party and congressional district in order to reflect the Oklahoma likely voter population for a general election.

The sample reflects the traditional demographical profile of the Oklahoma likely voter with roughly half of the respondents identifying as conservative. The study has a Margin of Error (MoE) of ± 3.93 percent.