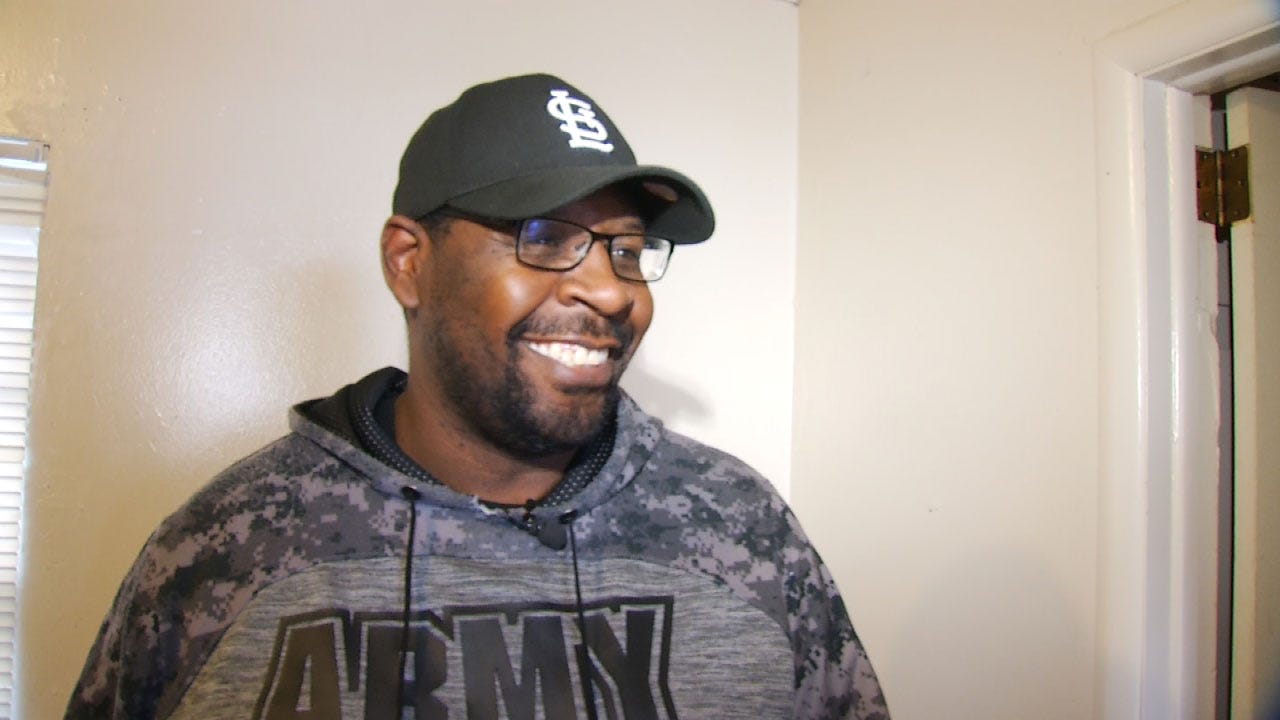 A program called Built for Zero is designed to end chronic and veteran homelessness.

The program has quietly gone about finding homes for more than one thousand homeless people.

Thomas Johnson is an eight-year Army veteran and he's on his way back from homelessness.

"I got out August of last year," Johnson said.

He had gotten into a little trouble and spent a few months in prison. When he got out, he bounced from shelter to shelter. He didn't have much but a desire to finish school to become a welding inspector.

"I just kept going, I was like I'm gonna get this done,” said Johnson.

Along the way, he met Alice Doyle at the Veterans Administration.

She got him into the system which includes Kathy Loehr from Family and Children's Services homeless outreach team and Melanie Stewart-Goldman, also from the VA.

He was also connected with representatives of nearly 2 dozen agencies part of 'Built for Zero’ which is committed to ending chronic and veteran homelessness in Tulsa.

"Actually, I have a few job leads going on," he said.

He finished school and he really needs a job.

“What I’m trying to do right now is kick down every door possible to keep moving up," Johnson said.