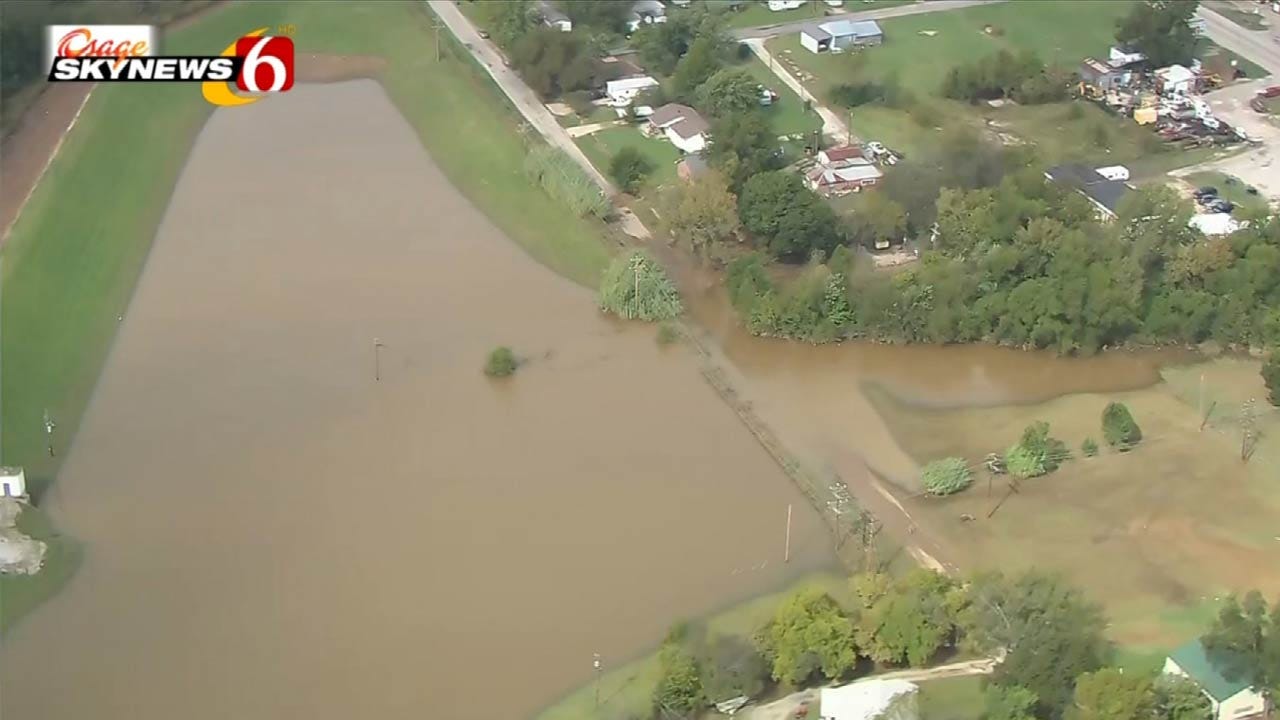 More rain is threatening parts of Pawnee County where flooding washed out roads on Wednesday. Some roads were so badly damaged a county commissioner said he plans to request help from FEMA.

City and county leaders say this flooding event is worse than the flooding the county saw in May. Looking at 5400 Road in Lone Chimney gives you an idea of just how powerful the rainstorm was.

A couple living in that area for 22 years said they've never seen the road washed out, and there's a similar reaction across the area.

What used to be a bridge on 5200 Road near Hallett is now a gaping hole. It separates Pawnee County resident Ed Kapple from his home.

His house is fine, but now he's got a four-mile trip to make it there. County Commissioner Charlie Brown said it could be a week or two before the road is open again.

That'll just be a temporary fix. Closer to Cleveland, just south of Highway 64 on 36500 Road, the non-stop rain washed part of the road away. North Phillips Road in south Cleveland was still flooded Thursday.

With more rain in the forecast.

Ed, who's never seen the bridge by his house wash out in his whole life, is prepared for what's ahead.

"We will overcome," he said.