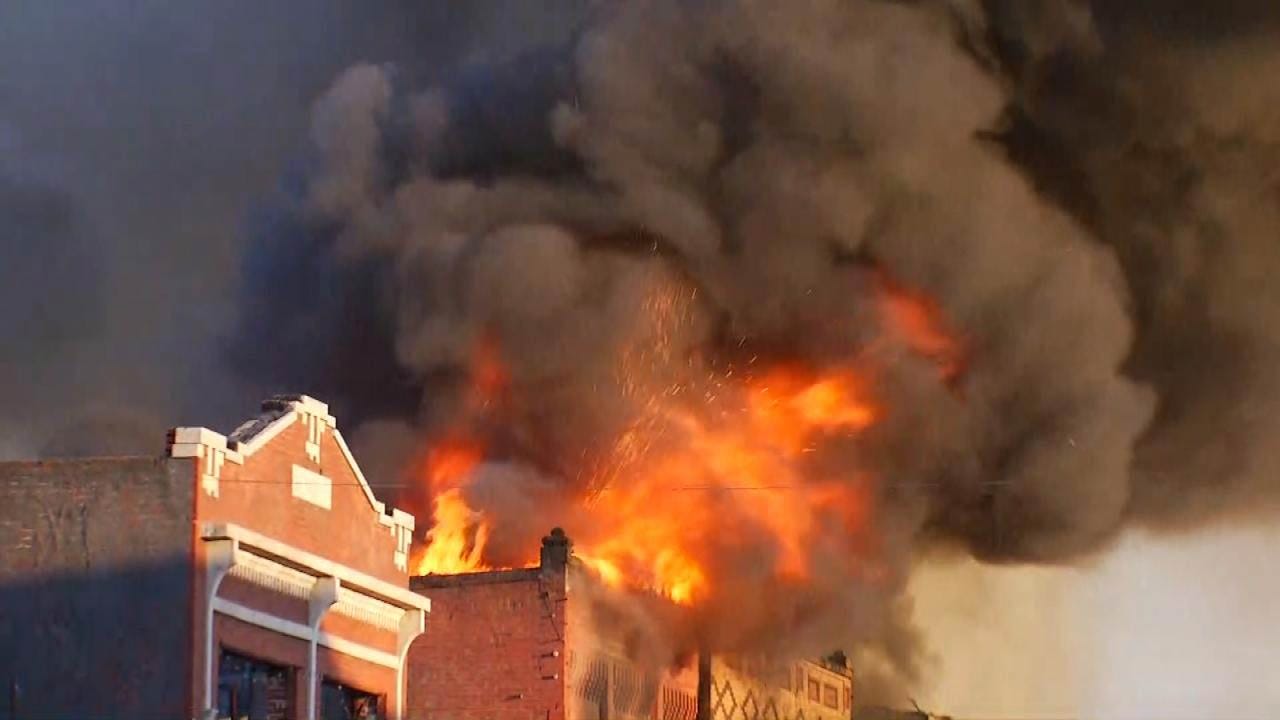 Investigators released Roy Weeden earlier this evening. He was a person of interest in connection to a fire that destroyed several buildings in Wagoner.

"He was definitely somebody that we needed to talk to, to see what kind of information he may have or if there was any involvement at all,” said Wagoner Police Chief Bob Haley.

They looked for Weeden after witnesses claimed to see him leaving the area as the fire started.

"He denies having been in the area,” said Haley.

And Haley says they have no evidence to tie him to the fire.

Investigators believe the fire started above an antique auction house where two loft apartments were located then spread.

"Once it burns through the windows, it just goes to the next window,” said Fire Chief Kelly Grooms.

"That's a devastating loss ‘cause that thing has been there forever, been a local drug store,” said Mayor Albert Jones.

Grooms says the Owl Drug store did have a fire wall installed.

"But sometime, in years past, they put a door through there,” said Grooms. “You had a door leading through your firebreak, so that's where the fire spread."

"What we would like to do is at least save those facades if that is possible,” said Jones.

Three businesses are destroyed and four families are displaced.

Chief Grooms is worried a fifth building that suffered smoke and water damage could also be a loss.

"It doesn't look that bad, but once you start tearing into stuff it's hard, you know, we really can't determine that,” said Grooms.

At this point, investigators are waiting to gather more evidence and cannot say if the fire is arson.

"As we cool it down and start to dig through it, they'll look for more evidence in that area,’ said Grooms.

Chief Haley added, "At this point, we're just too early on to be able to say, ‘Yes it was an arson, no it wasn't an arson.”

The ATF has not released the scene.

Structural engineers will be there Tuesday to see if any of the buildings are salvageable.

The Red Cross is assisting the families displaced.