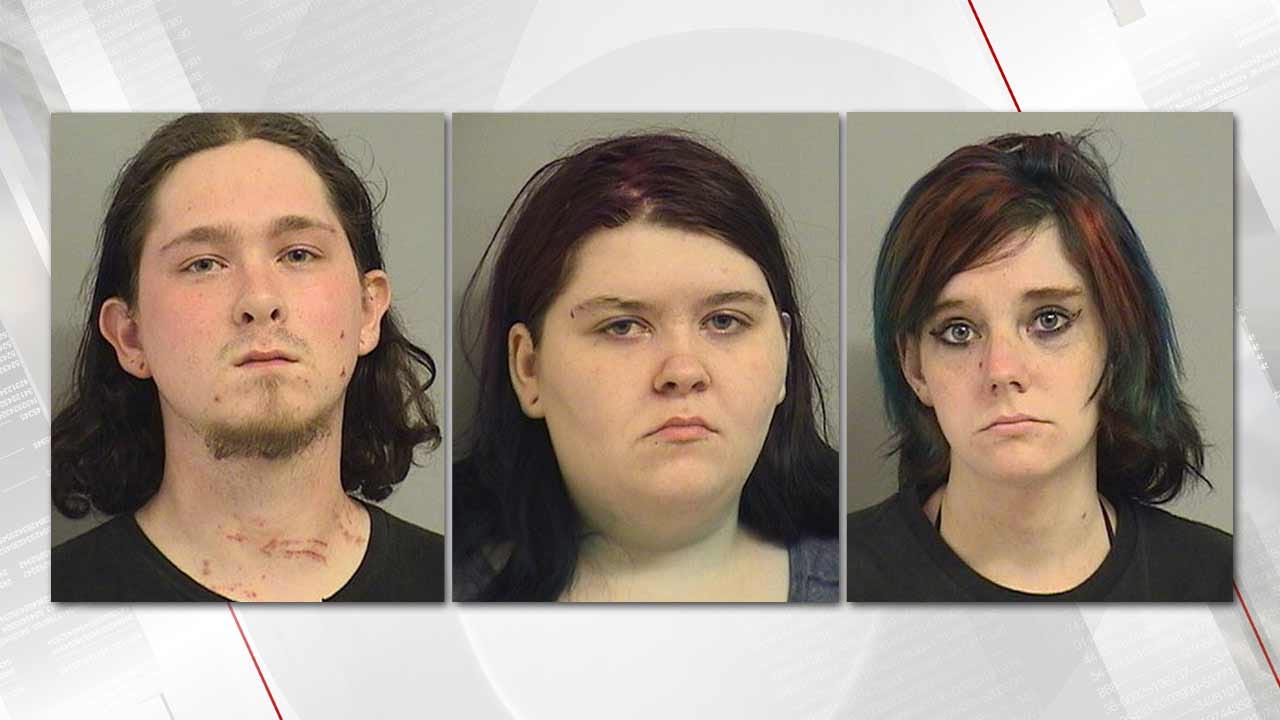 Correction: An earlier version of this story incorrectly identified Veronica McGuire as Timothy Watson's girlfriend and the mother of his 22-month-old son. The arrest and booking report states she is a third resident at the apartment who said she babysits the toddler.

A man and two women were arrested in Owasso this weekend after officers said they discovered a disturbing scene and a child in danger.

Police said they were dispatched to the Wildwood Apartments, 11681 East 80th Street North, in reference to a physical domestic dispute. They arrested 21-year-old Veronica McGuire and 22-year-old Timothy Watson at the scene on Saturday, July 8. Diana Delong was arrested and booked a little after 6 a.m. on Saturday on a complaint of assault and battery in the presence of a minor and a complaint of child neglect, according to online jail records.

Owasso police said McGuire was crawling out of a bedroom window onto the balcony and Watson was inside with another woman. Officers found "a mass infestation of cockroaches" in every room of the house, according to an arrest and booking report. They were even in the crib of Watson's 22-month-old boy, records show.

Watson told police he and his girlfriend had gotten into an argument, and said she punched him. He told police "he began to fight back by grabbing her neck to get her away from him."

The arrest report states the girlfriend told police Watson hit her in the stomach during the dispute and she's 9 weeks pregnant.

Police also say there was animal manure all over the floor in one room. Officers said the baby had access to every area of the home.

McGuire told police she also lives in the apartment and helps care for the toddler, the arresting officer said in his report.

Based on the officer's observations, DHS was notified.

Watson was featured in a recent episode of CBS' Undercover Boss. His arrest report confirms Watson works at the Taco Bueno on 86th in Owasso. At the end of this season's episode, the Taco Bueno CEO paid off almost $18,000 of Watson's medical debt, offered to be his mentor and offered an all-expenses paid trip to a NASCAR event if Watson completed supervisor training.