Tulsa Police: One Killed In Shooting At Apartment Complex 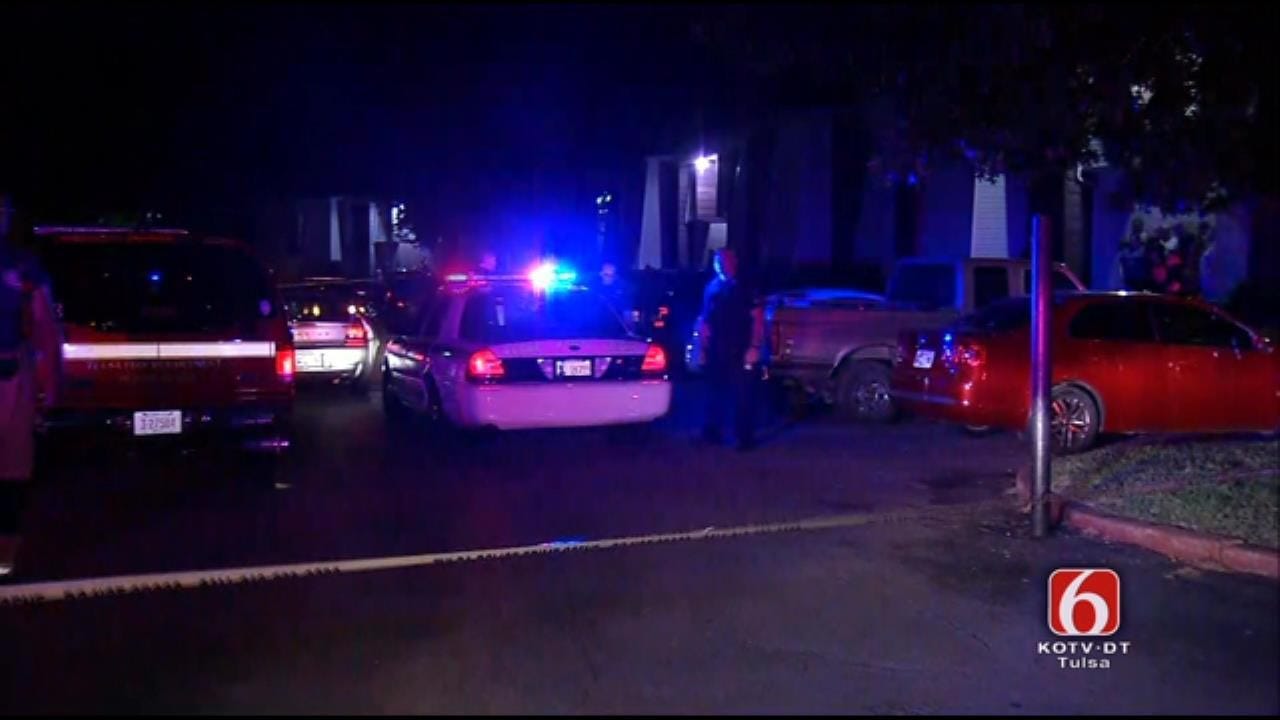 Tulsa Police say one man was shot and killed at a Tulsa apartment complex Thursday night.

Officers responded to the Addison Apartments for a shooting near South 101st East Avenue and East Admiral Place just after 9:30 p.m.

When they arrived, police said they found one young man in the parking lot that had been shot.

Police said that person has died.

Sergeant Dave Walker said they believe a second person was shot and taken to the hospital. That person condition is unknown.

Walker said the person who drove the second victim to the hospital returned to the scene and was very emotional. Police took him from the scene. His involvement is unknown.

He said stories aren't matching with what investigators are seeing. The investigation is ongoing.

Police have not said what led up to the shooting but said they have possible persons of interest. Walker did say he believes the people involved knew each other.

This is the city's 45th homicide of the year.

6/27/2017 Related Story: Tulsa On Track To Record-Breaking Year For Homicides

Tulsa Police: One Killed In Shooting At Apartment Complex