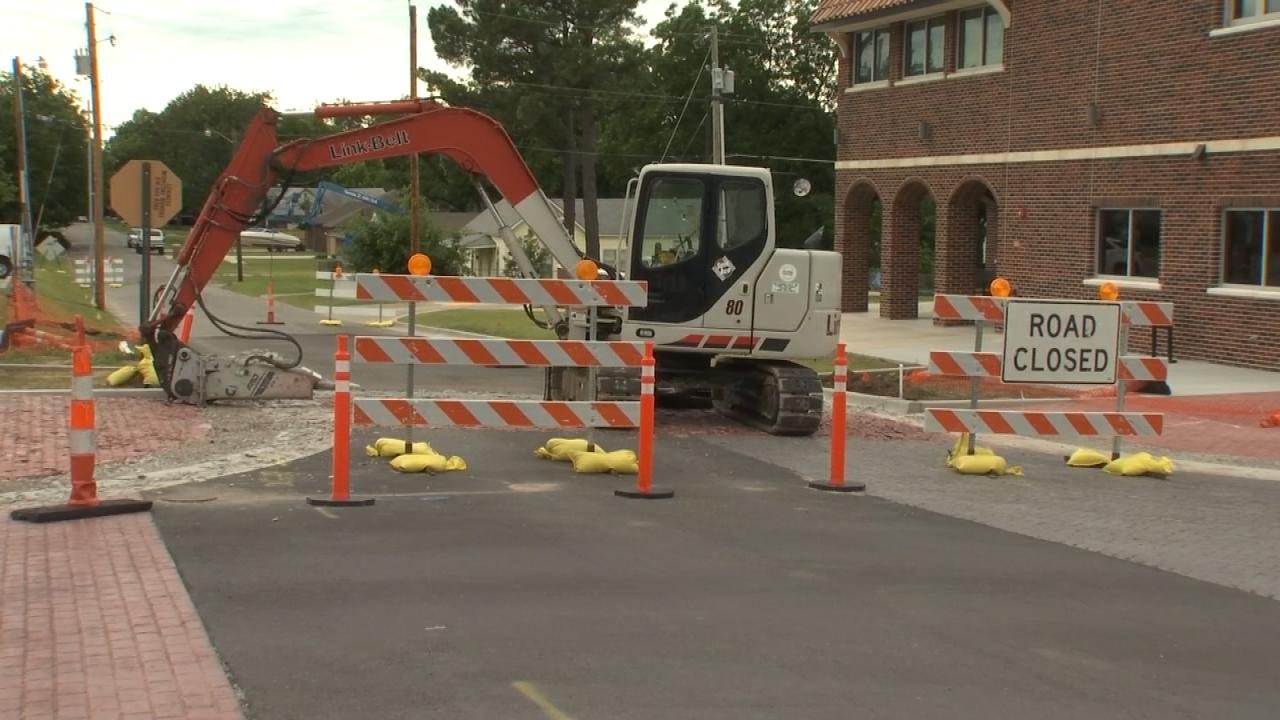 Broken Arrow road construction is starting to seem like a community staple these days. But city representatives say all of the construction has a long term purpose.

The intersection of Main and Detroit is already under construction, but there's going to be even more. Starting Monday, June 19, the intersection will be shut down for two weeks as the city makes road improvements.

In the last year, the city has started going full-force in making improvements all through downtown, particularly the Rose District as well as other areas around the city. New businesses have been setting up shop and new developments are happening.

One of the largest projects in the works is the new conference center and hotel. The city says all the new developments will bring in loads of visitors and provide a great boost to the city's economy. To keep up with all the growth the roads need to be in great shape.

Drivers will also see Midway Road between Streater Drive and Houston shut down for two weeks.

It's a headache for some, but David Ballew said it's a sign of bigger and better things to come.

Broken Arrow is growing and the streets need attention too.

"Construction is it doesn't bother us. It's necessary for the Rose District and Broken Arrow to grow," Ballew said.

Ballew has lived in broken arrow since 1981. Back then, downtown didn't have the draw it has now.

"We didn't use to come to downtown Broken Arrow very much because there wasn't much going on. Come down to go tot he bank maybe go see the dentist," Ballew said.

City representatives said they know the city is growing and they work to keep the community in the know. They've been able to do that with weekly city council highlight videos. The most recent video announced plans to build bike lanes on north Main and plans for a new traffic study.

But, the city wants to take the video a bit further. They'll be launching: Broken Arrow In Motion.

"Will be a monthly update covering the monthly projects we're working on included roads, utility infrastructure parks and many more endeavors," the city states on the video.

Ballew said he's excited to see what comes next.

"There's a lot of people that are enjoying this and benefiting from it and it's not about keeping things the same," Ballew said.

There will be detour signs posted at the closed intersections. The city plans to release the first Broken Arrow In Motion video near the end of the month.