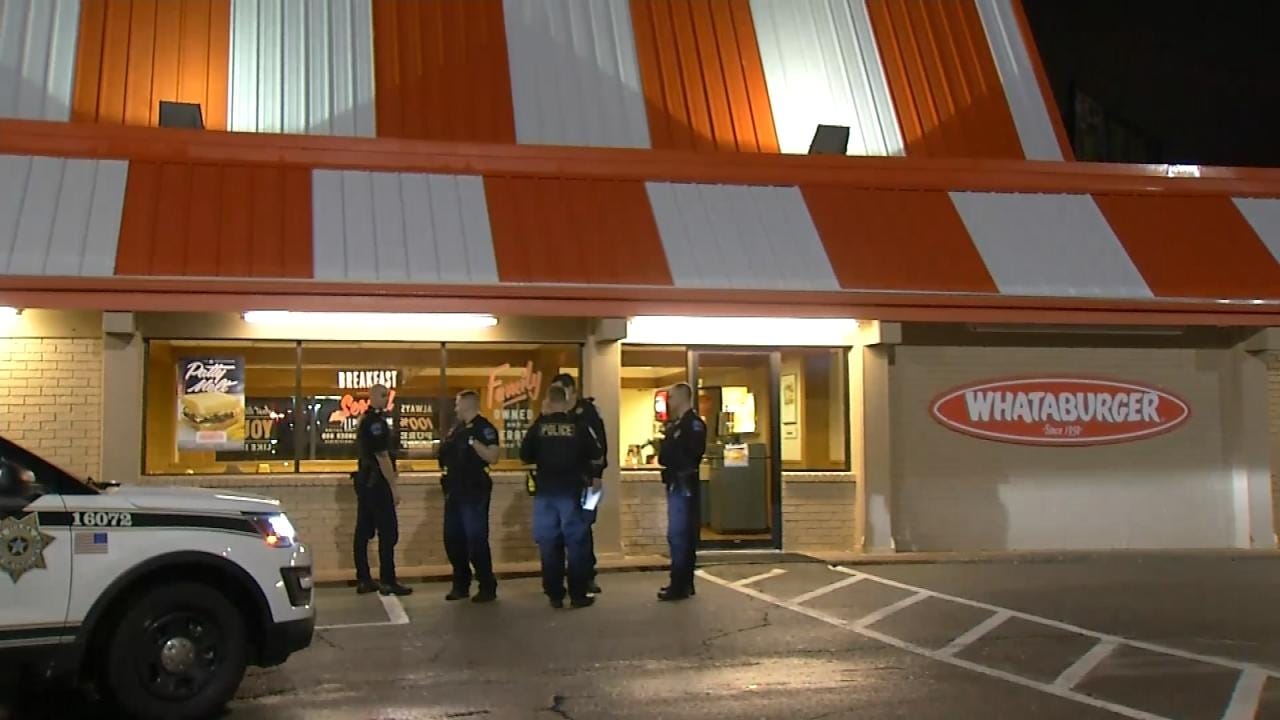 Tulsa Police are looking for an armed man who robbed the Whataburger near 41st and Hudson. Police said the man went into the fast food restaurant around 4 a.m. and forced workers inside the freezer.

Police describe the man as a black male, 6'5" and 180 pounds wearing a black hoodie and blue jeans. He was carrying a black handgun.

Officers said the man got cash from the registers before running away to the southwest.

No employees were hurt, according to TPD.