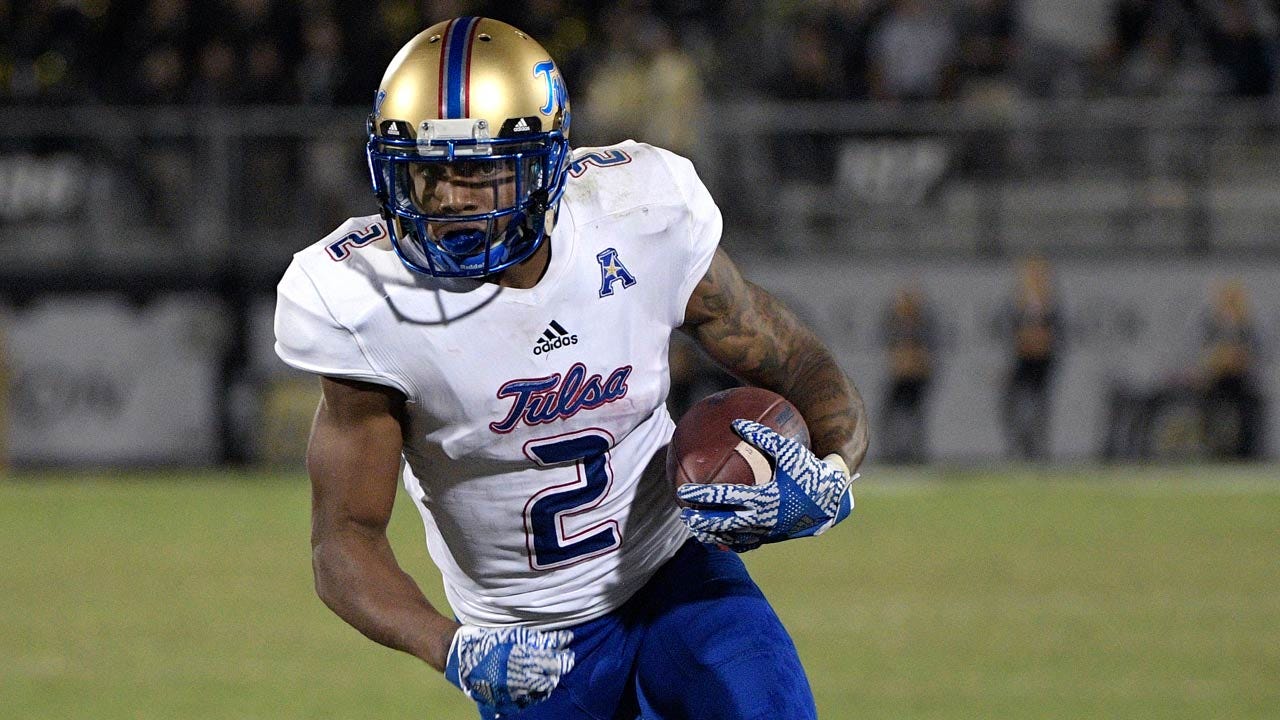 Tulsa football’s Keevan Lucas has been invited to participate in the 2017 NFL Scouting Combine in Indianapolis at Lucas Oil Stadium February 28 through March 6.

“That’s all I need, man, just one chance, just one opportunity to get my foot in the door,” said Lucas. “I promise I’m not going home.”

This past season, the receiver helped make history, leading the Golden Hurricane to become the first FBS team to have a 3,000-yard passer in Dane Evans, two 1,000-yard rushers (D'Angelo Brewer and James Flanders) and two 1,000-yard receivers (Josh Atkinson and Lucas) in the same season.

Catching passes and scoring touchdowns has been easy compared to the tragedy he’s dealt with off the field.

When Lucas was just 14-years-old, his mother and grandmother passed away just three days apart. At the time, he was playing football and it was around the third game of the season.

His mother played the role of mom and dad, due to his father being in and out of prison. So, after his mother’s passing, Lucas and his brother were looked after by his uncle.

"He gave me that fatherly impact when mom was gone,” Lucas shared in that same interview. “She raised us so that we're not going to be lazy, making sure we're going to bathe, stayed on top of us for homework, everything. So, when she was gone I still had those qualities, and then to move in with him, you know, now, you're going to be a man."

With his story of triumph after tragedy, pushing on, trying to be the best man that he can be, it’s not hard to see why Lucas is more than determined to make it to the next level.

“That’s just something I keep reminding myself,” he stated. “I will reach, seek, identify and elevate.”

With the heart, passion, work ethic and talent, it’s easy to believe that Lucas, who’s used to being an underdog, will rise.

Note: Other locals include Arkansas’ Keon Hatcher, who is a former Owasso Ram, Oklahoma running back Samaje Perine, receiver Dede Westbrook and defensive tackle Charles Walker. Oklahoma State defensive tackle Vincent Taylor and cornerback Ashton Lampkin also received an invite. OU running back Joe Mixon will not get to showcase his talents after being barred due to NFL rules and regulations that restrict players with prior felony or misdemeanor convictions involving violence from participating.