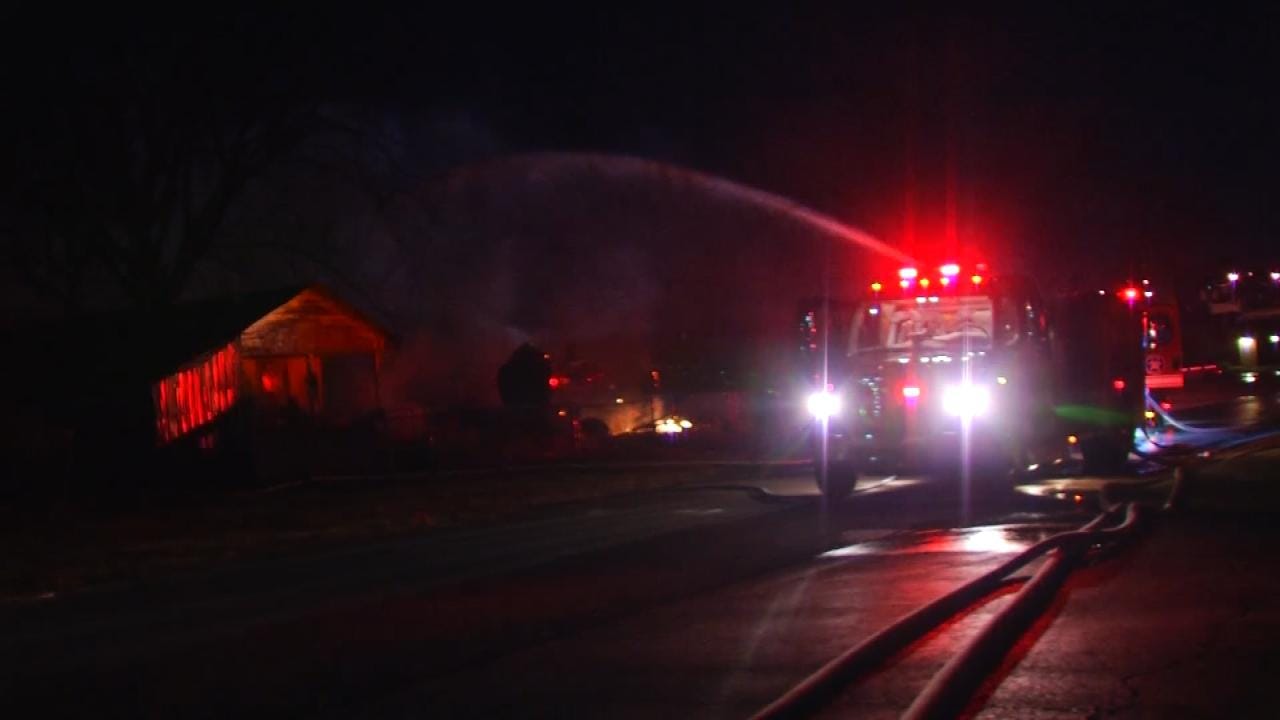 The Bristow Fire Department says the two structures near East 4th Avenue and South Walnut had nearly burned to the ground by the time they arrived on scene.

They believe the fire started sometime after 2 a.m.

Fire officials say no one was injured and the cause of the fire is now under investigation.