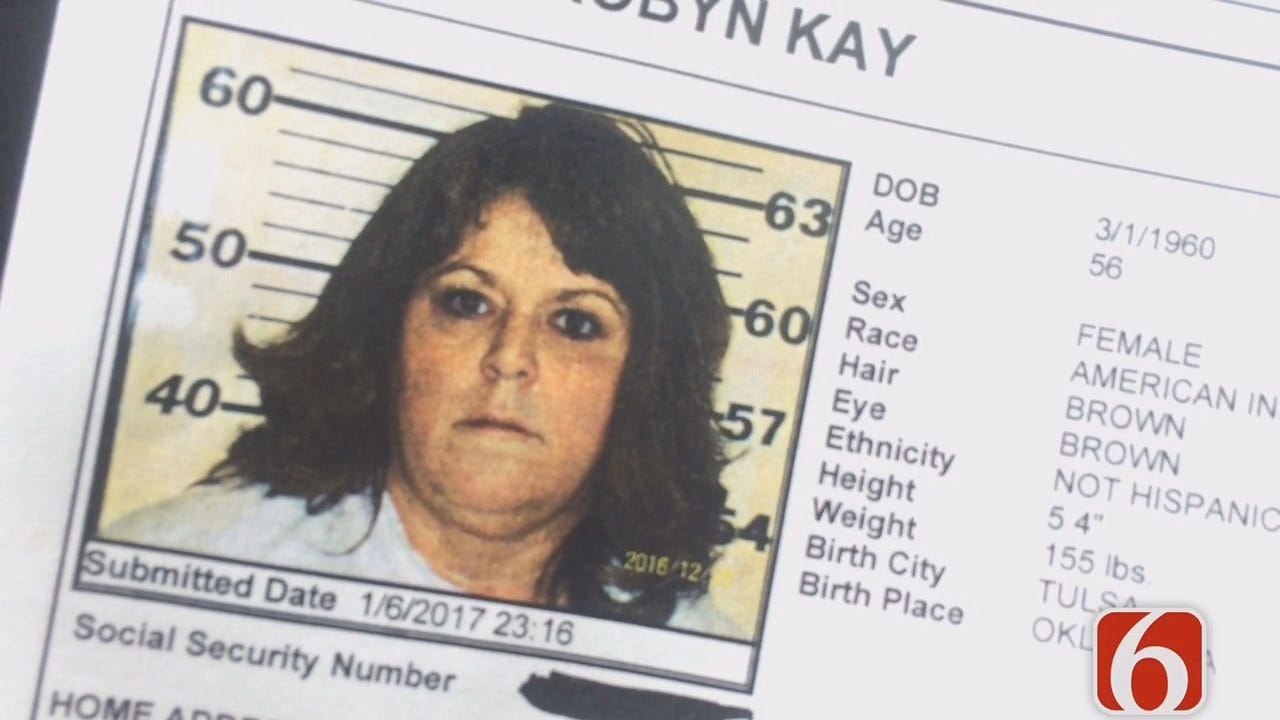 An owner of an assisted living center outside Vinita is charged with 17 counts of caretaker abuse.

One of the allegations is that she bit a resident's nose.

Robyn McKinney, 56, owns Branding Brook, a care taking facility for people with limitations or disabilities. She was arrested earlier this month after someone called 911 to say she'd attacked a resident and bit them on the nose.

Since that arrest, the reports of abuse keep coming in.

McKinney, also known as Robyn Gaskill, has bonded out of the Mayes County jail, but there's more legal trouble coming her way.

Captain Rod Howell with the Mayes County Sheriff's Office said, "We're talking 17 abuse by caretaker. They are felonies. That's 17 cases on 17 different people, and the 18th case is assault and battery."

In this home, deputies say McKinney provides care to 17 people of multiple ages who have disabilities or need assisted living. She's responsible for keeping track of things like their finances and prescriptions.

"She's not providing them with the care that they need," Howell said.

Deputies said McKinney took advantage of that responsibility. It came to light when deputies arrested her for assault.

McKinney is accused of biting a resident on the nose during a fight residents say she started.

When we knocked, McKinney answered the door but quickly closed it when we asked questions.

Howell said, "The victim had lacerations and injuries to her nose that was consistent with being bit and that corroborated her story of being bit."

After McKinney's arrest, investigators said resident after resident stepped forward saying McKinney often cursed at them, would withhold money, and even went as far as putting a padlock on the refrigerator.

Deputies advise anyone with loved ones being cared for to get involved and know what's going on behind closed doors.

Deputies said an outside agency is monitoring the residents for the time being. They said more charges could come as they continue the investigation.