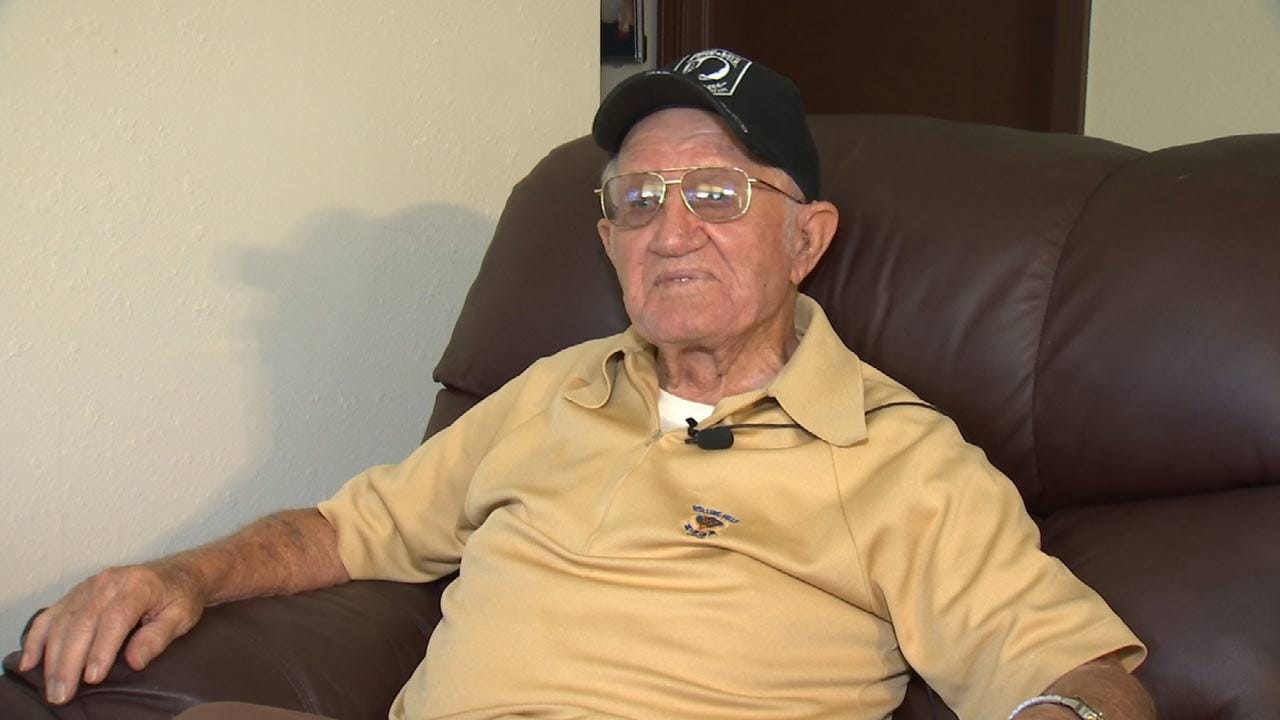 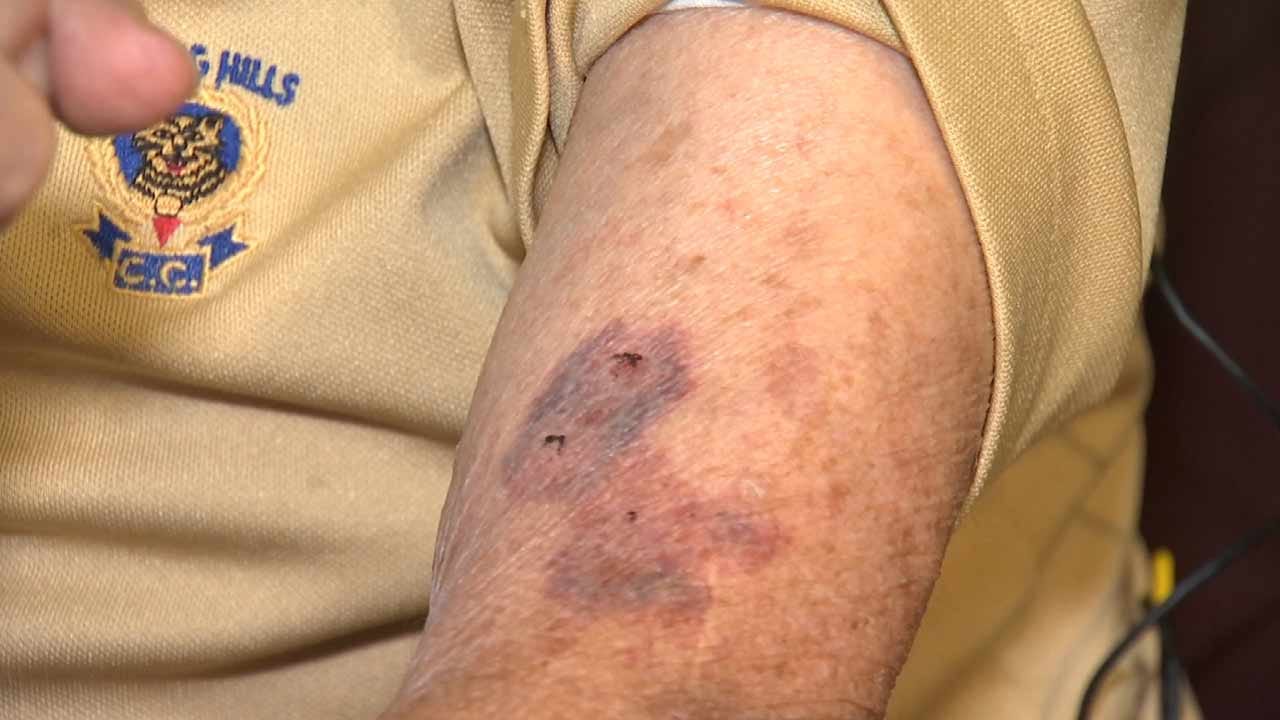 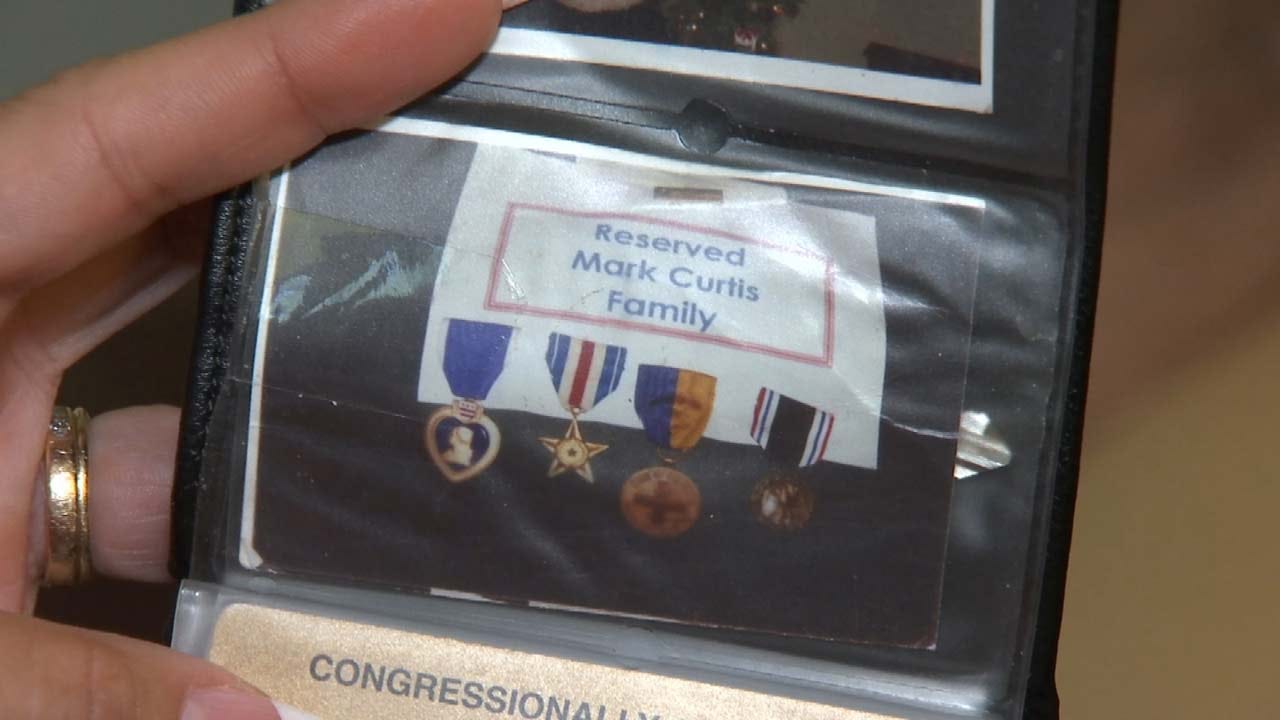 A 92-year-old World War II veteran takes on a knife-wielding robber and wins.

Mark Curtis said he got so mad when he saw the knife in his face that he grabbed the attacker’s arm then punched him in the face.

Curtis joined the Army at 17 and fought in World War II. He was captured by SS troops, held as a POW for 11 months. He said he was hit so hard he’s still deaf in one ear.

"He hit me upside the head with the butt of the gun and I haven't been able to hear out of it since," Curtis said.

A grenade almost tore his arm off - he was shot in the stomach and still has shrapnel wounds in his leg and feet to this day. He has a stack of medals, including a Purple Heart and a Silver Star.

So, when he saw the knife in his face, Curtis wasn't scared, he got mad.

"I got up out of my chair and I reached like I was getting my billfold and I grabbed that arm," he said.

During the struggle, the robber stabbed Curtis in the arm several times, but he still didn't back down.

Curtis said, "I hit him in the jaw and knocked him down."

He hit the robber so hard, the guy rolled down the driveway. That guy couldn't get out of there fast enough.

Lori: "Do you think this guy will think twice before he does this to somebody else?”
Curtis: "He probably will, yeah. His head hit that concrete real hard.

Curtis is glad nothing bad happened to him because, very soon, he's headed to Florida for his grandson's beach wedding, where he's going to be the best man.