Lori Fullbright: Overturned Semi On I-44 Back Upright 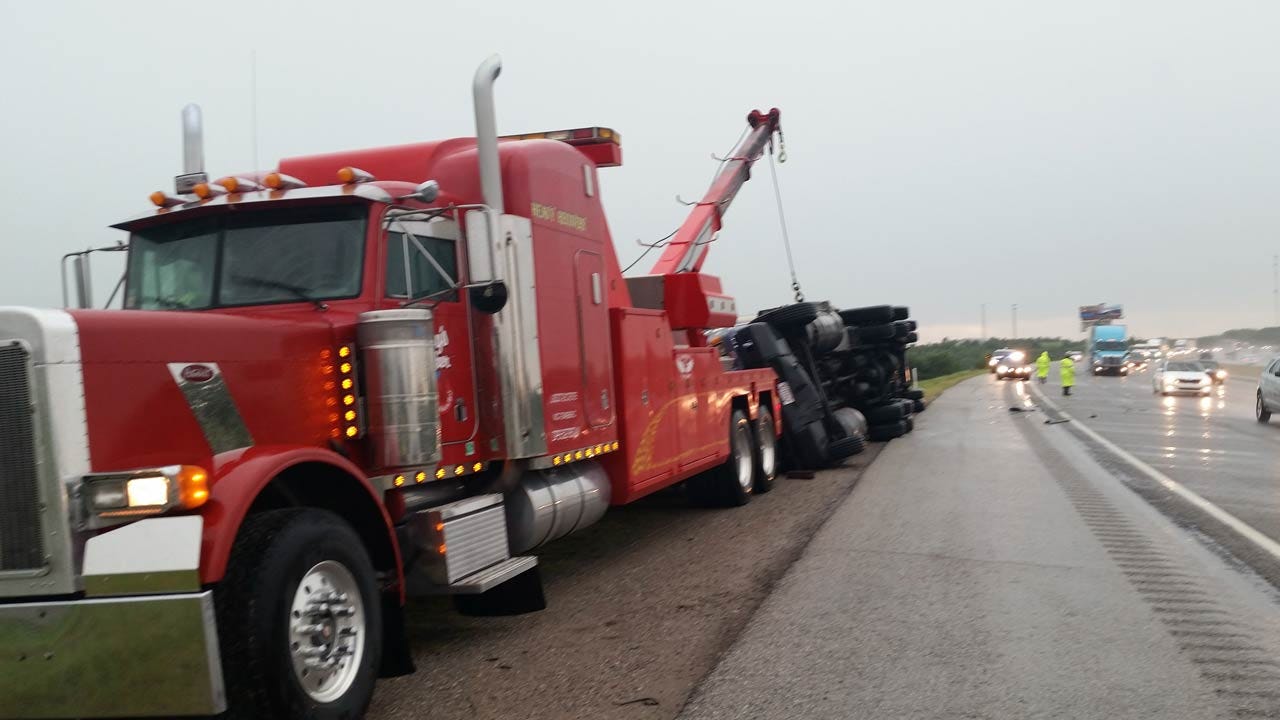 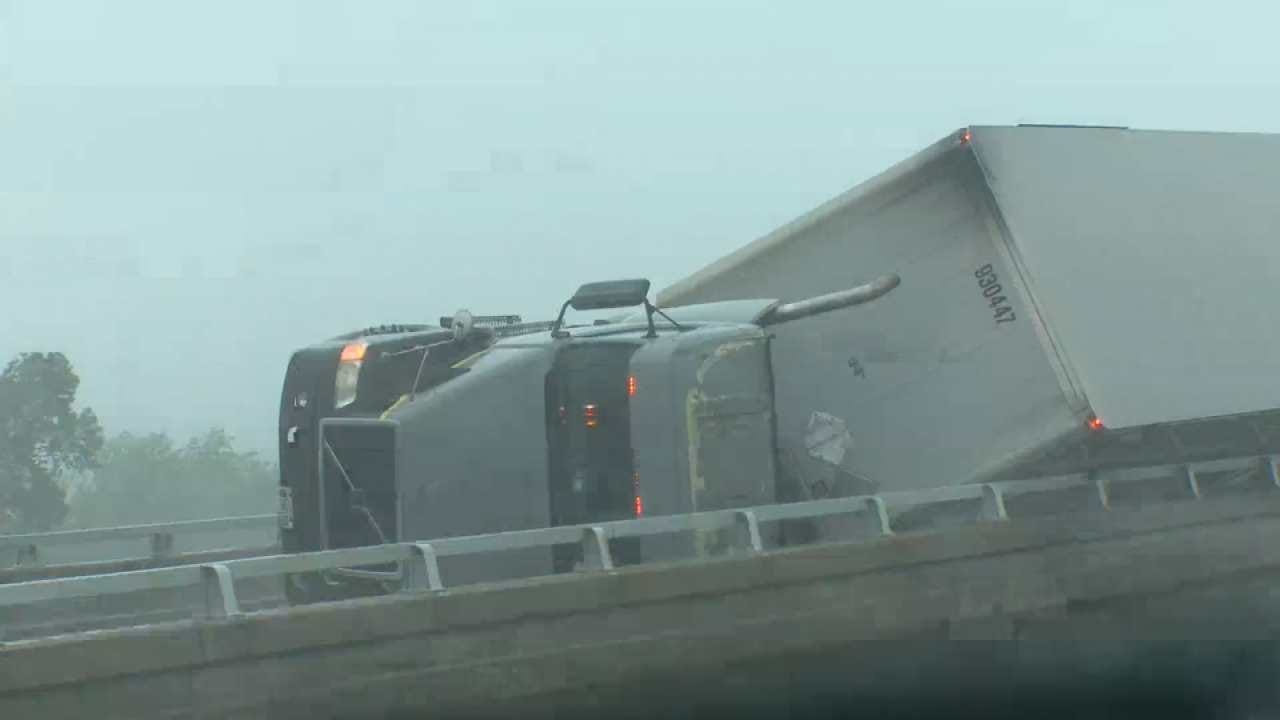 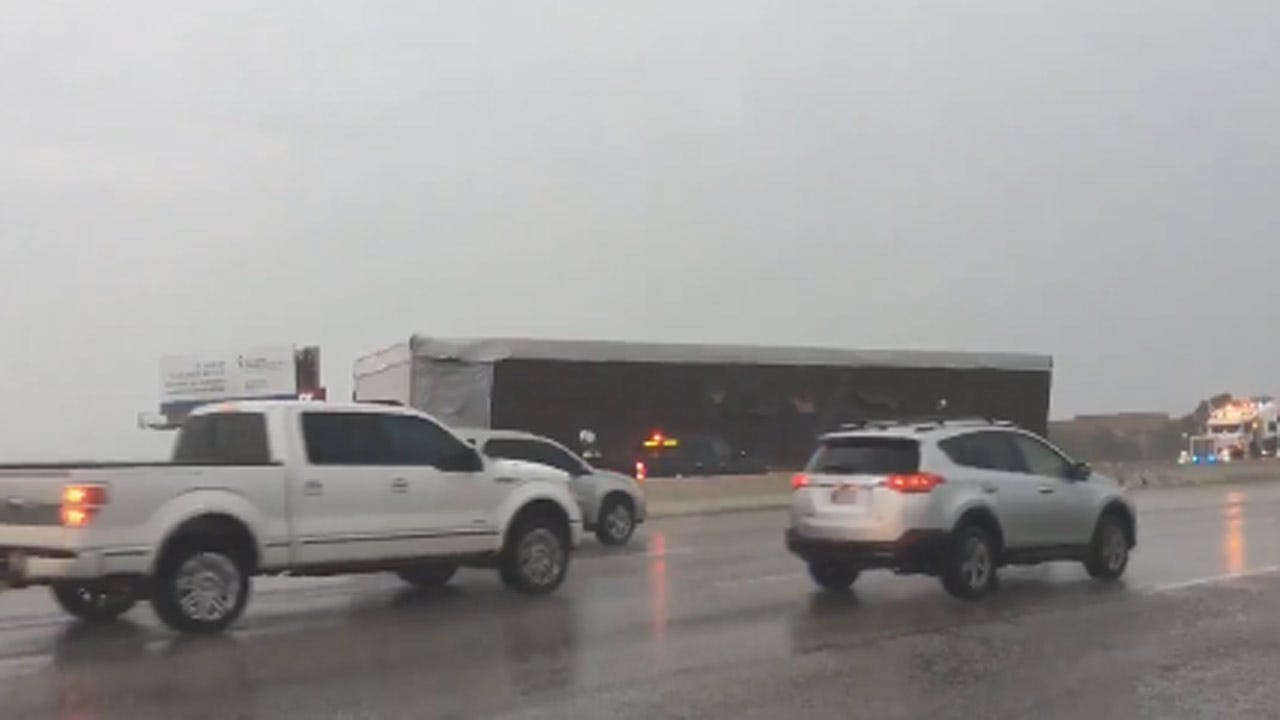 The strong wind knocked a semi -truck off its tires Thursday afternoon, blocking all the lanes of traffic on eastbound Interstate 44 near Sapulpa.

The driver of the rig said he wasn't carrying a load, so he was pretty light, and the winds just blew him over into the lanes of I-44.

Two wreckers quickly pulled the semi to the side of the road so traffic could keep moving east into Tulsa.

Troopers directed traffic around the workers while they hooked up several cables to the truck to try to get it upright.

The driver wasn't hurt and troopers say the winds were 50 to 60 miles an hour and just hit the truck at the right angle to send it over on its side.

"He's coming downhill and it curves to the left, and he's turning into the wind and the wind blows him over," said OHP Trooper Dwight Durant.

The smell of fuel was strong, as it spilled all over the side of the road.

Once the wreckers got the truck upright, it was just a matter of cleaning up the last bit of debris and getting it out of the area.

Troopers urge everyone to remember that high winds, and especially tornadoes, can be dangerous for anyone in a vehicle.

In Muskogee County, winds pushed another semi onto its side on Highway 62 on a bridge over the Arkansas River.

In Tulsa, another truck pulling a mobile home was blown onto its side on the Broken Arrow Expressway near Garnett. The driver said he thought the weather was dying down so he got back on the road.

That's when strong winds flipped over the mobile home he was hauling.