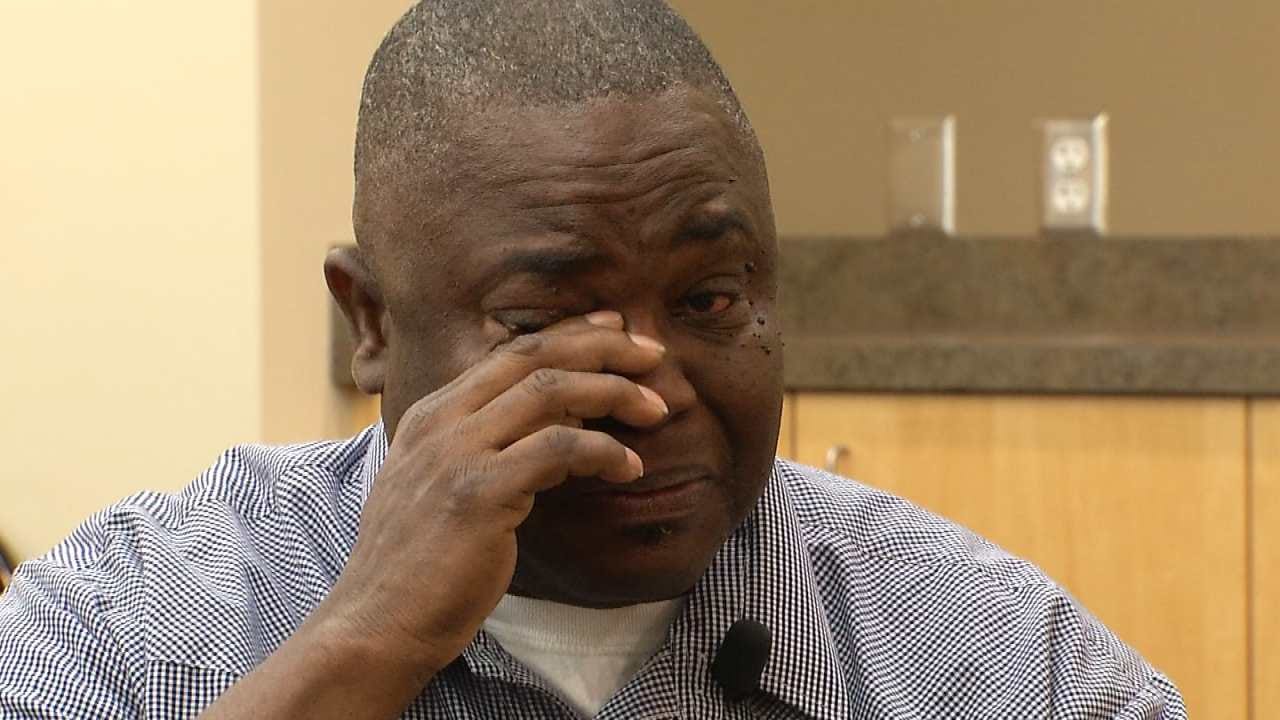 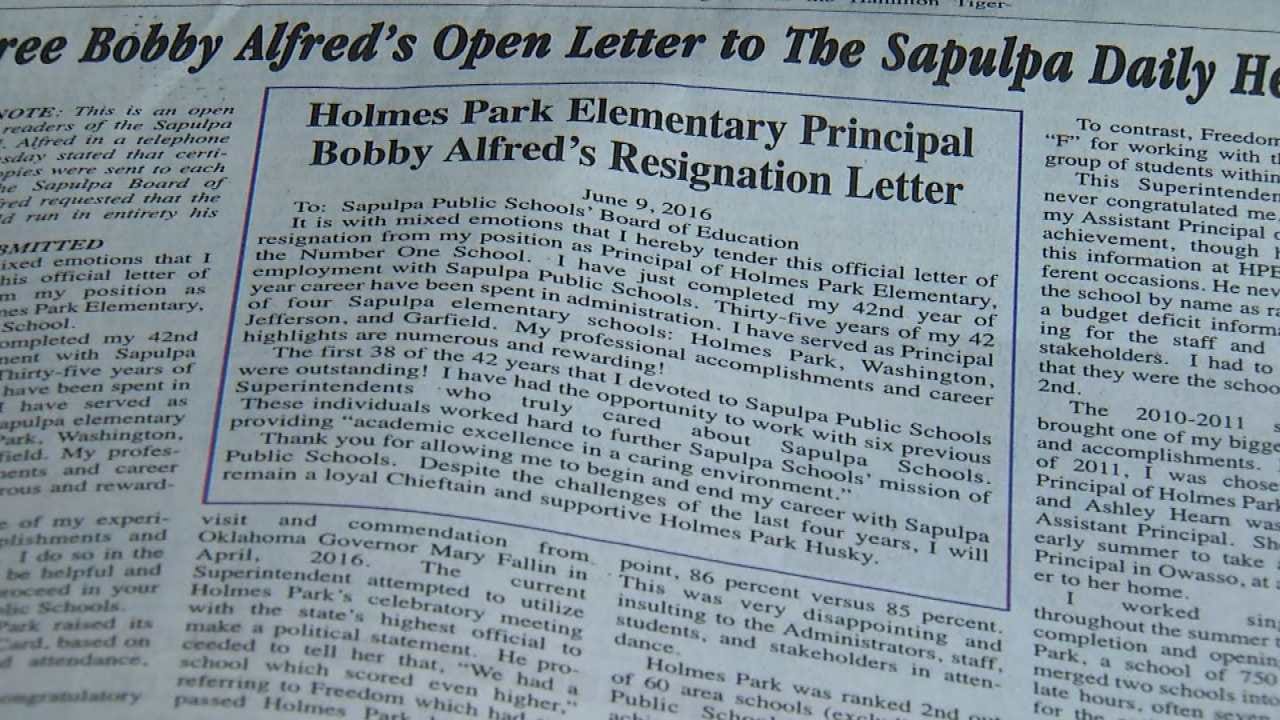 The Sapulpa School Board on Thursday acknowledged leadership concerns that came to light when a former principal's resignation letter went public.

Bobby Alfred’s letter accused the superintendent of making racist comments to employees and downplaying a major racial issue within the district.

One employee says he was a victim of discrimination.

“A strong man don't supposed to cry,” Sapulpa Maintenance Worker Trant Kirven said. “It's so devastating, it's hard to talk about.”

Kirven is an 11-year maintenance worker for Sapulpa Schools. A job he loves, in a town he loves.

“There's good people in this school system that I dearly, dearly love,” Kirven said. “This is not a racist town. It's just things that was handled wrong when racism come in by some individuals.”

Kirven is the employee former principal Bobby Alfred referred to in his resignation letter as being subjected to unspeakable acts of racism by a supervisor.

Kirven says he has nothing to gain by talking with News On 6, but he has everything to lose.

“I could lose my job for this,’ he said. “I’m here today to let the community know what’s going on here is tragic.”

Kirven says his supervisor left bananas on his desk and called him the “N” word on numerous occasions.

“I did not ask to be black," Kirven said. "It was a choice that God made and I shouldn’t have to pay a price for that."

The school can't comment on personnel issues, but Kirven says the district found his supervisor had discriminated against him, but still praised the supervisor when he took an early retirement. Kirven feels the administration ignored the real issue at hand.

“It was just swept under the rug and dealt with in a manner... 'we don't care. He's a black man and we don't care, long as he keep his mouth shut,'” Kirven said.

The school board held a special meeting to address the allegations.

The room was packed with parents, teachers and students supporting Alfred and Kirven.

The school board was in executive session for about an hour and half and when they came out, they read a statement that left some parents with more questions than answers.

And it didn't do anything for Kirven, who is hoping for change more than anything else.

“Words are very powerful, but actions are more powerful,” Kirven said. “React, do something about it.”

The board's statement said it takes allegations regarding school operations very seriously and it has retained legal counsel but can't comment any further.