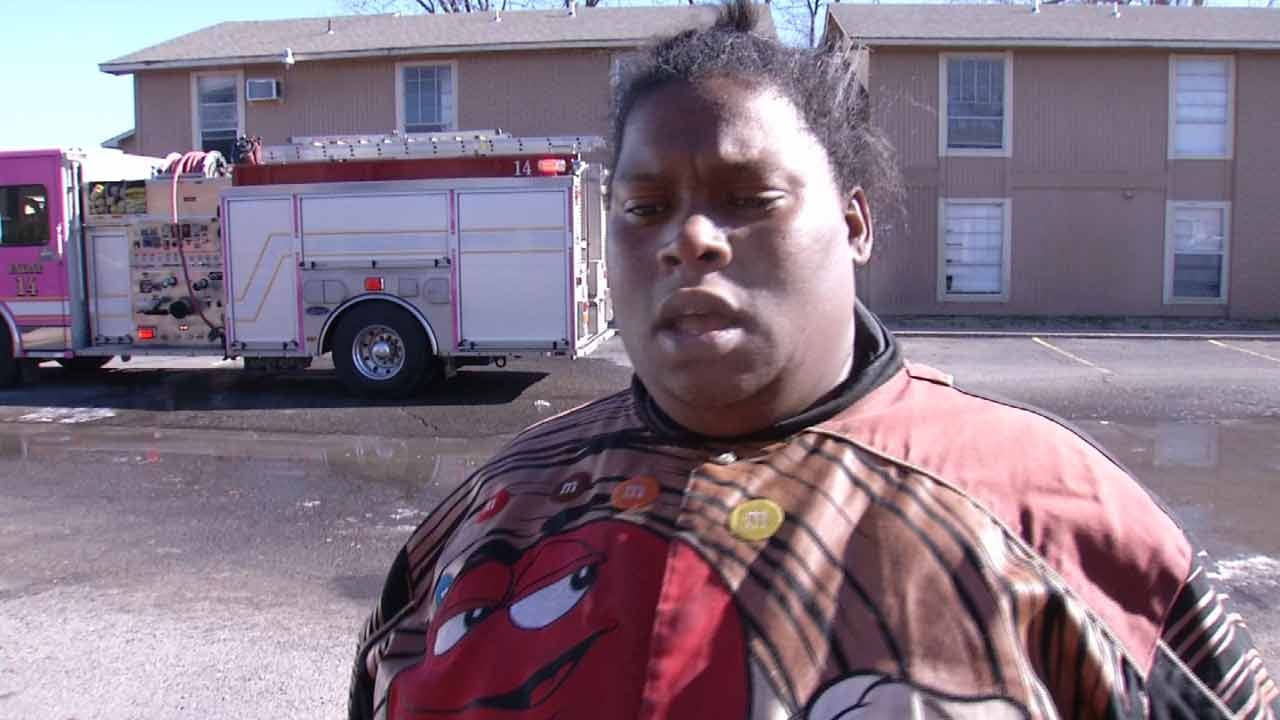 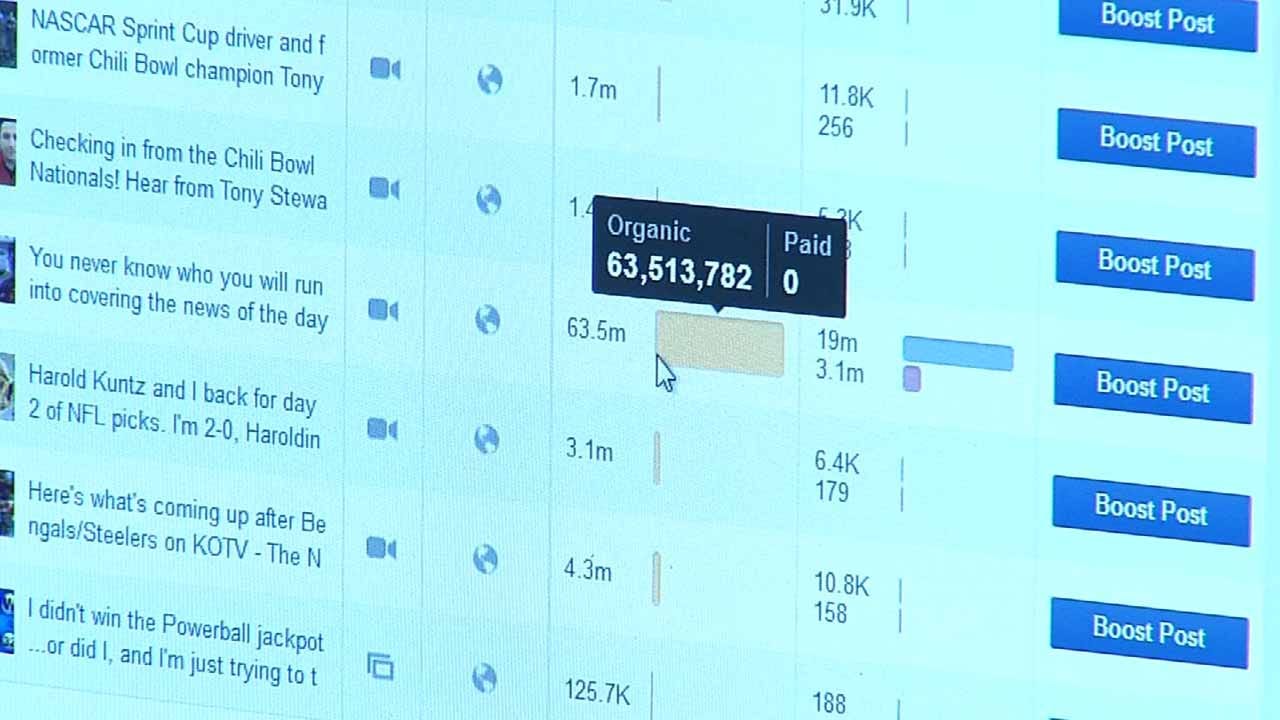 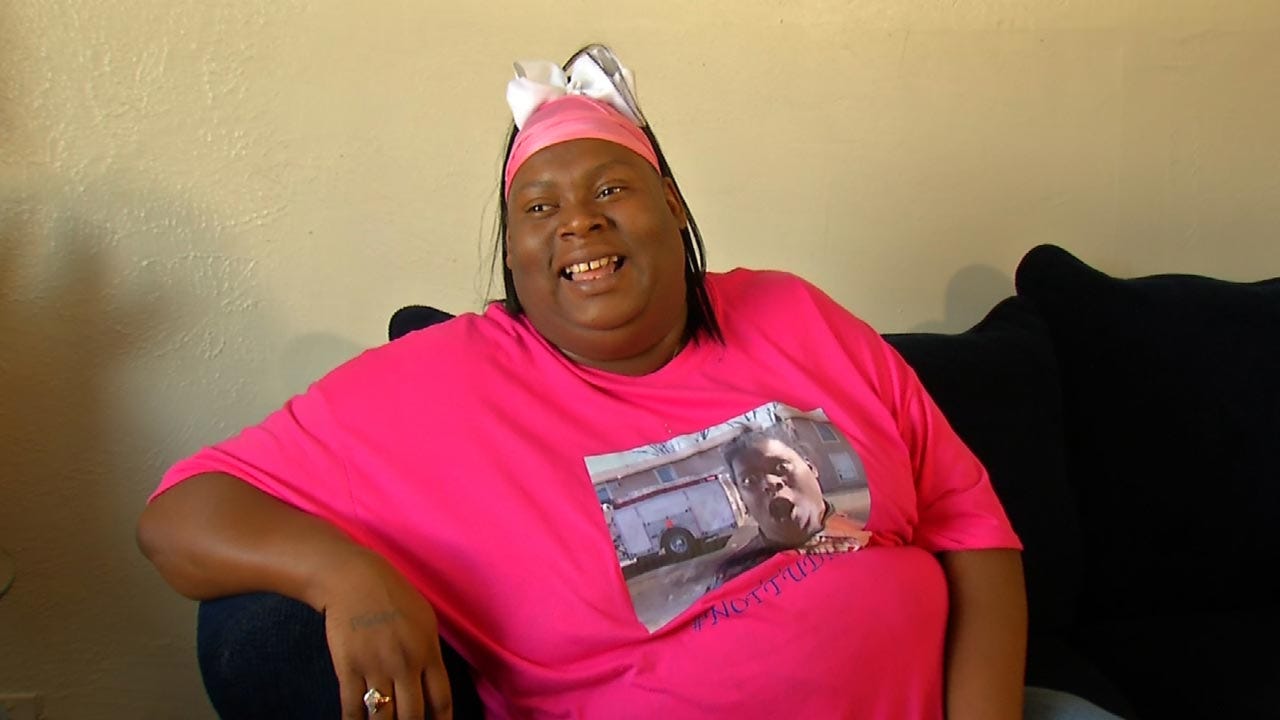 Many of us can come up with a few of our favorite viral videos off the top of our heads – like Sweet Brown or the boy who was a little loopy after going to the dentist.

Back in January, an interview shot by News On 6 spread across the globe in just hours.

You might remember Michelle Dobyne's unique interview after a fire at her apartment complex. We caught up with her a few months later to hear about her 15 minutes of fame.

On January 10, 2016, the top story was a fire at a Tulsa apartment complex. That’s also where we first met Michelle Dobyne.

1/10/2016 Related Story: Tulsa Fire Burns Up Apartments, But Not Positive Attitudes Of Residents

News On 6 sports anchor Charlie Hannema recalled watching her for the first time, “I think it was…somebody from editing came back and goes, ‘You guys have got to see this; just something to watch to break up your Sunday.’”

"Oh man, the building is on fire. I said no what, I got my three kids and we bounced out. We ain’t gonna be in no fire. Not today," she said at the time.

After he watched it, Hannema posted it to Facebook.

“I had to turn notifications off on my phone because I was getting so many with likes, and comments and shares,” he said. “Every time you would check it, it was going up a million views an hour.”

Two months later, the clip has racked up more than 63 million views around the world.

We asked a noted social media expert what makes a video viral worthy. She said catch phrases and exoticism, something that takes us away from our routine lives.

1/11/2016 Related Story: Residents In Need Of Clothes For Children After Tulsa Apartment Fire

There’s no shortage of that in Dobyne’s case.

But we wanted to know what happens after being part of a viral video, so we decided to go see her again, and that same personality was still there.

And the world listened. Along with the more than 60 million Facebook views, remixes popped up left and right and people have even approached her for a future in comedy.

Her whole family is having fun with it, but it hasn't all been fun and games.

Dobyne said one woman tried to act as her manager but they ended up having disagreements and a falling out.

With viral videos being a relatively new phenomenon, there are a lot of unknowns.

Our expert said what Dobyne and other viral video stars are able to do long term with their 15 minutes of fame is anyone's guess.

Dobyne said what she really wants is a platform to raise awareness for things like domestic abuse and homelessness - issues close to her heart.

“It was a blessing, and I really do appreciate it. Somebody gave me something, and now I can continue to give someone else something too,” she said.

Dobyne also said she had a few marriage proposals, but wanted to let everyone know she is happily engaged.