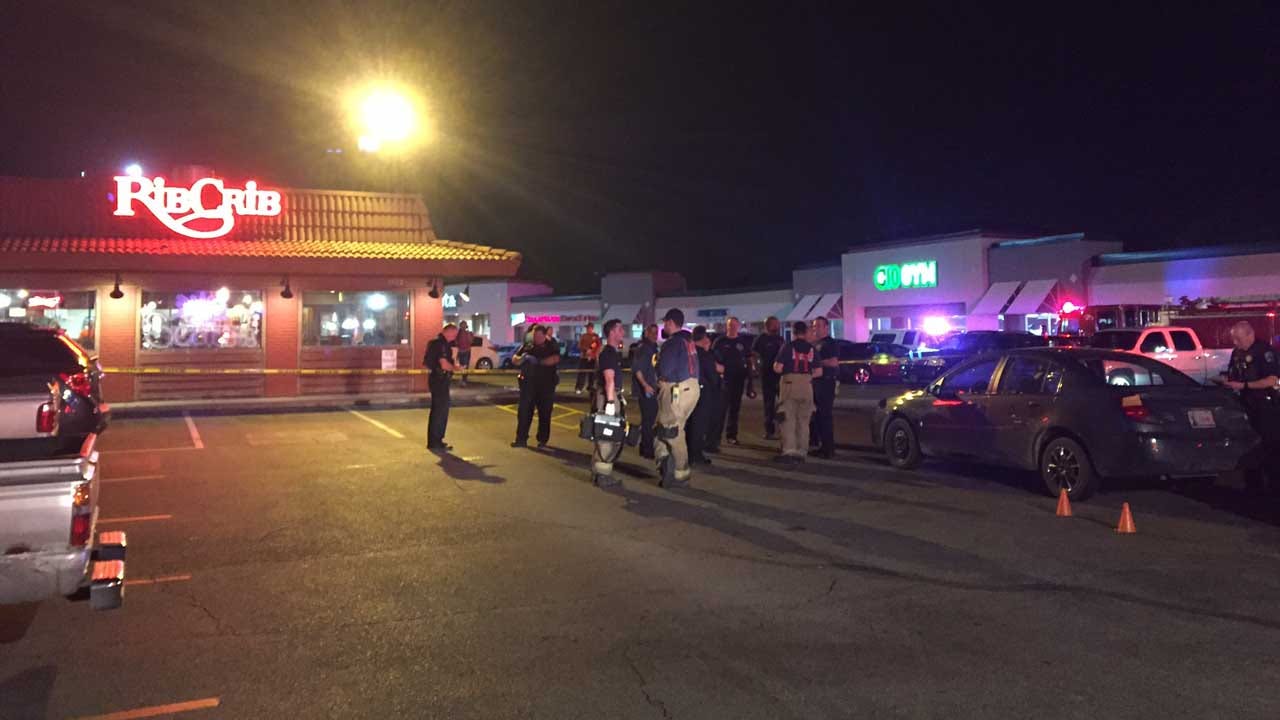 A family member of the victims said her husband and son had been working out at the gym but parked in the nearby Rib Crib parking lot around 7:30 p.m.

Tulsa police said, as the father, Mikey Burnett, and son, Freddie Burnett, got to their car, two men walked up and tried to rob them. We're told Freddie tried to fight off the suspected robbers after they shot his dad.

Police said the Mikey was shot three times in the abdomen and Freddie was shot once in the leg. Police said Mikey was taken to the hospital for surgery. Both are expected to survive.

Police said the two men ran off to the other side of the parking lot where they got in a vehicle and drove away.

At this point, police aren't giving a vehicle description or description of the men who carried out the shooting, but do say there are a lot of security cameras in the area.

Mikey is a Tulsa native and former MMA and UFC fighter. He graduated from Nathan Hale and wrestled for three years in college before making his MMA debut in 1996.