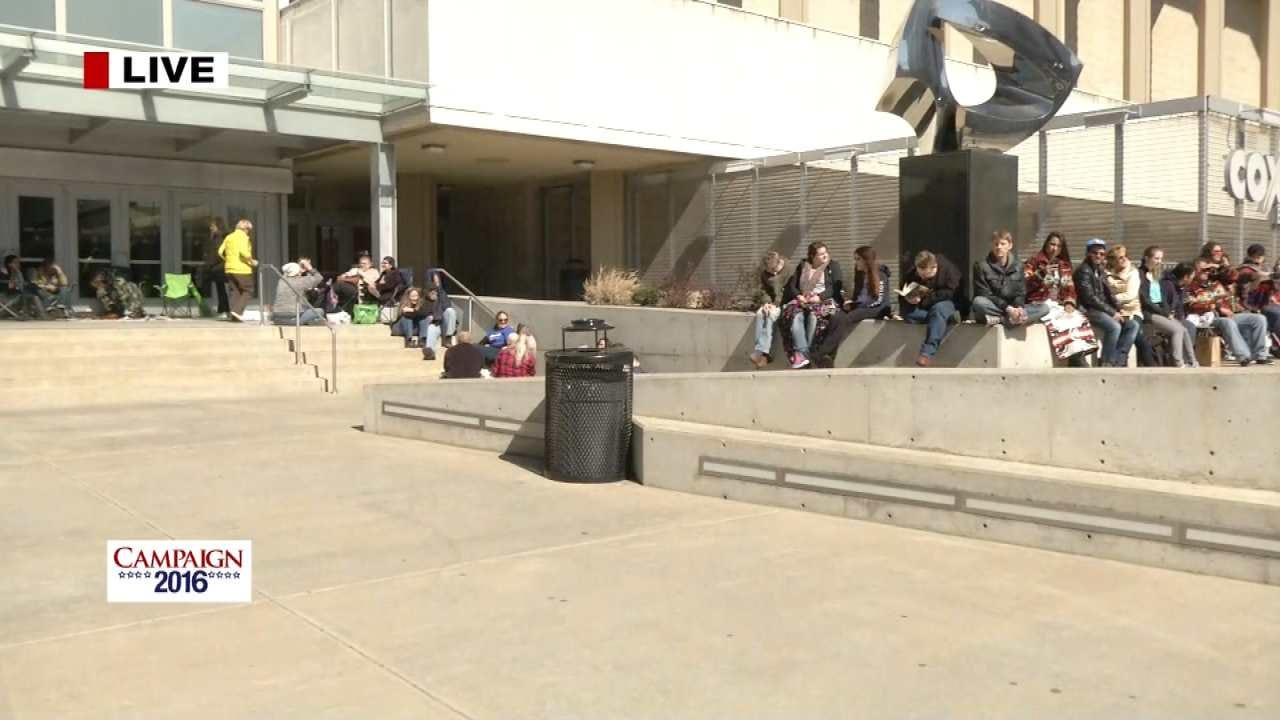 Folks are waiting outside the Cox Business Center in downtown Tulsa to see Democratic presidential candidate Bernie Sanders speak at a rally this evening.

It is Sanders' only scheduled stop in Oklahoma ahead of next Tuesday's Super Tuesday primary election.

The doors at the Cox Business Center don't open until 4 p.m., but that has stopped hundreds from gathering outside.

Bernie Sanders' campaign says the event is free and is on a first-come, first-served basis.  He is expected to touch on issues common at all of his campaign stops so far, making college affordable, getting big money out of politics and combating climate change.

One fan who has been waiting since early Wednesday is Tyiara Hall who left her home in Del City at 3:30 a.m. to be the first person in line.

"We're just hoping that he can make a difference better than the other candidates at the moment, because right now there's Hillary Clinton and were not really big on her at the moment,"  said Tyiara Hall.

Bernie Sanders is scheduled to start speaking at 7 p.m.

NewsOn6.com will be live streaming Sanders' rally and over the air on channel 6.3 and Cox cable channel 53.

We will also being the same thing with Donald Trump's and Marco Rubio's visits to Oklahoma City Friday afternoon and evening.