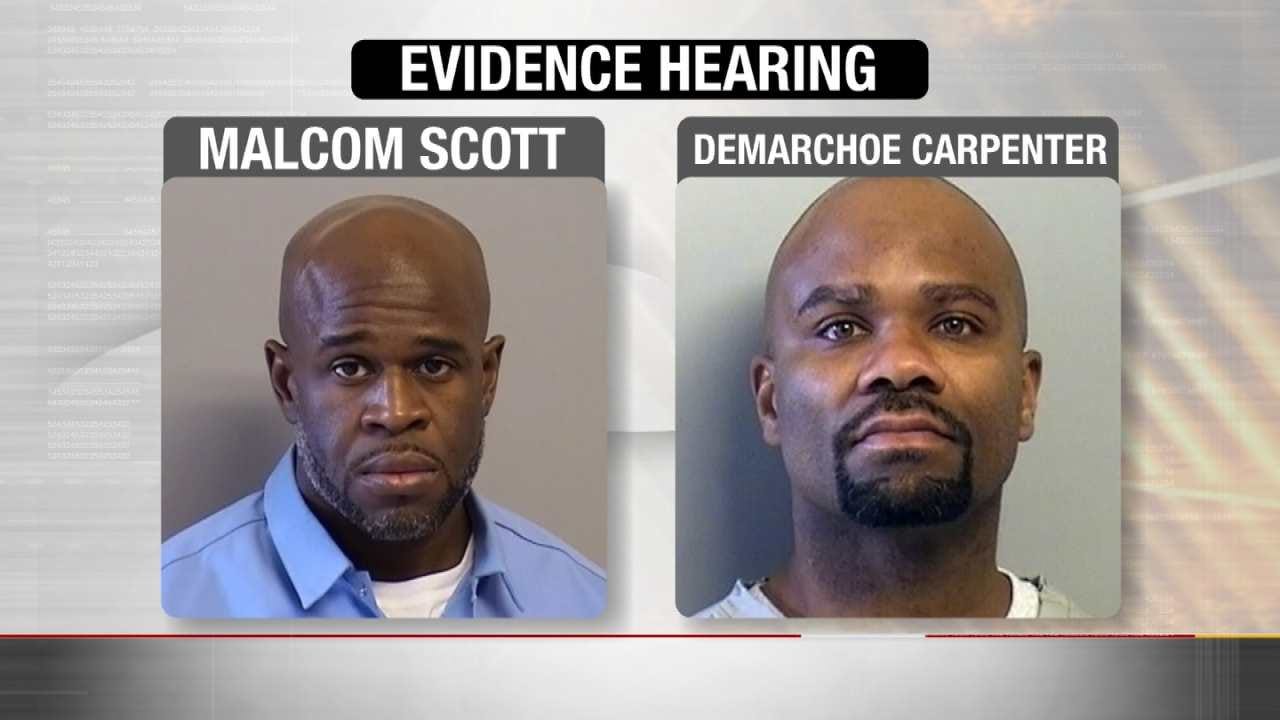 Two convicted murders who have been in prison for 21 years say they are innocent.

The Oklahoma Innocence Project has been working on the Tulsa case for five years. The group says it has new evidence that shows the men – Demarco Carpenter and Malcolm Scott – are telling the truth.

In 1994 at a Crips party, Karen Summers was killed and two others were hurt in a drive-by shooting.

A jury found Carpenter and Scott guilty and sent them to prison for life.

But now, two other men say they are actually the ones who committed the crime.

An evidence hearing was held today in Tulsa County.

"My son is a good guy, a good young man since Day One,” Pamela Carpenter said. “He's loved by everybody that knows him. He's never been a violent guy; it's not in him."

The man caught with the murder weapon was Michael Wilson. He was only charged with accessory after the fact and didn't get any prison time.

A year later, during a robbery, Wilson and others killed QuikTrip employee Richard Yost.

Wilson handled the register up front while his buddies beat Yost to death with a baseball bat in the back.

Wilson and his buddies all were sentenced to death, except one who was only 16, so he received life without parole.

Before he was executed, Wilson said he and his buddies were actually the ones who killed Karen Summers in the 1994 drive-by shooting, not the men convicted of the crime. They all signed affidavits saying the same thing.

Attorneys say it makes sense because Wilson had the murder weapon and the car used in the drive-by.

Plus, they say Wilson had the motive, because he'd been shot in the leg a couple of days before by some Crips and wanted revenge.

Also, two eyewitnesses from now say they lied during the trial when they said Carpenter and Scott were the shooters. They say police coerced them to say that, even though they really didn't see who did the shooting that night.

Based on all that, the Oklahoma Innocence Project is trying to convince a judge to throw out the convictions of Carpenter and Scott and set them free.

The district attorney believes the jury got it right. He says people changing their stories years after the fact is not enough to throw out the convictions.

We'll let you know what the judge decides.