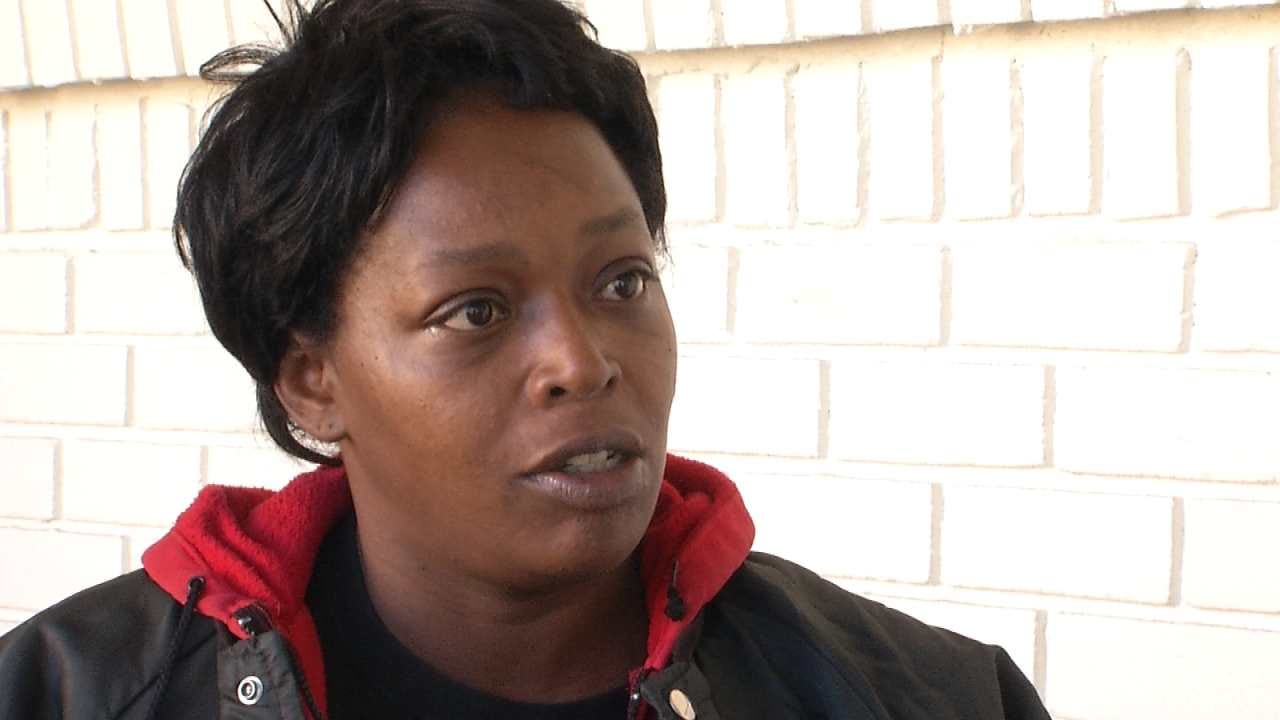 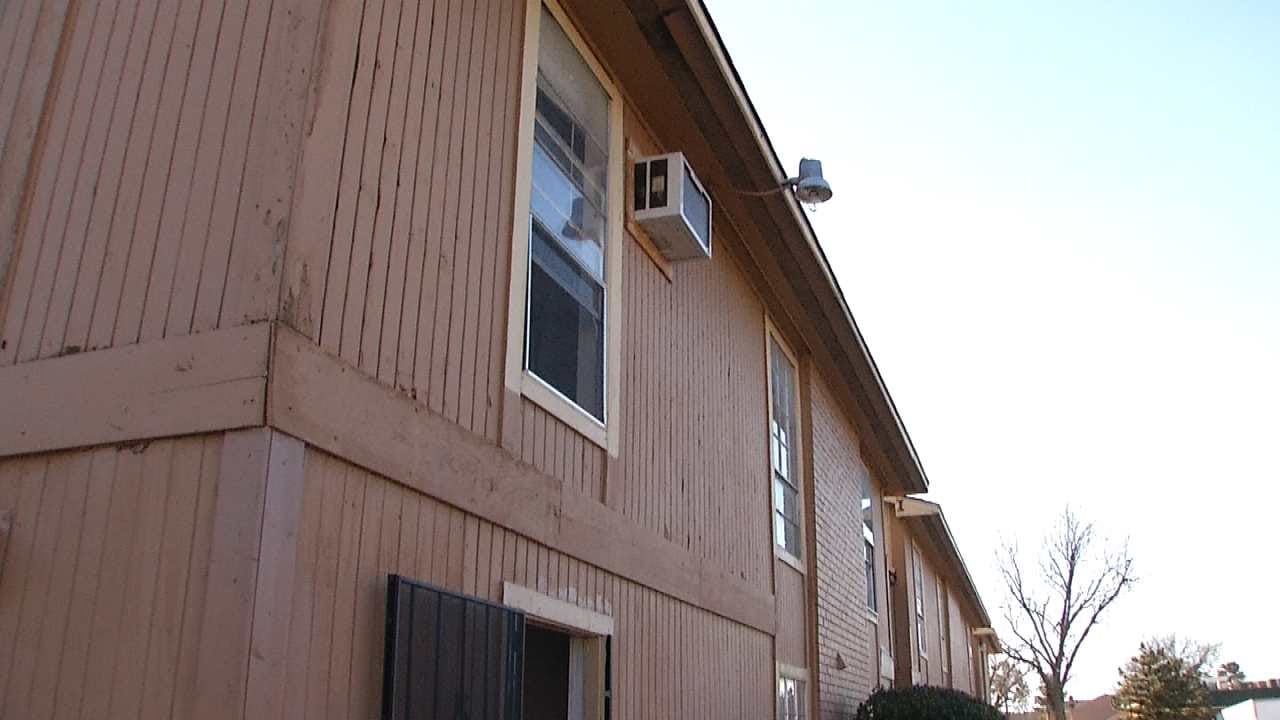 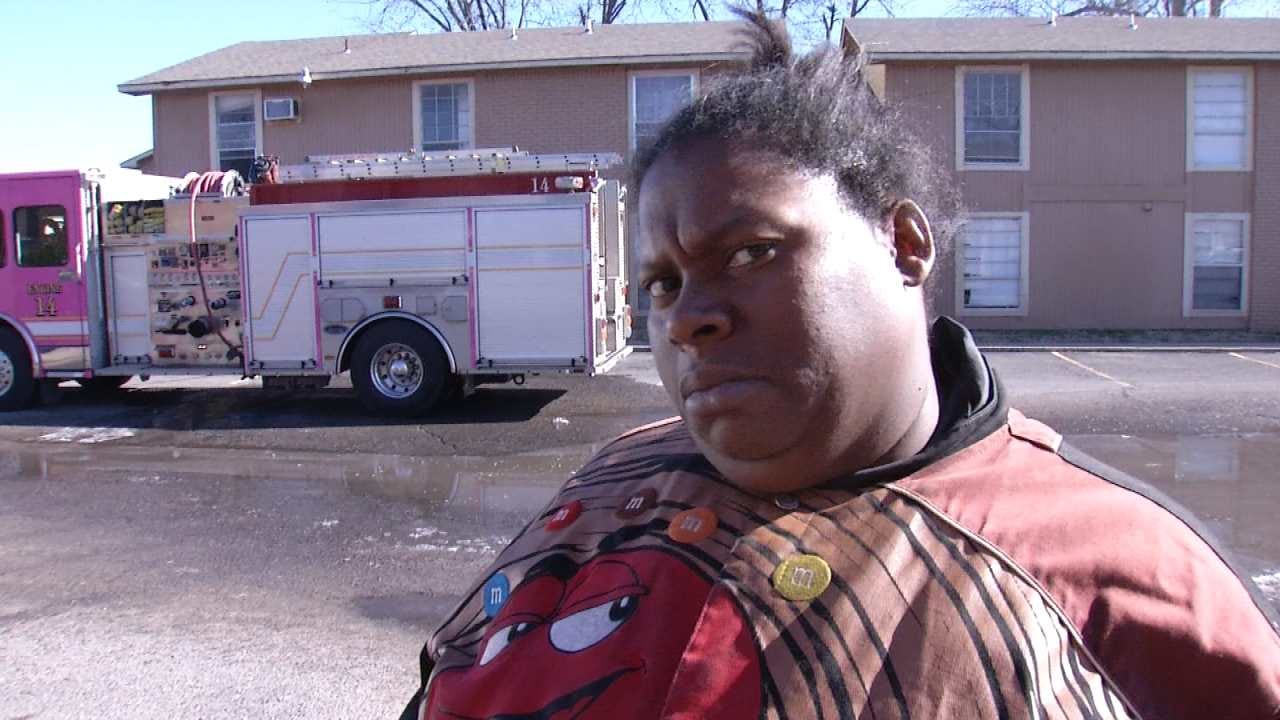 Folks forced out of their apartments after a weekend fire are still waiting to get back in.

The electrical boxes at the Casa Linda Apartments near 61st and Peoria have been fixed and they’re now waiting on PSO to give the final approval to turn it on.

It’s been a long week for many of them, but for others, it’s been life changing.

Michelle Dobyne’s interview with our photographer about being evacuated has been viewed millions of times on social media.

"We ain't gonna to be in no fire, not today," she said in her original interview.

She now has a manager and an online fundraising account, where more than $17,000 has been raised.

But one tenant, who lost nearly everything, believes she has been left in the shadows of her neighbor's fame.

Millions of people on social media have watched Dobyne's reaction to a fire at her apartment complex.

1/10/2016 Related Story: Tulsa Fire Burns Up Apartments, But Not Positive Attitudes Of Residents

But Centoria Lee, who lives right above the room where the fire happened, is feeling people forgot everyone else displaced by the fire.

Dobyne couldn't speak with us today because she has upcoming interviews with national television shows, but her manager Talisha McClain is defending the criticism she's getting.

"Michelle's personality is what the world took to,” McClain said. “So, it had nothing - this money, this fame and her getting all this attention is not her fault, she didn't expect to go viral.”

McClain and her daughter, Tykebrean, saw our follow-up interview with Dobyne on Monday and wanted to help her.

1/11/2015 Related Story: Residents In Need Of Clothes For Children After Tulsa Apartment Fire

Talisha said, "Michelle wants a home. That's all she wants is a home for her three children, you know, to take care of her family. She does not want to go back to those apartments."

“We all want to help, and she has a great heart and she wants to help just as much as we do," Tykebrean said.

Dobyne said she was friends with Lee before the fire and Internet fame.

Lee just wants to make sure everyone gets help.

"I'm the one affected by all of it because me and my daughter, we don't have nothing. We're living here, but she get a free ticket, we don't got anything and it's so hurtful that people like us gotta live like this," she said.

Including Lee, 20 fire victims are at a nearby Red Cross Shelter.

New wires and junction boxes are in place at the apartments, and one of the maintenance workers hopes to start moving people back in this weekend.