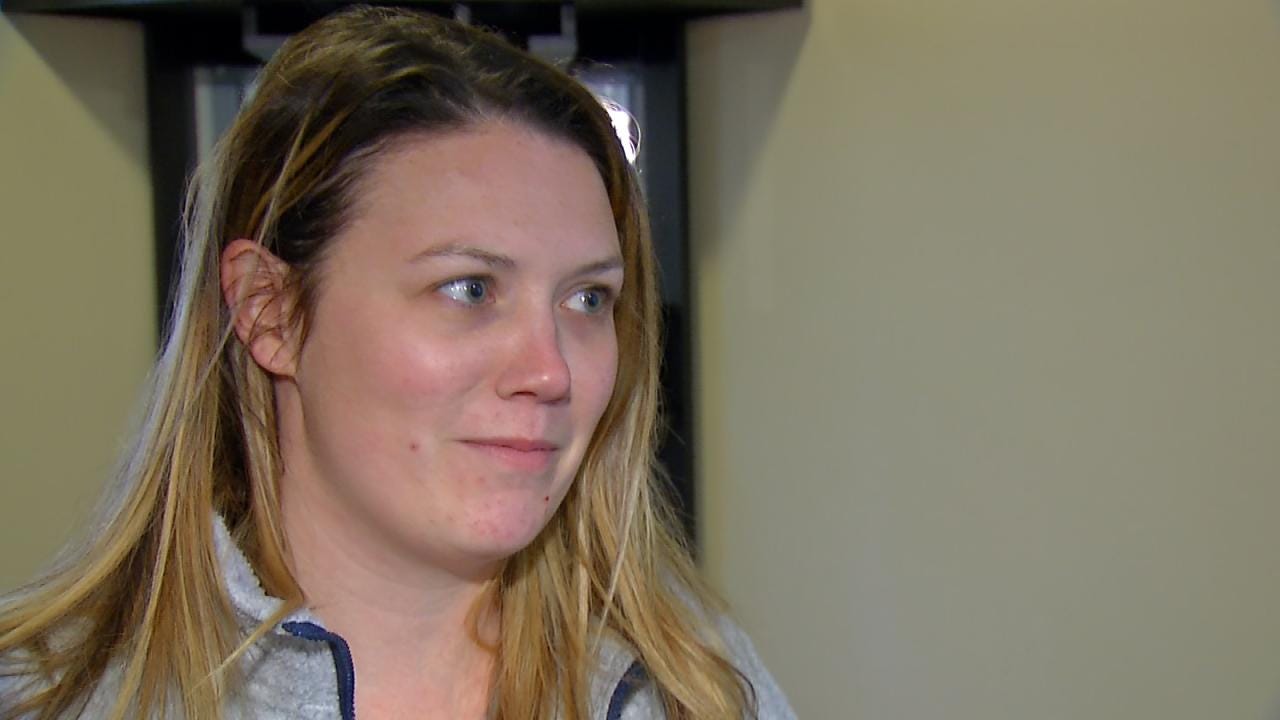 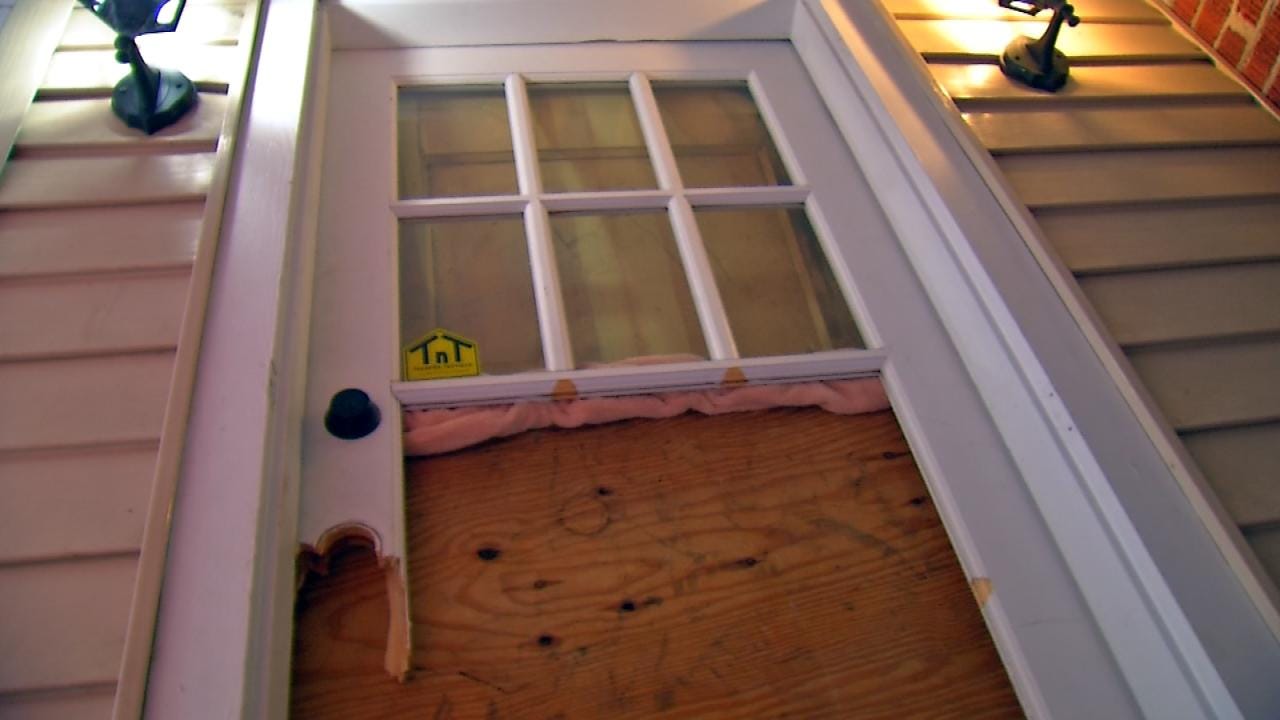 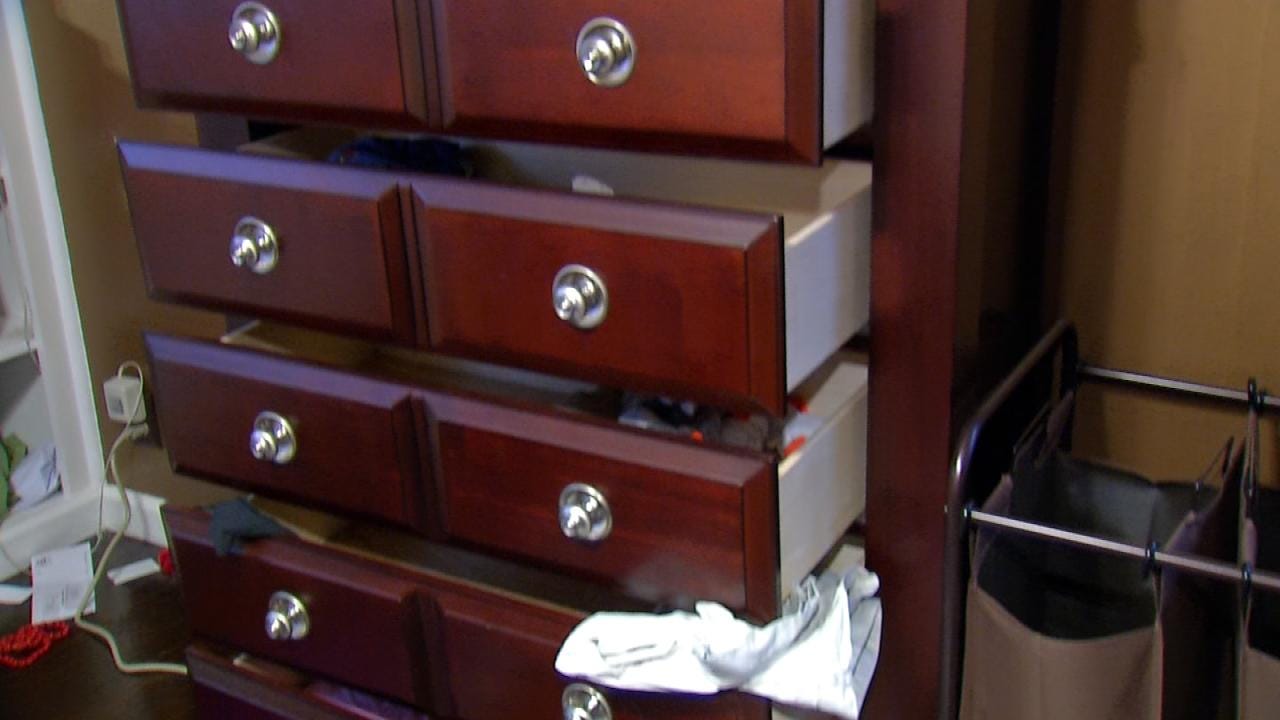 After a holiday weekend away, a Tulsa couple came home to find their back door broken and their home ransacked. The couple said about $25,000 worth of jewelry, guns and other items were taken.

The thieves didn't open up the door to get inside; instead, they found a way around the home alarm system and broke through the bottom part of the glass.

It didn't trigger the door alarm, only the motion sensor. The homeowner said that goes off all the time, so she wasn't too worried.

After a Thanksgiving weekend away from home, Jordan Didier returned to find her glass back door shattered and the wood frame broken.

"They broke the door perfectly on the bottom to where it didn't trip the door sensor," she said.

It did trip the motion sensor on her alarm system, which she said goes off often and easily.

"We thought, maybe it is a bug or something like that, but really they had broken out this bottom part and came through," Didier said.

The thieves ransacked her home - pulling out drawers, looking under mattresses and even taking the safe out of her closet.

They stole guns, passports, checks and precious jewelry given to her by family.

Didier said, "I would have rather them taken all the TVs out of the house than those personal items that mean so much to us.”

Then it was a race against time, which is why Tuell said they grabbed smaller items and not larger electronics, drawing minimal attention.

"We asked our neighbors and nobody saw anything," Didier said.

Police said if you are going out of town this holiday season, don't post it on social media, tell your neighbors so they can keep an eye out, and if you have a safe, bolt it down so it can't be carried off.