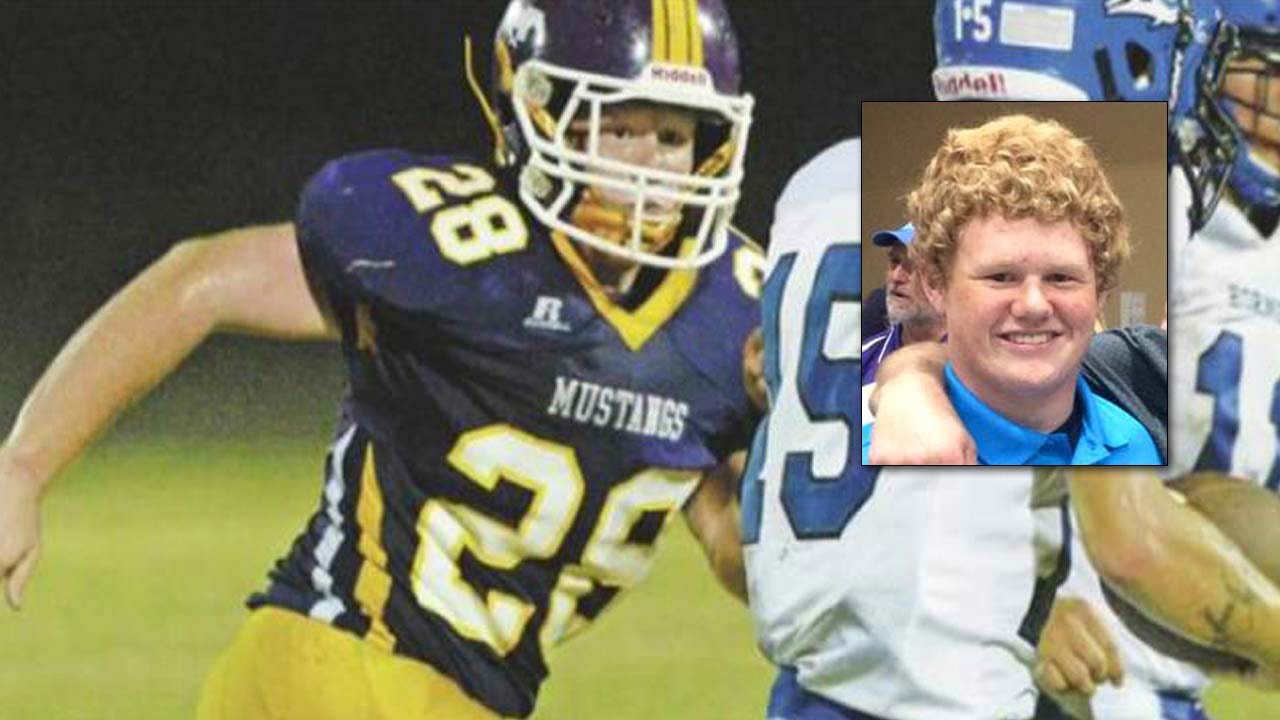 "Ben has entered his forever home this morning. Words from Steve: Ben's condition has deteriorated overnight because of a lack of oxygen in his blood and this morning I am saddened to let you know that the world has lost a spiritual warrior! He has been gathered to his people and we will see him again soon on the other side. Misti and I have been humbled and in awe of the amount of response Ben has received in prayers. Please understand how much comfort that has been to us. If we could ask anything more of you it would be for prayers of comfort and to never stop believing in the one true God, for His name has been praise through all of this!!! Praise the name of Jehovah our God!!! He reigns forever!!!"

Hamm suffered a head injury after what seemed to be a routine tackle. He underwent surgery after the blow, but family members say the pressure in his head did not decrease as expected

Hamm was a junior linebacker and team captain. Players honored him Friday night in the game against Depew by wearing helmet stickers with the number 28.