McAlester School Board Votes Against Teachers Carrying Guns On Campus McAlester School Board To Vote On Teachers Carrying Guns 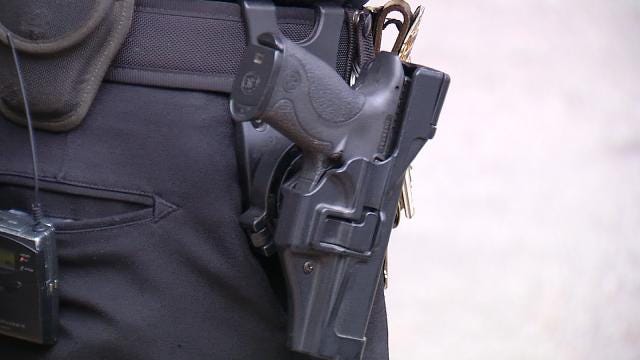 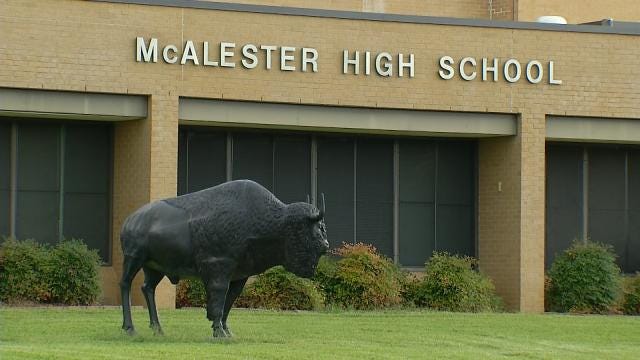 The McAlester School Board voted to keep a policy that prohibits qualified teachers from carrying guns on campus.

The McAlester Public School board looked into the district's gun policy Monday night after the legislature made changes to state law. The superintendent said guns don't belong in the classroom, and ultimately, the board agreed.

McAlester Schools has its own campus police department consisting of Chief Chuck Campbell and one part-time officer. They are allowed to carry handguns on campus.

"It's sad, but nowadays with the dangers in society and the way things have gone, it's a necessity," said Chief Campbell said.

But the school board was set to vote on whether qualified school employees, including teachers, could to do the same.

"Of course, safety's always a concern for our students, and we're a fairly small school district and if needed, Officer Campbell or Officer Moore are always close," said McAlester Superintendent Marsha Gore.

"Having a police department as a part of our school system has worked well through the years, and as of right now, we feel that's the best way to continue."

In May, Governor Fallin signed a bill allowing certain personnel to carry handguns on school property. The law says school employees must have an armed security guard license or a reserve peace officer certification.

It's up to each district's school board to decide if employees can be armed on campus.

Right now there are four McAlester employees who meet the qualifications. None of them is a teacher.

McAlester's policy allows those employees to work as reserve officers for the district, but only during after school events not in the classroom. Chief Campbell and the board must sign off on each reserve officer.

The chief said he supports the second amendment, but said teachers being able to keep a gun safe in a classroom raises some concern.

"Being a defensive tactics instructor, intermediate weapons, I know how easy it is to take weapons away," he said. "I know how much training I've gone, other officers go through to be able to retain those weapons and be safe with them.

"It's hard sometimes to focus on that protection when you're mind's on dealing with this problem or teaching this student. It would be a very special person."

The superintendent said a tragedy that left two teens dead in Tennessee 17 years ago proved to her that more guns wouldn't have changed the outcome.

"I was in a school that had a school shooting, and I don't think it would have made any difference if the principal or a teacher would have had a gun," said Marsha Gore, McAlester Superintendent.

McAlester School Board Votes Against Teachers Carrying Guns On Campus