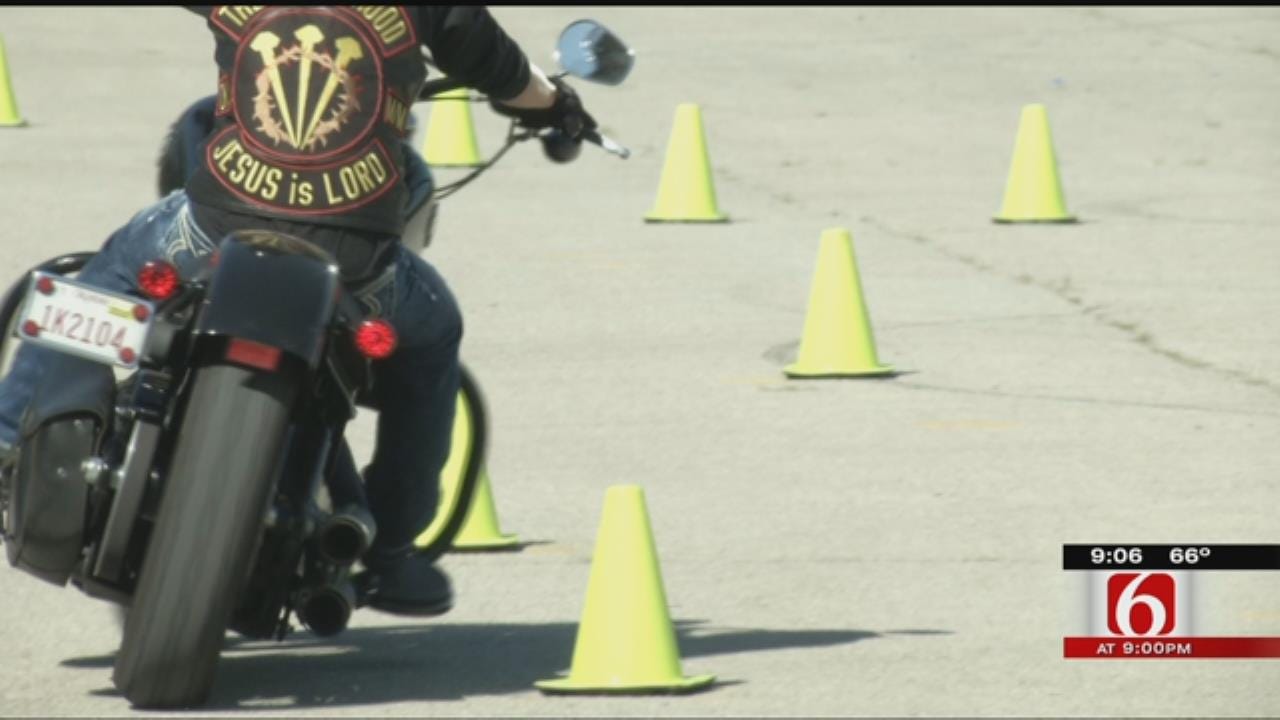 Another deadly summer on Oklahoma highways have local police making sure motorcyclists are getting the tools they need to stay safe on the roads.

The Tulsa Police Department Motorcycle Unit trained at least 20 riders here for free on Saturday. They're did it with grant money and showed them some advanced tips -- most importantly, to use their helmet.

It doesn't matter what kind of motorcycle you want to ride, if you've got a helmet and a will learn, the Tulsa Police Department will teach you.

"I'm just hoping to improve my skills all general overall,” Howard Morgan said. “The slow driving like we're doing now... I'm not quite good as I thought I was, so I'm getting better."

Howard Morgan went through the course on his Harley Davidson cycle. Some of the skills he learned will help him become a safer rider.

"I would've never dreamed of that,” Morgan said. “I've ridden bikes a long time, never was introduced to that until today, so there was a lot of good technical training that's going on here,"

Riders learned how to make 90-degree left and right turns, which can be harder than it looks.

Sgt. Paul Melchior makes it look easy, but he practices every month.

Beyond the drills are the hard numbers Melchior tries to hammer into his students.

The Oklahoma Highway Safety Office says in 2013, more than half of motorcyclists who died in accidents weren't wearing a helmet.

Melchior hopes riders benefit from drills and the hard facts so they can stay safe out on the roads.

"Just be aware of your surroundings when you're riding, notice other traffic," Melchior said.

This was the last class the Tulsa Police Motorcycle Unit will be offering this year. They'll start it up again next spring just in time for the big riding season.