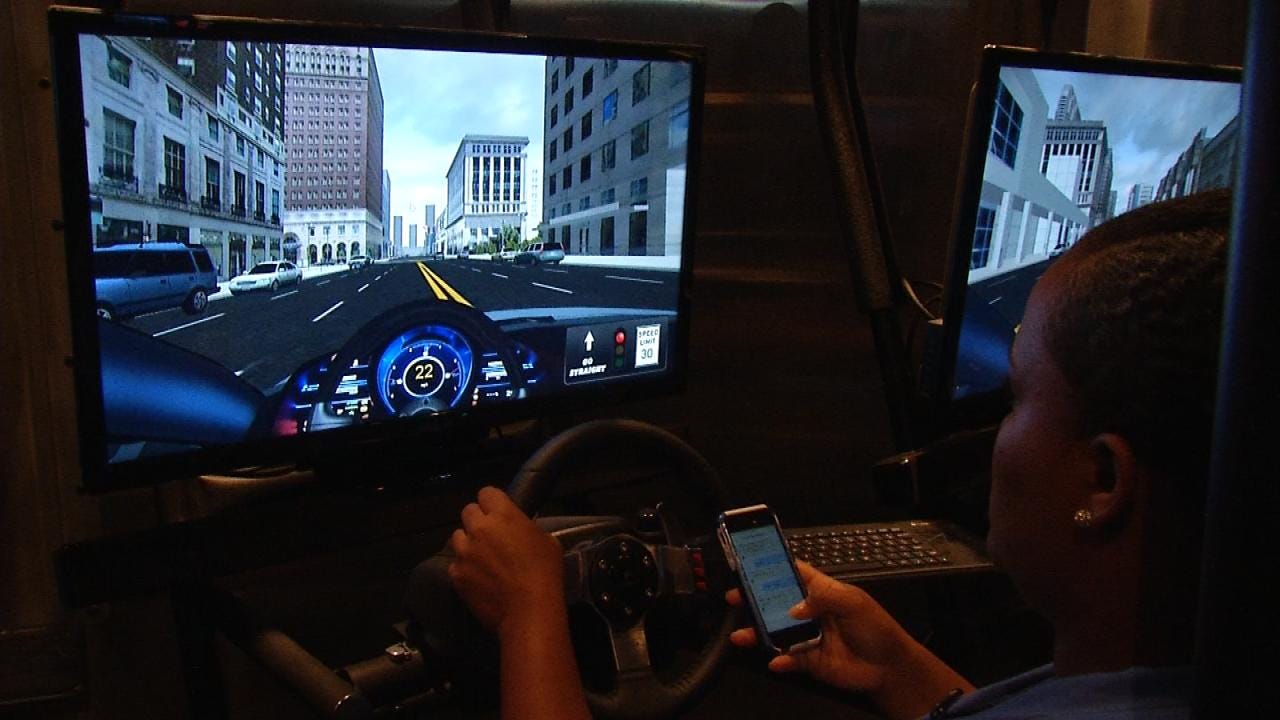 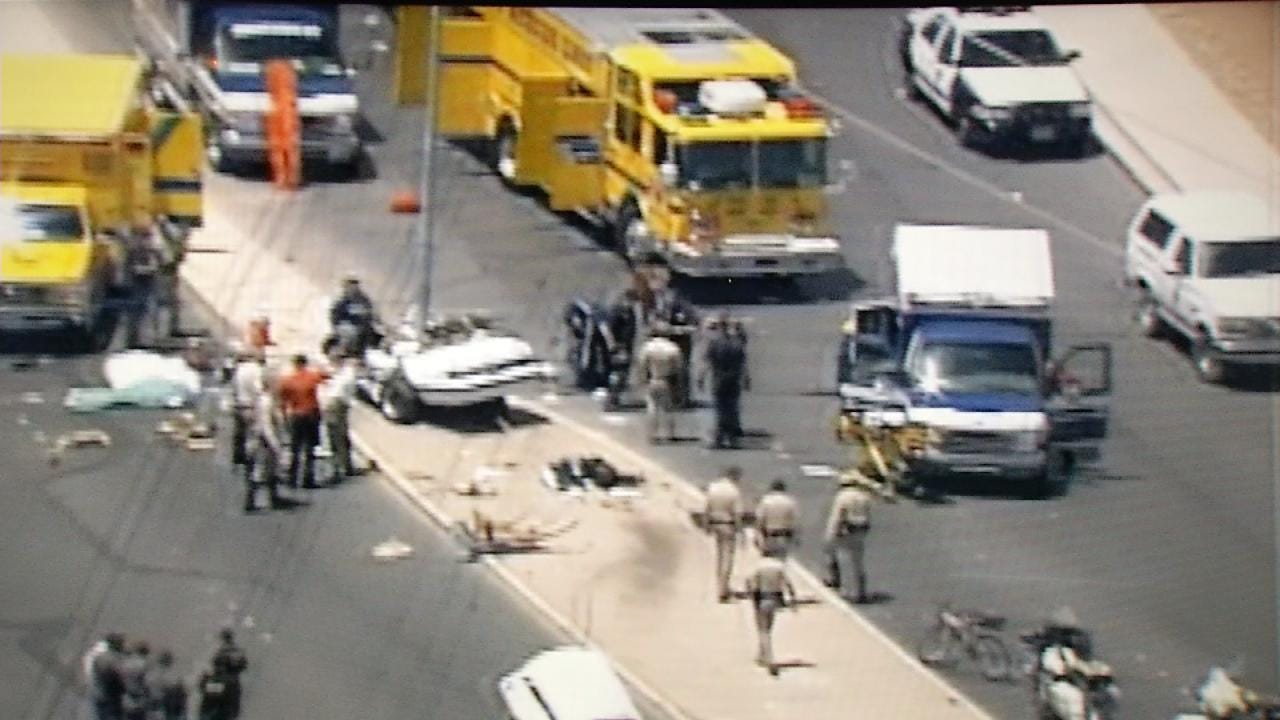 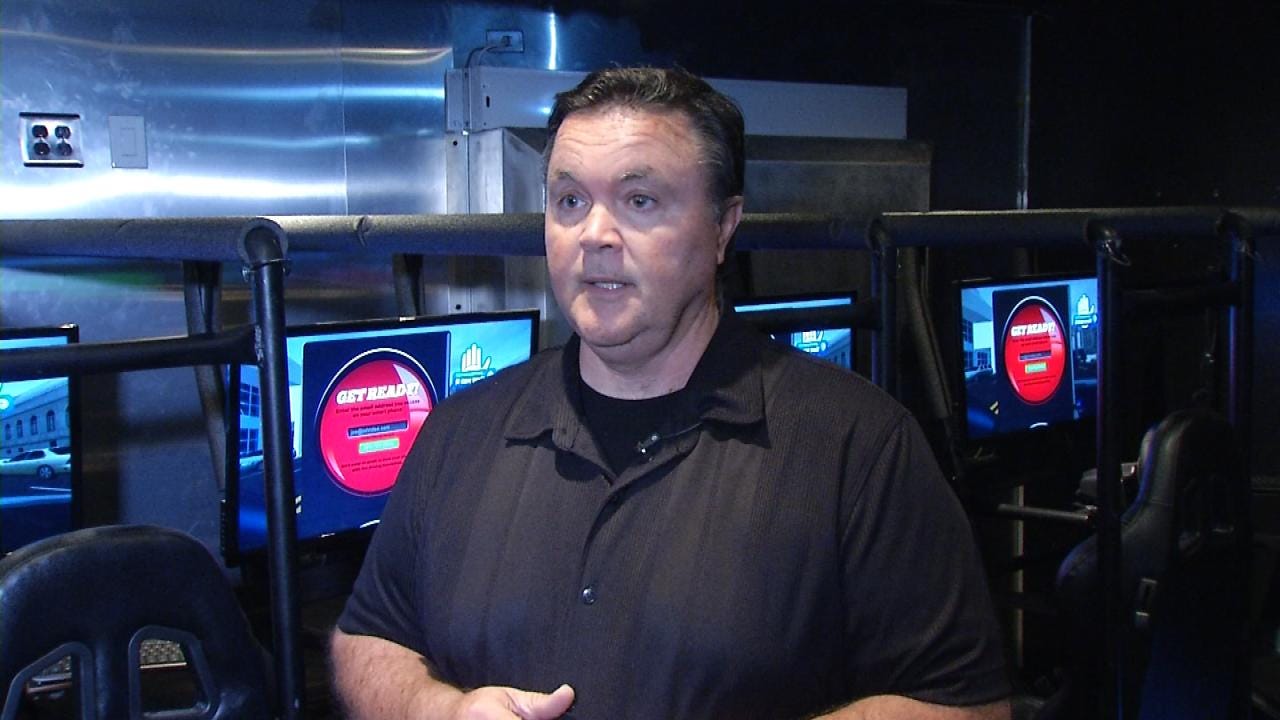 The Center for Disease Control says the number one killer of teenagers is car crashes; and as students head back to school, those statistics are important to know.

Texting while driving plays a big part in those numbers, and it’s encouraged Tulsa business owners to create the BRB texting and driving simulator truck.

In less than three months, it will be illegal to text and drive in Oklahoma. In the meantime, advocates of the law say, with students heading back to school, now is the time to commit to not text and drive.

The video playing inside the mobile display texting truck experience shows a car split in half, illustrating how texting and driving can result in lives lost or changed forever.

"I started screaming because I heard this excruciating pain. When they put me on the stretcher, when they finally got me out of the car, I heard them say we need to find her foot," the video says.

The young lady is a face on a screen, but one that could easily be someone you know, or even you.

Terry Henshaw and Brandon Murphy of the Nelson Auto Group are two of the people who made the mobile simulator possible.

Henshaw said, from his research, most teenagers feel they are "good texters" and invincible.

“Texting and driving has now surpassed drinking and driving, so it's the number one killer right now of people across America, and it's becoming an epidemic," Henshaw said.

But the new simulator hopes to prove no one is a good enough to safely text and drive.

In all, there are 12 simulator seats. The drivers sync their phones to the system and drive.

In the time it takes to look down and read and respond to a text, your life could be altered - luckily, the wrecks aren't real.

Henshaw said, if it scares drivers, that's fine. The goal is to help them understand that a text isn't worth your life.

Both days the simulator will be open and free for everyone to test out.