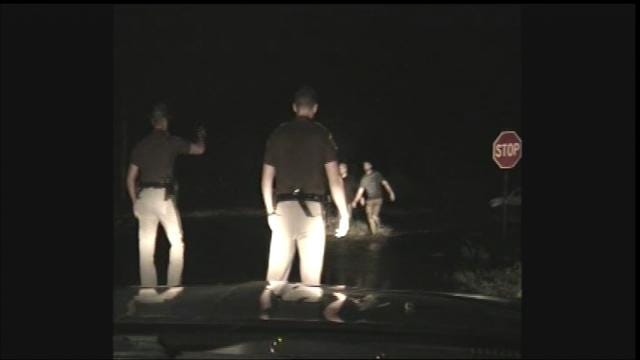 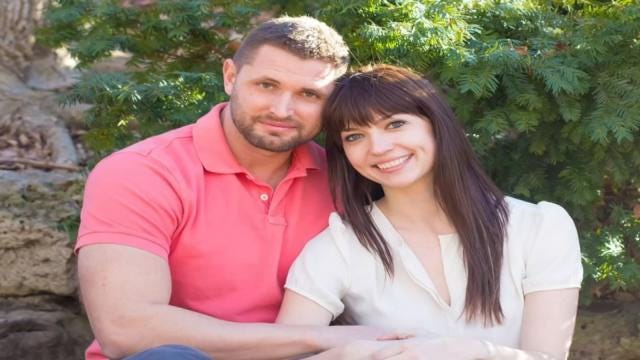 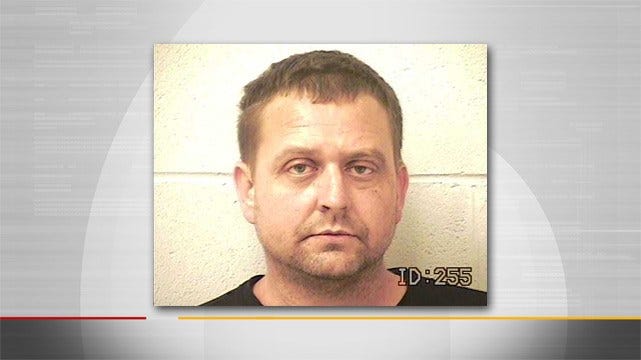 The Oklahoma Highway Patrol released full dashcam videos of the confrontation in Okmulgee County between two brothers and two troopers that cost pastor and newlywed Nehemiah Fischer his life.

In the video, you see Nehemiah tackle a trooper to the ground after the troopers spent nearly 15 minutes coaxing him and his brother, Brandon Fischer, out of rising water.

The video, released the same day Brandon was in court, sheds new light on what happened when Brandon and his brother confronted the two troopers.

That May night the first trooper arrived, monitored rising water and checked out what was happening with some guys and a pickup truck.

Minutes pass and the trooper turns some other drivers away.

More time passes before a second trooper shows up.

"It's rising right now, too. Like, it's rising up underneath my car," one said.

The troopers swap flooding stories - their experiences on patrol that night - then watch the guys try to move their truck.

"Hey! We're not having that. It's stuck. Come on guys, get out of there," the trooper says.

That's when the troopers get annoyed.

"They're ignoring me. I'm about to start getting angry," you hear one say.

They blow it off, walk away even laugh about it.

"Guys! You need to get out of the water," the say again.

At this point, the troopers say they're going in, but they still wait a few minutes, and share more stories.

Finally, about ten minutes after it all began, is when tensions rise.

Nehemiah Fischer tackles one of the troopers and a few seconds later the troopers shoot three times, killing the newlywed pastor.

Troopers said he had a gun on him at the time.

You can hear Nehemiah's brother, Brandon, crying on the video, then, on the second trooper's dashcam, you can hear him threaten the troopers.

6/1/2015 Related Story: Brother Of Man Killed In OHP Shooting Bonds Out Of Jail

For that, Brandon was charged with threatening to perform an act of violence, and public intoxication -- both misdemeanors.

Brandon Fischer's was in court Thursday for a hearing, but it was delayed. His next court date is August 21st.