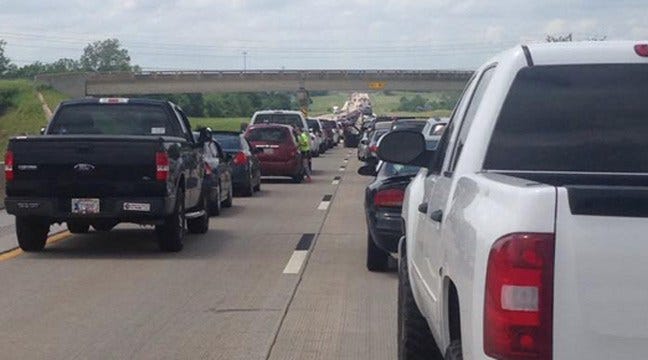 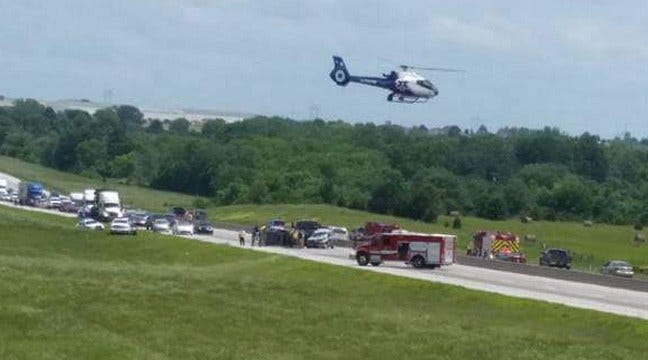 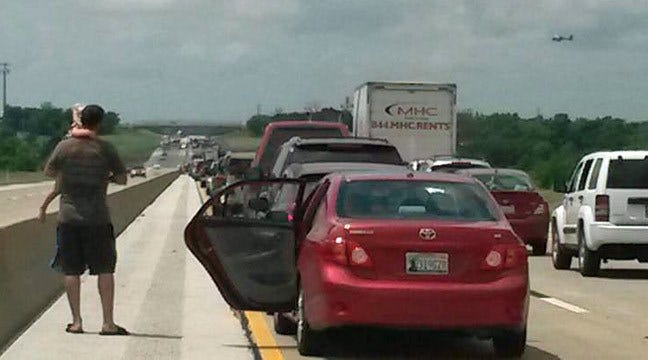 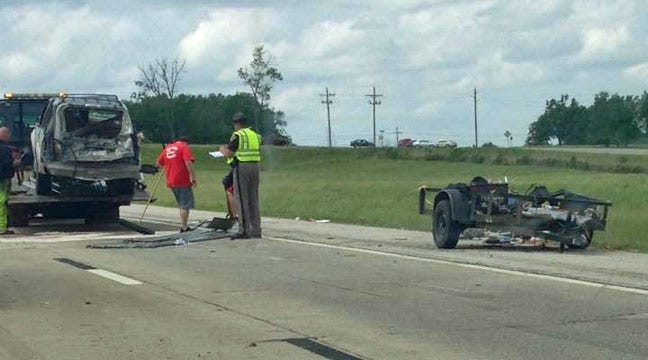 Five people were injured in a wreck that left the northbound lanes of the Muskogee Turnpike east of Broken Arrow at a standstill for about an hour Saturday afternoon. The two-vehicle wreck was at mile marker four, near Coweta.

The Oklahoma Highway Patrol, Life Flight and other emergency services responded to the injury crash. OHP reports the turnpike lanes were closed at 1:45 p.m.

Two SUVs were involved in the rollover wreck - one pulling a trailer.

Troopers say both vehicles were northbound on the turnpike in the outside lane when one hit the back of the other. Both SUVs rolled.

Glenna Bush of Broken Arrow hit a Ford driven by Tulsa resident Abdual R. Almudalal, a trooper's report states. Bush, 48, and her 13-year-old male passenger were both admitted to a Tulsa hospital where they were said to be stable.

Almudalal, 57, was treated and released for minor injuries. His passenger, 44-year-old Charmane Thoene of Tulsa, was admitted to a Tulsa hospital after being partially ejected from the vehicle. She was not wearing a seat belt, according to OHP.

She was said to be stable.

Another passenger in that SUV, 54-year-old Scott Glasco, was treated and released for minor injuries.

Both lanes were reopened as of 3:45 p.m. but crews were still clearing debris from the shoulder of the road, OHP reports.

The trooper blamed the cause of the wreck on drier inattention. Both drivers were in apparently normal condition before the wreck.