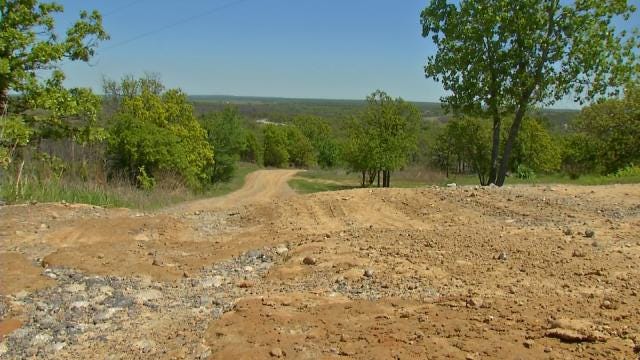 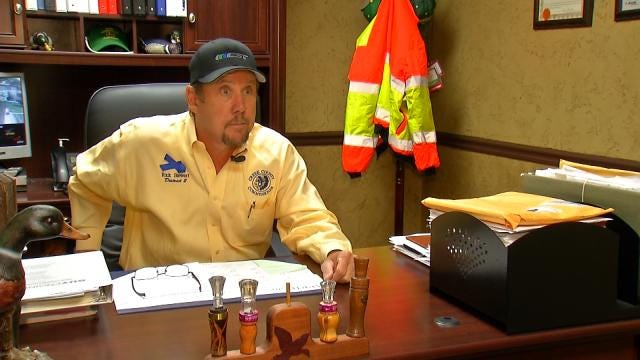 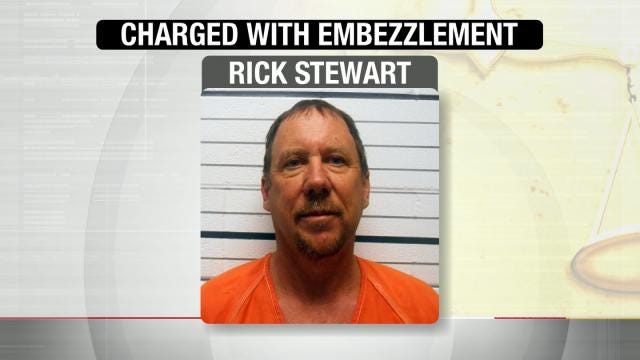 Miles and miles of beat up Creek County roads are in dire need of repair. One commissioner said he wants to fix them, but his hands are tied.

Rick Stewart was charged with embezzlement last year, accused of mishandling a road project. He's still working as commissioner, but said those who elected him are suffering because of the charges.

The district 2 commissioner said there are questions about which roads are public and which are private; and said until he knows for sure he's worried about working on any roads.

It's a bumpy ride down Kennedy Road in Creek County; Mannford resident Heath Spencer said it's a goat trail.

He's has lived out there for a decade and survived the Mannford wildfire, but he said he worries the mile-drive to the highway could be the death of him.

“I have health issues; I have 11 fused vertebrae in my back, two brain tumors and bouncing my brains out coming down this road,” Spencer said.

He said the part dirt, part gravel, part washed out road is a public, but his wife Amber said calls to get county help went unanswered for so long that they gave up hope.

“My husband's the one that maintains it. Nobody else will come up and maintain it,” she said.

Stewart, who was elected in 2012, said Kennedy Road represents just one mile, of up to 75 miles, that needs work.

“I can at least grade that for them if I can just get somebody to tell me I'm not gonna be arrested again for grading that road,” he said.

It's been almost a year since Stewart turned himself in on six counts of embezzlement.

An affidavit says Stewart used county equipment to repair a private road where his family lives, but he said the most recent Oklahoma Department of Transportation map shows the road is public.

He said the charges are getting in the way of the job he was elected to do.

“I'm trying to follow the law and trying to get some clear direction of what I can touch and what I can't,” he said.

Stewart said he's sent specific questions to the District Attorney's Office about road maintenance, hoping to get approval before making any future improvements.

The DA's office said it sent Stewart two opinions, which told him commissioners can only use taxpayer money on public roads and how to determine what is a public road and what is not.

Stewart said the response wasn't clear and said the county needs a new system to better explain which roads are public and which are private.

“Statute says we're supposed to have a book that defines everything that's done as far as roads and bridges. Creek County does not have that book and so what we've dealt with is a 'Crook County' mentality of 'yeah we'll work on this road or no we won't.' And that has to change. There has to be transparency that defines what we can work on,” Stewart said. “The people of the county, they deserve to be able to come in here and say, ‘That's my county, why won't you work on it?'”

The commissioner said ODOT should publish an updated map soon.

Stewart is scheduled to be in court for the embezzlement charges in May.