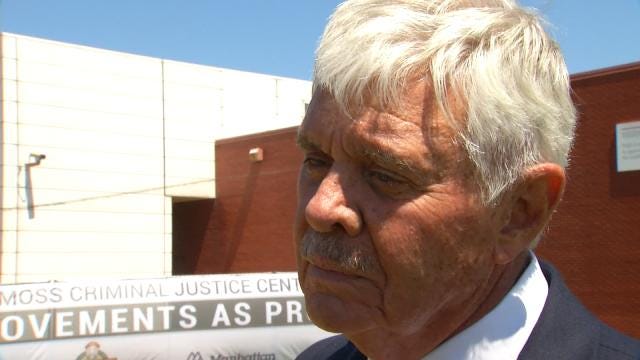 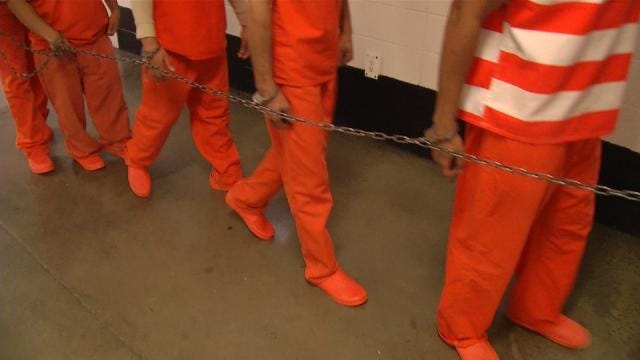 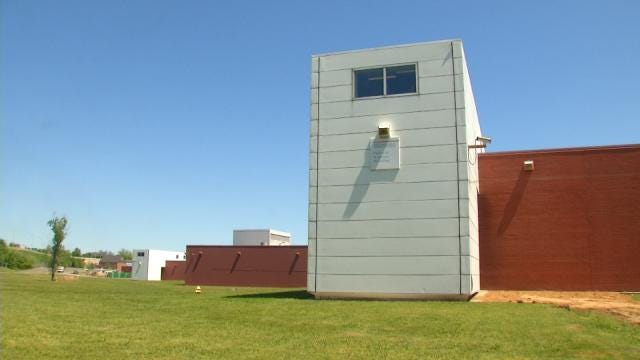 Tulsa County broke ground Monday on an expansion of the jail, even as leaders work to decrease the number of inmates.

The jail was built with expansion in mind - but is the same size now as 15 years ago.

It's built in sections. There are 21 right now, but construction starts right away on four new sections - focusing on children and inmates with mental illness.

From the outside, it's hard to imagine Tulsa County could need a larger jail, but on the inside, it's a different story.

The jail is full, with 1650 inmates, but at times has been so overcrowded, 350 inmates were sleeping on the floor.

So the sheriff is pleased voters approved a sales tax extension to pay for an expansion.

"So there's really a lot going on besides building these new pods. Our goal is to reduce the population even though we're adding more room," said Sheriff Stanley Glanz.

The expansion will create room for 200 inmates. It's being built on the north and northwest corner of the building.

Construction will take a year - and it still leaves room for more expansion in the future.

The jail has 32,000 inmates come and go each year, and one third are on medication for mental illness. The expansion will create a ward just for diagnosis and treatment, speeding up the process for the courts - and decreasing the time mental patients stay behind bars.

That is what the sheriff believes will be the biggest change for the inmates.

"We have people show up here that really don't belong here," Glanz said.

The sheriff believes better treatment will help move the mentally ill out of the court system faster and lower the number of inmates.