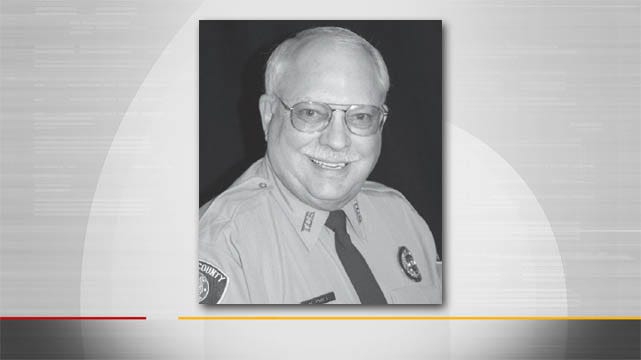 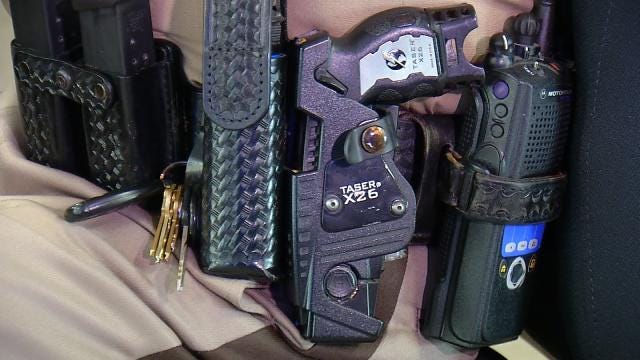 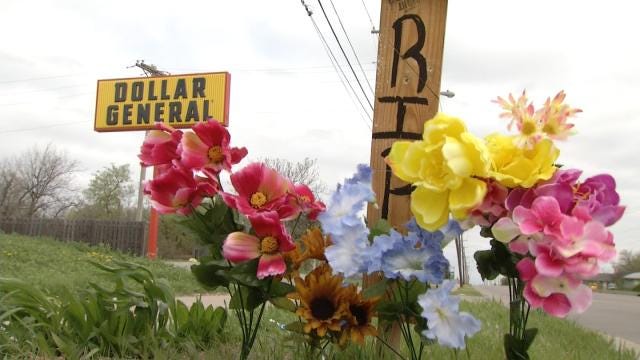 The Tulsa County Sheriff's Office released a statement on Friday saying the reserve deputy who shot a man suspected of selling methamphetamine and illegal weapons "inadvertently" fired his weapon instead of grabbing his Taser.

Ex-convict Eric Harris was shot on Friday outside a Dollar General Store after undercover deputies completed a sting in a controlled buy of weapons and ammunition, according to TCSO Maj. Shannon Clark.

Friends of Harris set up a makeshift memorial where he was shot and killed Thursday. Harris was first a suspect in an investigation into a form of methamphetamine called ICE, and during that investigation, he allegedly made statements about being able to sell illegal weapons, Clark said.

When that sale was completed to undercover officials in the Dollar Store parking lot, things took a tragic turn.

"Initial reports have determined that the reserve deputy was attempting to use less lethal force, believing he was utilizing a Taser, when he inadvertently discharged his service weapon, firing one round which struck Harris," the release says.

Sources tell News On 6 the reserve deputy, 73-year-old Robert Charles Bates, was so shocked when the gun fired, he actually dropped it.

"There were statements made after the situation that led everybody there to believe he did not intend to shoot him, that was not his intent whatsoever,” Clark said on Friday.

Dr. Bill Lewinski is the executive director of Force Science Institute. He's testified in cases where this same type of weapon confusion happened.

He calls it a slips and capture mistake, where an officer thinks they're doing one thing but do another and the result is opposite of what they intended. He says their behavior “slips off” the path they wanted because it's "captured" by a stronger response.

He compares it to when a driver plans to hit the brake but accidentally hits the gas.

Lewinski said officers practice with their guns much more than with their Tasers, especially high-stress training and something as simple as where it's placed on their belt can contribute.

"It's extremely unfortunate,” Clark said. “I can tell you in rapidly evolving situations, things are happening so fast, there's so much adrenaline, accidents can happen."

The sheriff's office said the reserve deputy involved in the shooting was qualified as “advanced,” and he is a former Tulsa police officer. He has been a reserve deputy since 2008 and was voted reserve deputy of the year in 2011.

"He was assigned to the Tulsa County Violent Crimes Task Force where he received specialized training in homicide investigation, meth lab identification and decontamination, and other specialized training sponsored by the National Tactical Officers Association," Clark said in a statement.

"The preliminary investigation has determined that on March 26, 2015, the TCSO Violent Crimes Task Force initiated an investigation into the distribution of a form of methamphetamine referred to as ICE. As the investigation continued over the next several days, an undercover Task Force member made several purchases of ICE from numerous individuals, including Eric Harris. During the course of the transactions, Harris, a convicted felon, also advised he could provide for the sale of a sawed off shotgun and added he had access to other guns for sale. On April 2, 2015, Harris agreed to meet the task force member at 10 a.m. at the Dollar General parking lot located in the 2000 block of North Harvard Ave. in Tulsa, Oklahoma and sell him a 9mm semi-automatic pistol, along with three-hundred rounds of ammunition.

After the transaction took place, an arrest team of deputies approached the car to advise Harris he was under arrest and take him into custody. Before that could be accomplished, Harris exited the vehicle and confronted undercover deputies. As Harris fled northbound, into the southbound lanes of North Harvard Avenue, deputies observed him reaching for his waistband area near his hip, causing concern for the deputies' safety.

After a brief foot pursuit, a deputy attempted to physically restrain Harris. As Harris continued to resist arrest, the struggle went to the ground where Harris refused to pull his left arm out from underneath his body where his hand was near his waistband. During the rapidly evolving altercation, the reserve deputy had what he believed was his Taser from his tactical carrier and attempted to render aid in subduing the suspect. Initial reports have determined that the reserve deputy was attempting to use less lethal force, believing he was utilizing a Taser, when he inadvertently discharged his service weapon, firing one round which struck Harris.

Harris continued to actively resist for a brief time before being subsequently subdued and handcuffed. EMSA was summoned immediately and first aid was rendered until Harris was transported to a local hospital. Preliminary information has revealed that Harris was possibly under the influence of Phencyclidine, a street drug commonly known as PCP, by his own admission to medical personnel at the scene. Harris was pronounced deceased at an area hospital. The medical examiner has yet to determine the cause of death."
Bates' attorney told News On 6 there was no criminal intent on his part. Still, in other instances across the country, some officers have been charged in cases like this.

After the investigation, the Tulsa County District Attorney will decide whether to file any charges.