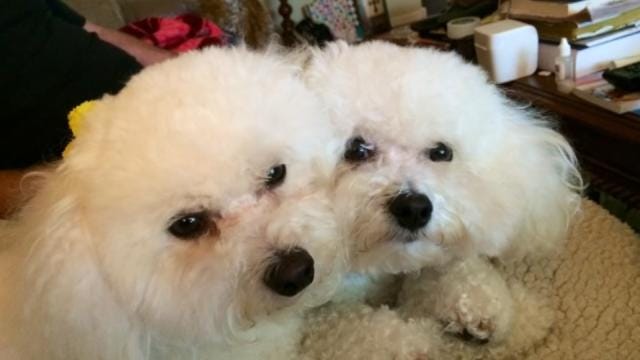 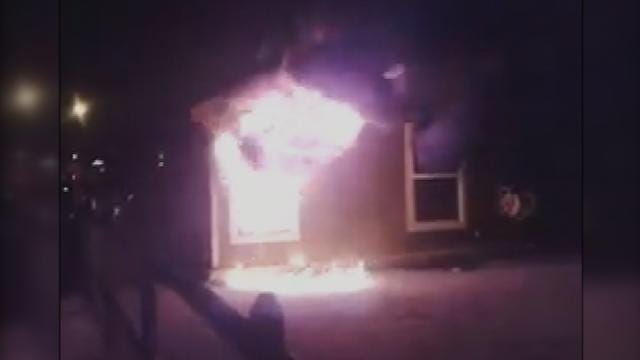 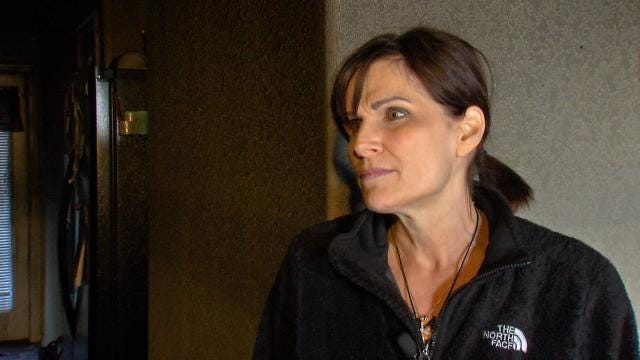 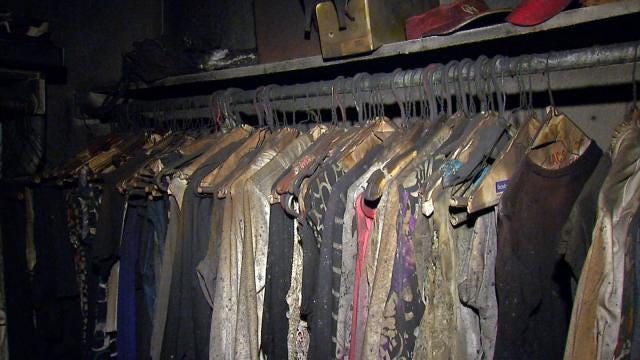 Flames destroyed part of her house, but an Owasso woman says she has a lot to be thankful for. The fire started inside a home in the Maple Glen housing addition near 106th and Garnett Monday night.

The house is still standing, but the damage is significant. You can see some of the victim's burned furniture in the yard, but she says this is just stuff, it can all be replaced.

"I went in my room and I was like, 'Oh my gosh,' the flames are starting to go up the side of my bed," she said.

Marilyn was in her living room with her dogs Monday night when she heard a noise in the master bedroom. Next thing she knew - her smoke alarms were beeping, and her bed was on fire.

"And I debated on what to do. And I thought, 'ya know I think I can put that out real quick.' And then I was like, 'I understand mattresses go up real fast,'" she said.

So she called 911 and rushed out the house with what she says are her three most precious possessions: her dogs, Abbey and Lola, and her Bible.

One of the dogs ran off once they got outside, so her neighbors and family jumped into action, and the lost dog was found through the chaos.

Everything in Marilyn's bedroom was destroyed. But in the darkness of her charred home, Marilyn says the Lord's word is shining a new light on her life.

Marilyn isn't quite ready to watch the video of her home going up in flames. but she has read the kind words of strangers on Facebook, which burn brighter than any fire ever could.

"And the comments were really overwhelming and that's when it hit me, to see the community pulling together like they did," said fire victim Marilyn Jones of Owasso.

"That right there filled my heart to see the outreach of people and what they were doing.

Brian White, who shot the cell phone video, says he made sure everyone was safe before he started recording. Firefighters say the cause is under investigation, but it was likely an electrical issue.

Marilyn has insurance and though it will take some time, the house will be restored.