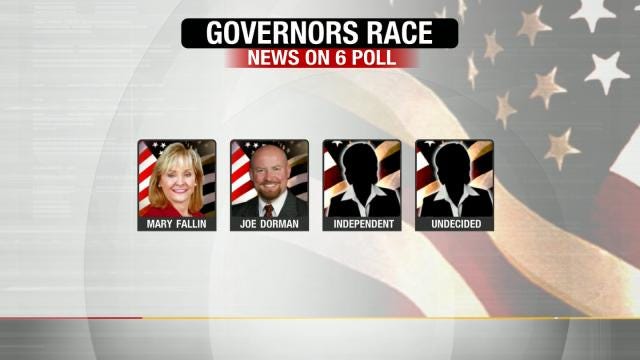 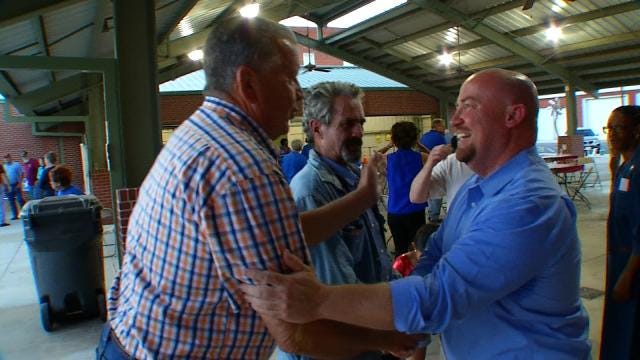 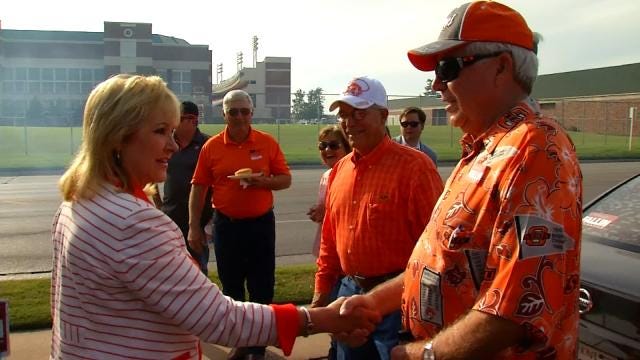 Of 400 registered voters likely to cast a ballot, Fallin is out front with 50 percent, unchanged from our poll last month. Her Democrat challenger Joe Dorman trails with 36 percent.

While it's a four percent improvement for Dorman since our last survey, the Republican incumbent still has a 14 percent lead.

Two independent candidates are controlling a combined six percent of the votes while eight percent are undecided.

The undecided number was 15 percent just a month ago. According to Pollster Bill Shapard, undecided votes typically break for the challenger as the election draws near.

"Joe's going to get more of that vote as the election goes on. At this point, we do not see that there's enough weakness for Mary in which to be in trouble by the time Election Day arrives," said Shapard.

Dorman is not so sure. We caught up with him on a campaign stop in Ardmore this week and he said their new internal poll shows he's only down two points to the governor.

Whether it's a two or 14 point race, Dorman thinks he has a good chance of capturing those still undecided.

“Any time you have an incumbent at 50 percent or less, they're in trouble, especially an incumbent who's been in office for 24 straight years and has huge name recognition," Dorman said.

But, even with new ads running, a lot of people in our poll still don't know Dorman or know enough to form an opinion. 17 percent said they have a favorable view of the state representative and 21 percent have a somewhat favorable opinion.

With just a month to go, a surprising 44 percent have no opinion. That includes one-in-three Democrats who don't know enough about their party's candidate to form an opinion.

Like Dorman, Fallin is spending most of her days canvassing the state. She thinks the poll is validation of her efforts to turn around the state's economy.

Fallin gets high marks from voters for the economy, but she gets below 50 percent approval for the way she's handled education and healthcare issues.

Pollster Shapard said that's led to a tighter race for the governor than for Republicans running in the statewide U.S. Senate races.

The survey of 400 likely voters was conducted Sept. 27-29 by Soonerpoll.com and has a margin of error of +/- 4.9 percentage points. Results are weighted by age and Congressional district, stratified to Oklahoma likely voter demographics.