Vinita Service Plaza On I-44 Renamed 'Will Rogers Archway' 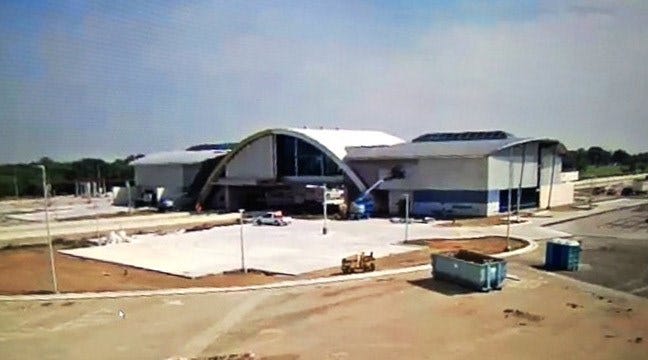 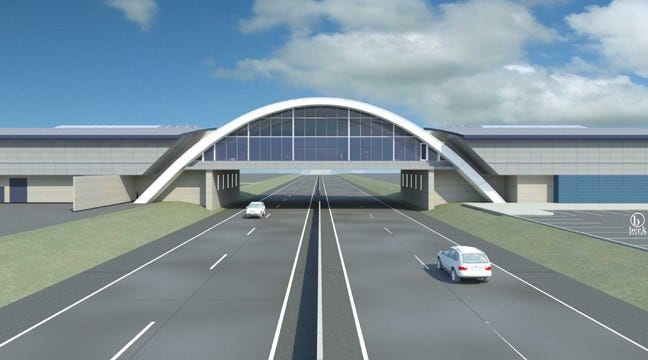 The rest stop formerly known as the "Glass House" has been renamed the Will Rogers Archway. Drivers have stopped at the Vinita rest area on Interstate 44 since it was built in 1957.

Originally built as a Glass House restaurant before becoming the "World's Largest McDonald's," the renovated plaza that stretches across east and westbound lanes of the Will Rogers turnpike in Craig County was renamed Tuesday at the Oklahoma Turnpike Authority's monthly meeting.

Rogers -- a cowboy, actor and humorist -- was one of the world's best-known celebrities in the 1920s and and '30s. He died in 1935 in an Alaska plane crash, along with aviator Wiley Post.

When re-opened, the rest stop will still house a McDonald's. It will also be the site of a Subway restaurant and a larger Kum & Go convenience store.

“We believe the name 'Will Rogers Archway' will for years identify this iconic location for millions of visitors traveling in NE Oklahoma,” said Tim Stewart, Oklahoma Turnpike Authority Executive Director.

The renovation, costing an estimated $14.6 million, began in June of 2013. All the glass in the arched part of the building will be replaced, and the aluminum curtain wall blinds on the west side will be removed.

Its first estimated completion date was spring of 2014, now OTA says the completion is scheduled by the end of the year.

Vinita Service Plaza On I-44 Renamed 'Will Rogers Archway'