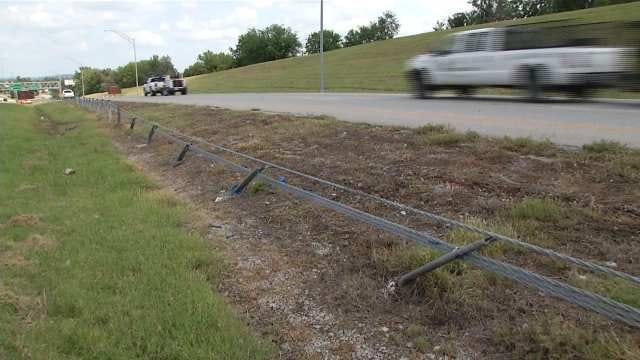 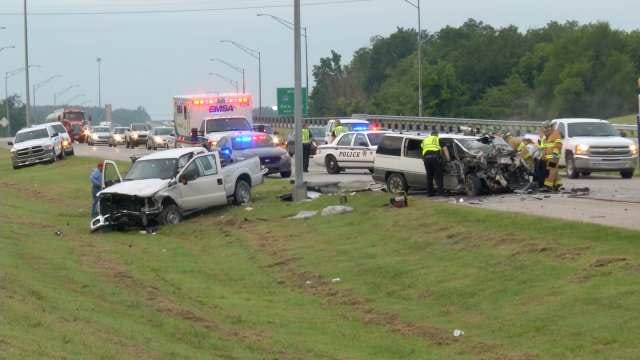 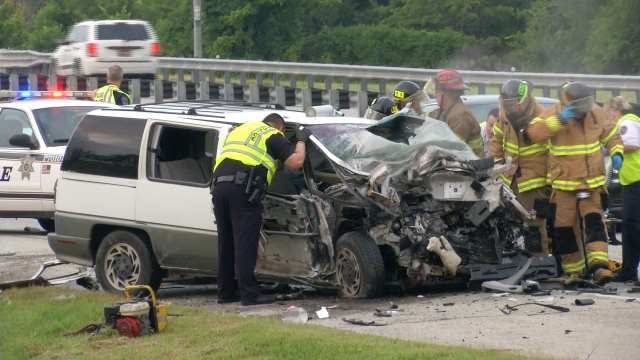 Cable barriers, made to prevent accidents, didn’t prevent a head on crash on a busy Tulsa highway Friday morning. The crash critically injured one driver and backed up traffic on Highway 75 for hours.

A woman was driving south and somehow managed to go airborne, then down and over the top of the cable barrier and hit an oncoming truck.

As a result, the state plans to double check the design of the barrier to make sure it's where it should be.

The accident left a minivan crushed in the front and a 30-year-old woman trapped inside seriously injured. A 50-year-old male was also injured.

Tulsa Police believe speed might have been an issue.

“It appears she just went over the cables,” said Corporal Jason Muse with Tulsa Police.

Even with higher speeds, the cable barriers usually stop cars from crossing over. In government and industry testing the barriers almost always redirect a car away from the median, but installation guidelines caution that placement is critical.

At the accident scene, the barrier was hardly damaged because the van barely touched it.

The Oklahoma Department of Transportation said it appeared the van went down the top of the cable for 70 feet before going into the northbound lanes.

The four cables stand about 32 inches high, but they're in the low spot of the median, by a road that angles up towards the median.

ODOT stands by their installation, but said they'll double check it because of the accident.

"We do go out and take a close look to see if there's anything that should be changed, and that’s certainly something that we'll do here in this area, but really it's too early to speculate if anything could be changed," said Kenna Carmon with ODOT.

At the same time, the state is installing 22 more miles of cables on North Highway 75, on flatter ground, near the Tulsa and Washington county line.

The state has 600 miles of cable barriers in place, with 100 more miles planned right away. They cost one tenth as much as concrete and almost always work.

“So it has surprised us, certainly, as we’ve started installing cable barrier systems in Tulsa County, just the number of repairs that we’re going out and making,” Carmon said. “It's really eye opening to see just how many people are going into the median area and how many potential cross over accidents have been prevented.”

In fact, ODOT's numbers show in the four-mile stretch of cables have been hit more than 100 times and there wasn't a single crossover until Friday morning,