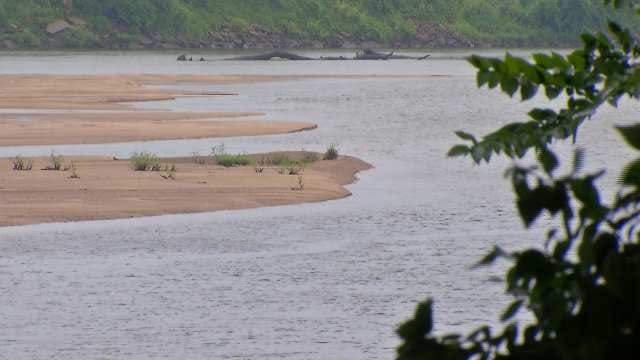 Rain is falling over Green Country, but it's not going to be enough to keep water in the Arkansas River.

Members of Tulsa's River Infrastructure Task Force are finalizing plans to present to voters by the end of the year.

Three new dams could be built to keep water in the Arkansas River in Tulsa.

That was the topic of Thursday’s meeting. Several items are on the table for the task force to consider, including looking at a sales tax to fund the construction of the dams.

Task force members say they've compiled 50 years of studies to come up with a plan to keep water in the river.

The current dam structure holding some of the water back just isn't cutting it.

“Cities across the country would kill to have this opportunity staring them in the face for half a century like we have," Tulsa City Councilor GT Bynum said.

Regional members of the Arkansas River Infrastructure Task Force have been pitching the idea of creating three new dams in hopes more water in the river will bring new development to the riverfront.

The project cost is estimated at $161 million.

“This is where really the fine details of developing the proposal begin... today," Bynum said.

Task force members like Bynum are looking at ways to fund the construction and future maintenance of the project.

Voters ultimately would decide how the project would be funded.

Developers, like the Creek Nation have already committed to riverfront development with the expansion of the River Spirit Casino.

And public-private partnerships like the "Gathering Place" are getting ready to break ground near 31st Street and Riverside Drive.

People who enjoy Tulsa's riverfront are ready for water in the river.

“I think there's very broad general consensus that aesthetically people like to see water in the river, and just the last week or so here we've seen more water coming down and it's been remarkable,” Randy Jackson said. “...it's like, 'hey that's really nice. It looks really nice out there.'"

An avid kayaker, Jackson wants the task force to get a plan to voters so he can paddle on the Arkansas River again.

"It doesn't take a whole lot to please a kayaker... two or three little features and we can have fun all day long," Jackson said.

Tulsa County Commissioner Karen Keith says, "We can't talk about putting water in the river if we don't talk about the levees..."

A meeting about maintaining those flood control levees will happen Thursday at 6:30 p.m. in west Tulsa.